Is “absolute bollocks” more or less bollocks than “utter bollocks” ?

On point 4 it is very difficult to get the money out of a company into an individuals hands without paying a significant amount of tax.

It absolutely is. My company operates in four countries / two continents and there is no where is it possible to extract money other then in wages. So even though I took big risks to try to grow something, the profits aren’t actually mine. They are the companies. In most cases (unless you can access a cheap financial source) if it works out well the profits are corporation profits. If it doesn’t work out well, the losses are personal.

But sure, what would I know, I am only talking bollocks (pure, utter, complete - delete as appropriate!).

If you don’t like it vote for the parties who will change it. I’m not prepared to let the EU what is what to do.

You have proven above you don’t know how to debate it civilly. Usually resorting to capital letters is the final sign. Yet again here an interesting topic gets killed by the inability to debate.

Ok let’s just say this is true (it’s not) can you explain why that’s a bad thing?? What harm has it done to this country??? Cos as far as I can see all our corpo tax rates have done is provide a hell of a lot of employment to Irish people.

So to be clear your argument is the governments do not need to abide by treaty and legal obligations they sign up to and no one has the right to point this out.
Sound like a rogue state to me.

Well I’m sure Ian’s parody account is more on the money than the big man himself. As they replied fly with god.

The Irish News Online yesterday inadvertently used material from a parody Twitter account purporting to be in the name of Ian Paisley MP. Mr Paisley has contacted us to stress he has no connection whatsoever with the parody account. 1/2
4 Likes
JJF 14 September 2019 08:36 #6606

Regarding tax and multinational companies, a few points. Some major corporations locate to Ireland and produce goods here. Many more do on paper but produce nothing. Pretty much all do so, or originally did so, for tax reasons. Haughey and McSharry actually planned this, when they set up the IFSC. Essentially we give them sites and ‘charge’ them little once they come here.

Since that time we have done well out of it in terms of jobs but have bent over backwards in other ways, to the point that we are seen, all over the world, as a tax haven. These corporations find the gaps in the taxation laws of different countries to pay very little tax. They call it avoidance. The E.U. sees it as evasion. Whither or which, it cannot continue. It is terribly wrong and is depriving states of billions, while further enriching a small few people. We cannot permit this ad infinitum. No country could. The other point is that these companies are some of the biggest polluters in the country.

Fact is, we are in thrall to these rich corporations and now rely far too much on them as employers. Meanwhile companies like Waterford Crystal were let die. This is neoliberalism at work. We need to move away from it and start developing different, more sustainable forms of employment. The E.U. is perfectly right to force these companies to pay tax.

It ceases to be a debate when any counter point is dismissed as bollocks. So discuss among yourself there and let the rest of us know when you are finished.

Ah FFS lads, just before this game, of all games, would yis ever just LEAVE IT BLEEDIN OU’!!

Classy as always from the DUP

On Saturday, I analysed the possibility of devolution returning (newsletter.co.uk/news/politics/…). In response, DUP MP Ian Paisley has published a series of untrue allegations about me & brought into it my character & my school. A DUP Cllr has widened it to my apolitical elderly parents.
1 Like
Iomaint 17 September 2019 21:27 #6611

Ian is as clean as a whistle, apart from taking bribes and riding colleagues that is. Meanwhile, back at the ranch…

Government should withdraw the appeal and apologise to our neighbours 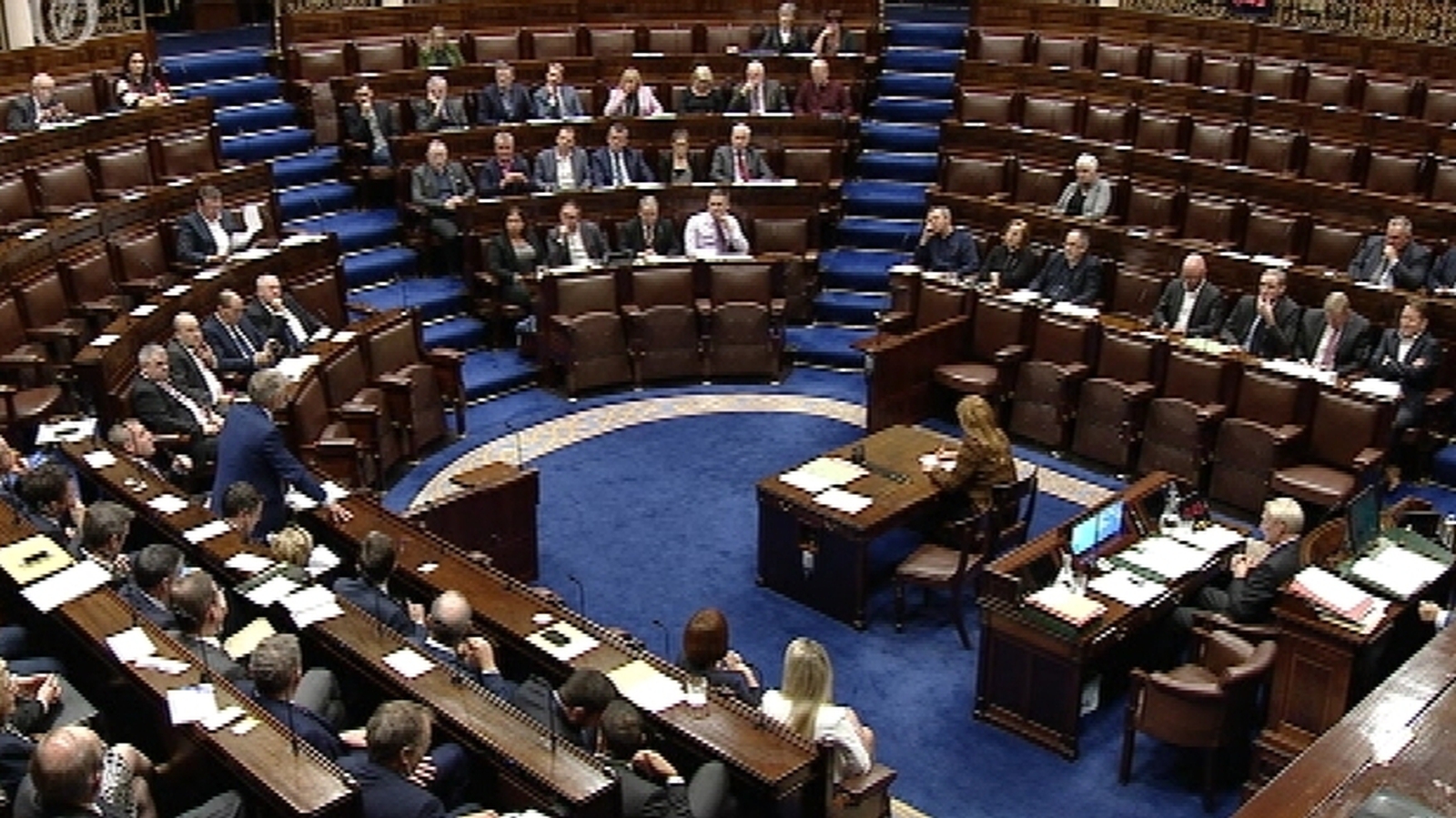 A new opinion poll suggests that Fianna Fáil has a three-point lead over Fine Gael, while Sinn Féin has secured a six-point increase in support.

its akin to will we break your left finger or your right finger. Kunts the lot of them.

These polls are farcical. What has happened that would give SF a six per cent rise a few months after they had their arses handed to them? The other two are two cheeks of the same arse so who is three percent ahead of the other is irrelevant.

There’s only one poll that matters.

I fully agree. How, could SF have gone up by six points? Nothing has happened. No statement has been issued about anything.

No statement has been issued about anything.

Sharon Curley’s up the poll.