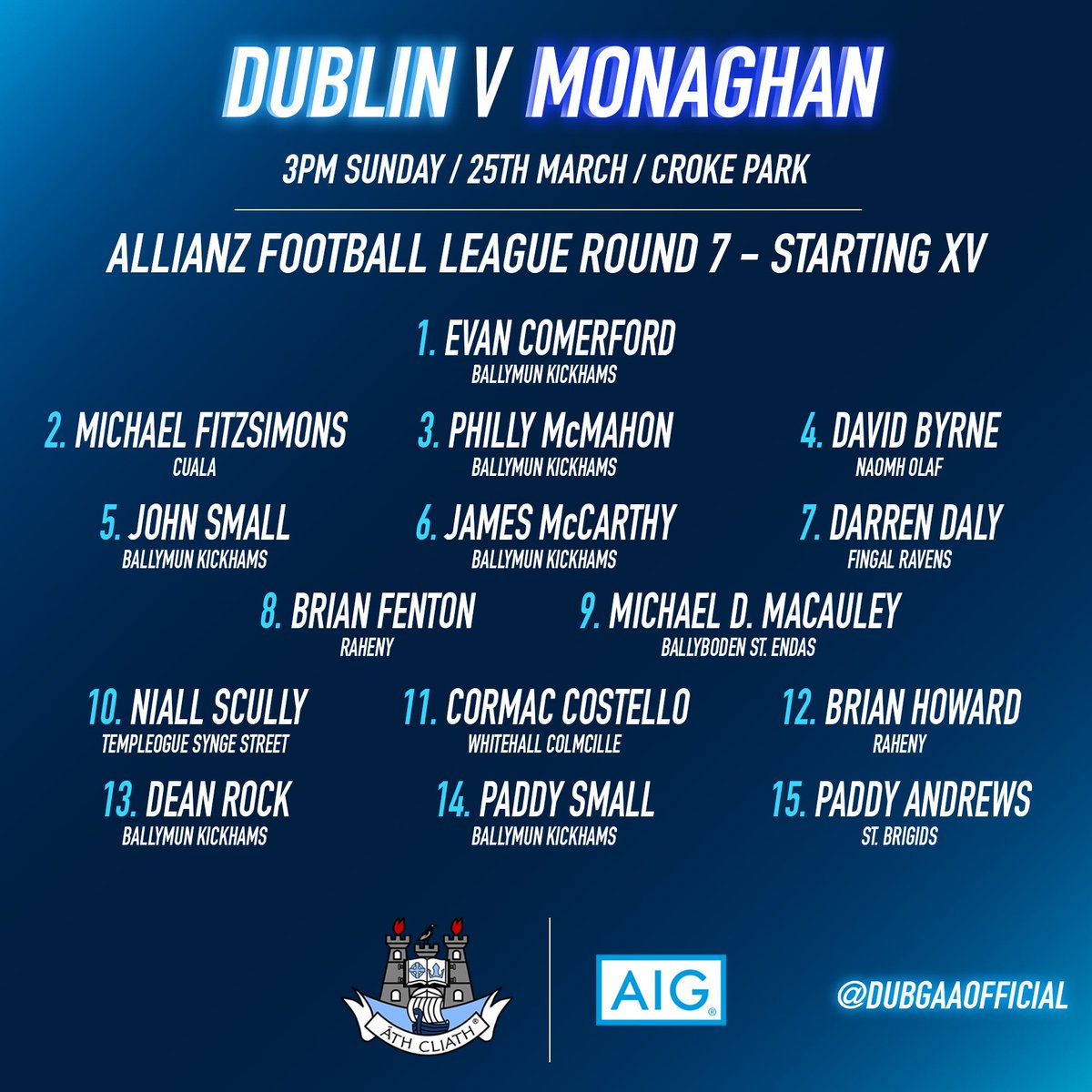 Good to see Cormac start … I hope. Still no sign of that Vincent’s lad …

Bankrolled by keepak. Kevin foley getting helicopters to bring him to training. Getting well fed with steaks while Dublin players were getting milk and biscuits after training . The fucks forget that so I m always happy to see their faces rubbed in the dirt .

We are due to play them in Leinster semi final ,we could beat them by 20+ by then they could be a div 3 team if they are beaten by down today.

Good to see Cormac start … I hope. Still no sign of that Vincent’s lad …

Carthy? I would think he would come on at some stage

C…y? I would think he would come on at some stage

Will be interesting to see if DC played AFL1…if he’s fit and not being “rested”, he’s be likely to tog out today vs OPER.

Went over to take a look at Plunketts/ Vincents game and wasnt on.

When and where was that played?

This morning … it was switched to army pitch in Phoenix Park

ah feck. Went over to Navan Rd. Went over and watched first half of Castleknock/Lucan in Somerton Park.

By my count 6 changes to the starting 15 on the big screen
Announcer called out the named 15!

Not particularly good fare. The non regular forwards are all trying too hard to do something brilliant every time they get the ball. Poor enough goal to concede as well.

Poor game so far. Shane Carthy struggling as is McHugh