The goals were scrored primarily because we were screwed by the referee reffing that game.

Wow … this place … sometimes. Has Willie Joe moved in?

Ah come on. Any talk of taking Leinster seriously or treating it with respect is delusional. It’s a farce of a competition. That’s the truth of the matter. Meath, Kildare and Laois deserve zero respect and I mean that. Maybe calling it as it is is the kindest approach for them because there’s no excuse for us being 1/20. Them odds are down to the disgraceful state of every other county in Leinster bar Carlow who are actually performing above their level currently. Dublin wouldn’t even be 1/5 to win Ulster Connaught or Munster. All we have to do is turn up and play at 60 percent and we win it. The province is a disgrace plain and simple

No excuse from meath or Kildare especially. They have decent populations and should be a hell of a lot better. Kildare had some decent minor teams in the past. Nothing translated to senior.

That’s the truth of the matter. Meath, Kildare and Laois deserve zero respect

this is unbelievable about kildare , they beat meath to set up a meeting with us in last year’s Leinster final which they duly lost ,they then played armagh in the next match and were beaten ,that’s their year over.Fast forward to obryne cup in 2018 they lost both their games they then play 7 league games and lose every one of them !! Thats 11 games they have lost in a row and nearly a year since they last won one !!!

Meath’s problems are summed up by this fooking useless cunning stunt , trying to spin he retired himself from IC football .He was a liability for meath , more than likely mcatee told him he was surpless to requirements. 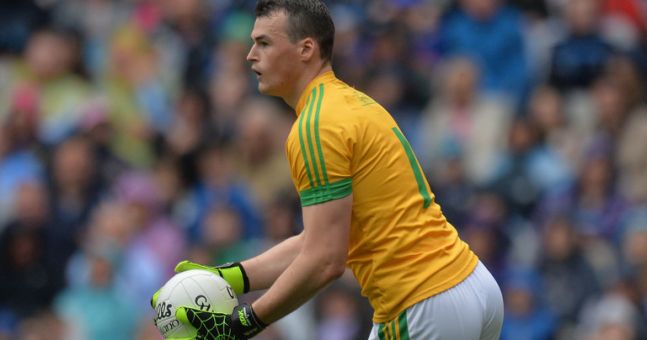 These last few weeks of have been marked with a number of high-profile GAA players stepping away from the sport, firing a valedictory volley at commitments asked of i...

Skip to 0.37s to see why he no longer plays IC football

They are in the Shite and 3 of his club mates have walked off the panel too after the league.

But at least they aren’t Wickla and there massive supporters, brings a new meaning to one man and his dog

That’s some collapse by wexford

Offaly and Wicklow gone to ET

Offaly and Wicklow gone to ET

Damnit! Those extra 20 minutes are gonna really stand to whoever wins for our game …