A non event and should Jim use it as a training session? Sorry if this is insulting to the Rossies, but it is what it is!

Absolutely. A different Dublin 15 than the one that started today would beat Roscommon

Yep. Not necessarily a 2nd XV but would give the likes of Comerford a run out.

Doubt McStay will allow them come for the day out. Best to put the game to bed early and then let the bench loose.

A two week break before the game

No need to change the team radically but lads like o gara lowndes andrews Flynn we basquel should see a lot of game time.

Deffo Macker, he had a slight injury coming into tonight and until the goal, felt he was below par… But what a way to make it up!!!

If only his forwards had been as accurate @Rochey 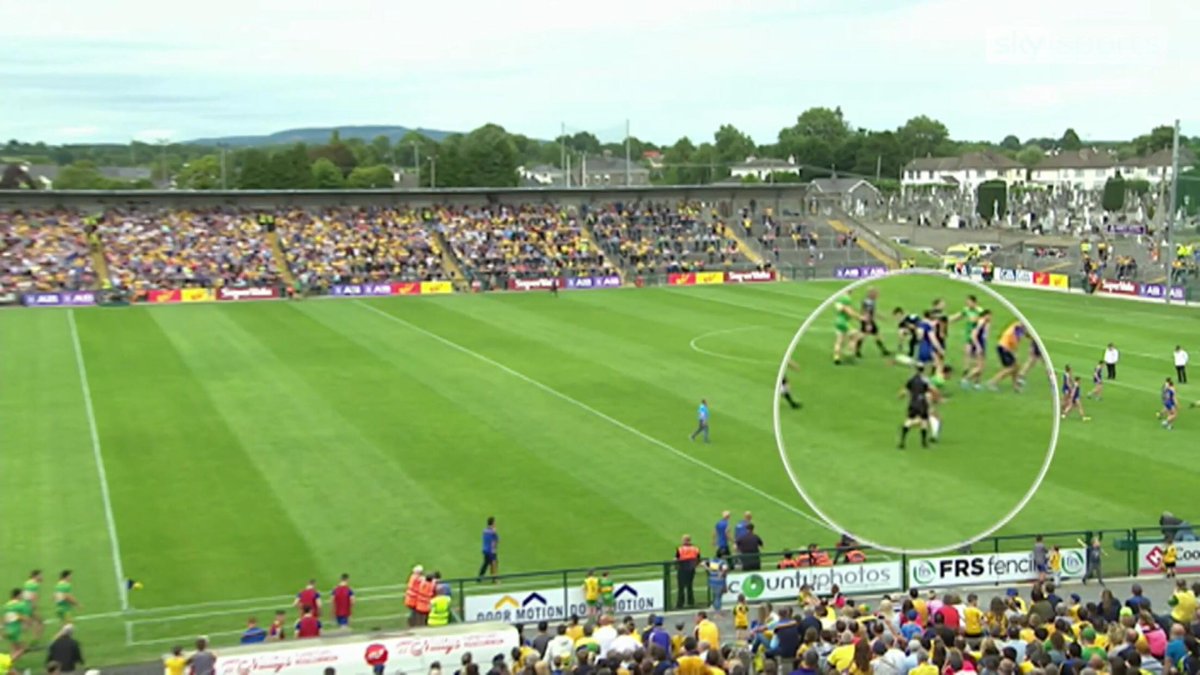 Semi final is the following weekend so changes expected.

So is this our home game ? We should ask Croke Park to tighten the pitch

Is Cillian O’Shea on the championship panel?

Whether he starts later in the year or not I don’t know but I’d like to see murchan play again. Did a specialist job o McHugh and sudden so very impressive so far even if he looks young enough to play in an u15 game.

Rossies have no stomach for a fight once they go behind they throw in the towel. Could be an awful turkey shoot.

It will be horror show. Whoever starts will be either protecting their place, or trying to win one. Rossies are gutless. I’d take -20 on the spread.

Roscommon are a proud Football county and will give it their all in this game. There all may be well below the top standard but they will give it their all. I would like to see us give a few others a game including Comerford in goals. The biggest worry for me would be injuries. I would also like to see us kick long range points and possibly try a man on the square just for different options.

It’s a challenge match. Chance to try stuff. Looking at Kildare and Galway, there is nothing there to worry about.

Rossies have proud history perhaps but have folded last few games, McStay seems an erratic presence on the line. Seems to infect the players.

No but Mike Hunt is.

I’d play a 15 who wont be involved in the semi final. We’ve guaranteed 1st place and there’s 3 weeks until the semi final where all our focus should be. A 3 week run in is what there usually is for a semi final, so I’d imagine that prep should start now.

It’ll give us an advantage over whoever we play because they’ll have a 7 day turnaround from a game they’ll need to win. I see no benefit of playing front liners whatsoever

11 points is the handicap. Buying money?

That seems like the bookies believe Dublin will make 15 changes but in all honesty Jim Gavin could start Dub09 and Unbelievable with Con, Kilkenny, Costello, and McHugh and still win the game by 20 or so.

Jaysus you have a mighty opinion of Dub09 and Unbelievable. Have been following their form recently? I’d rely on them for effort but hardly for scores. But you might be on to something…[quote=“Ohm, post:17, topic:3715, full:true”]
That seems like the bookies believe Dublin will make 15 changes but in all honesty Jim Gavin could start Dub09 and Unbelievable with Con, Kilkenny, Costello, and McHugh and still win the game by 20 or so.
[/quote]

Unless Jim Gavin completely changes his approach this will be as close to his starting 15 for the SF (against Kerry possibly) as he can make it. I think any major changes will be seen in terms of the established 15 leaving the pitch earlier with those close to starting getting game time from 40 mins onwards.

If Bernard is back training 4 weeks now as reported I wonder will he be fit enough for a cameo.