CONFIRMED: Dublin’s Senior footballers will face Louth in the Leinster SFC Quarter Final on Saturday 25th May. The game will take place at O’Moore Park, Portlaoise at 7pm. #UpTheDubs
alanoc 12 May 2019 16:15 #2

Just for the novelty of it I would have preferred a trip down to Wexford. Hard to see many Louth people travelling down to Portlaoise to watch them play us. I’d say the crowd will struggle to get above 15,000.

History Beckons … Let’s get this done

Looks like it could be a Double Header in Portlaoise 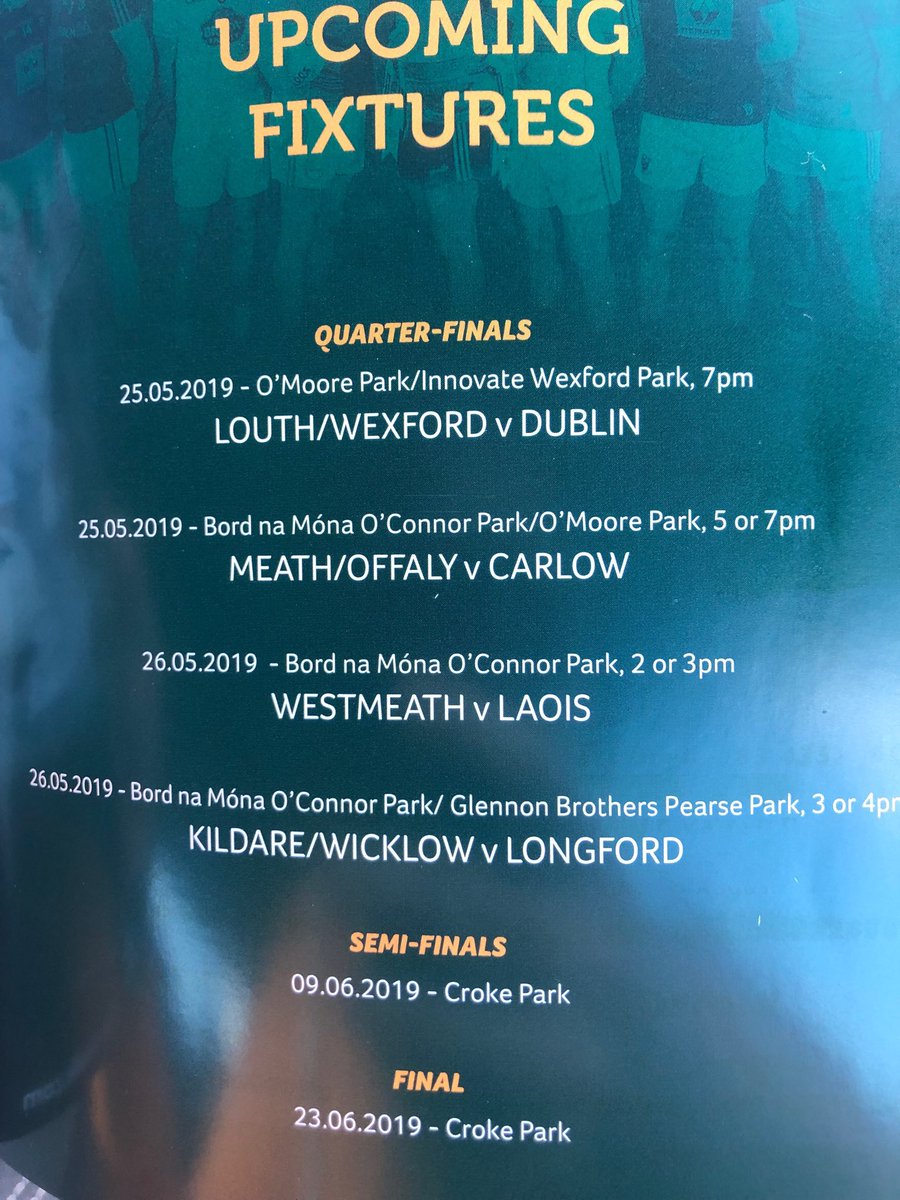 For Louth … now dats a scoop

Bit of a pain to be dragged down that M7 when we’re playing a team from north of Dublin … the GAA, huh …

Don’t get me wrong it’s good that we’re getting out on the road but dragging both ourselves and Louth to Portlaoise doesn’t make sense IMO. Pity Navan isn’t up to standard.

Should play it in Newry.

Should be played in Breffni Park in my opinion

Either would be better for everyone but the provincial council won’t entertain it.

Newry would have been perfect. Adequate-ish direct public transport links for both sets of fans but that of course would require thinking from the Leinster Council

Speaking of which , any news on the ticket front ? Don’t see any sign of them online yet

its a privilege to watch these lads playin, regardless of the venue or opposition. like any other team we can only play whats in front of us. I for 1 couldn’t wait for the championship to get started, so hopefully we’ll still be there in September and celebratin and let the whingers whinge again

Keep in mind the M7 roadworks. Give it plenty of time or go another way.

Leinster games are not played outside of Leinster.

And don’t mention Galway. For the purposes of the hurling they are “in” Leinster

Ballycastle too - and Corrigan. We have had teams from every province in Leinster but Munster won’t entertain anyone … even their own.

Can we mention Ulster finals being played in croke park?