So as the Walsh cup ended yesterday against Galway,the attention turns to Carlow at home in the 1st round of the league in Parnell park

Having already beaten them in the 1st round of the Walsh cup in what was Mattie Kenny’s first game in charge,they do like a battle and will not lie down easily

Assuming no injuries or suspensions there

Hetherton will be suspended after yesterday?

Based on whose on the panel at the moment and fit, I’d go with the below team.
I agree Connolly is just slightly off the pace, is very one sided too. Oisin O’Rourke deserves a start after a few impressive sub appearances
Nolan
Smyth
Callaghan
O donnell
Barrett
Moran
Crummy
McGibb
Darragh o Connell
Malone
Conor Burke
Whitely
Rushe
O’Rourke
Dillion

Like that team! But would have Darragh O Connell in ahead of Malone at No.8

I wouldn’t agree at all on McBride to be honest, I think he will be one of our better guys this year. He gets on a mountain of ball, he can fight for his own ball and he uses it well. He has the skill set to distribute off either side, with the hand or hurl. We miss out on a few scores per game these days because guys can’t handpass off their weaker side when soloing.

The last proper competitive game we had was the Galway championship game last year and he ran that game from midfield against real quality players.

He is young, not every game will go his way. And he has a mountain of opposition for midfield, but I would be surprised if he doesn’t come through it all well.

Would agree with McBride hes a very good hurler,maybe could go somewhere in the forwards but was excellent in championship last year adn got on plenty of ball on Sunday against Galway
I would love to see Boland there though but weve got competition in the middle of the park now and it can only be a good thing

One of the better games ive seen mcbride in was in u21 against kilkenny when he was put in full forward…he has skill and ran at them. Has big potential but needs to develop consistency…playing Kilkenny in Parnell in championship last year will hopefully stand to him, despite it being a tough day out for him.
Boland seems to have the worst look with injuries…hopefully he gets a run free of injuries because he could possibly do a good job at midfield with his attributes…not sure if his stickwork would be at the very top level so i dont think hed start in our forward line.

I actually thought he was decent against Kilkenny last year. He had loads of ball, he just didn’t really have a lot of forwards to give it to in the first half. He was one of our better players in the subsequent championship games. He was excellent in that U21 game you refer to, I think he was alternating between midfield and full forward that day if I remember it right. He was our best on the day. He was also probably our best player on the minor team that had O Callaghan on it that lost to Waterford. So he has a serious pedigree. He is our one specialist midfielder we have, and for me, it is a specialist position.

For me, Boland will definitely make the team if he remains fit. Out of all the young lads produced in the last few years he is probably the best of them, we just haven’t seen enough of him yet so he can prove it at senior. Himself and McBride would be a great midfield, both can run with the ball, can receive it in a tight spot and can distribute it.

Ye in that u21 he startedmidfield and went fullforward in second half and improved his performance immeasurably.
Good minors dont always make good senior but I hear what your saying. Sean Currie is best underage prospect i have seen since Sutcliffe so hopefully he continues on from his minor days. His scoring exploits against all of the top counties was consistently excellent we really need him to continue his development and into a top senior forward.

Definitely think McBride and Boland are worth a shot in midfield together,Malone could go wing forward to accommodate it,anytime Ive seen Boland over the last number of years Ive been very impressed and I was impressed with McBride both last year and that 21s game that yous have mentioned when i was there at it,he stood out for me

He is an excellent player don’t get me wrong just over the course of the championship with Vincent’s and the latest few games with Dublin he just hasn’t clicked into gear yet, he gets on a mountain of ball I agree but It’s his distribution of ball let’s him down hence why he was taking off on Sunday, he is a good player and I’m sure he will come good he just needs a kick it the backside to get going again.

I suppose if hes getting on plenty of ball its a start,better distribution can be worked on easier than gaining lots of possession i would think anyways
The quality of forwards isnt great for us anyways so maybe if we played a two man FF line with troliier having space to run into

He is an excellent player don’t get me wrong just over the course of the championship with Vincent’s and the latest few games with Dublin he just hasn’t clicked into gear yet, he gets on a mountain of ball I agree but It’s his distribution of ball let’s him down hence why he was taking off on Sunday, he is a good player and I’m sure he will come good he just needs a kick it the backside to get going again.

According to Kenny he took lads off because of Fitzgibbon Cup games coming up (like O Donnell and Burke). I don’t see the distribution issue to be honest.

I do agree he hadn’t a super club championship, but I think he was played mainly as a forward, where I seem him as a specialist midfielder. (Vincents played Burke as a midfielder, and I see him as a forward!). 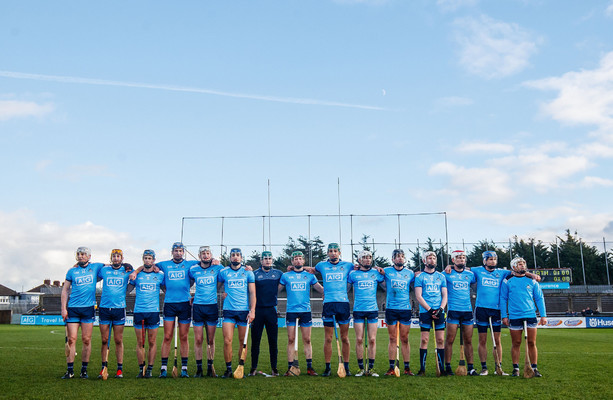 The Sky Blues have 24 players involved in the third-level competition over the coming weeks.

Reading this article again I think Mattie is hinting at playing lads against Carlow that havent featured so far,so maybe the likes of ,Sutcliffe,Schutte,cronin but i heard hes unavailable

It sounds like hes giving thses fitzgibbon lads a bit of a rest so that leaves us with Nolan,Moran,Trollier,Hedgo,Rushe as our main guys
Im sure fitzgibbon lads will start as theres 24 of them but maybe the older lads like O connell will be given more time