Saturday games off Sunday still on

Our Senior Footballers start their 2020 League Campaign this Sunday morning Raheny v Naomh Barrog. Venue @ Alphie Byrne Road Sports Complex, Clontarf Road. Throw in @ 10:30 Thanks to our Sponsors @Mahony_Motors for our new set of Jerseys and their support. https://t.co/viWxFosZ3q 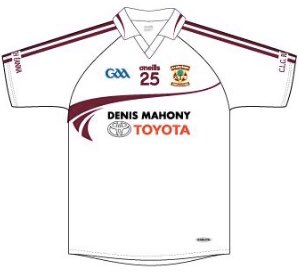 Shocking surface down there for any adult game nevermind senior league

Draw between TSS and towers (Lusk).

Unbelievable display of free taking from Lusk No. 11 especially on a very windy day. Open goal missed by TSS with 5 to go… good game all round… pitch in great nick…

Good game, boughal much the better team. First half peno for whitehall and disallowed boughal goal kept whitehall in it. Costello played for whitehall.

Plunketts opened up well going 4 up on first 8 minutes b4 Anne’s found their feet to level. Ploketts led by2 at the break after playing with the wind . The wind dropped and plunketts were faster out of the blocks and led by the twin threat of wise heads Berno & Nesty they were full value for the win. Top Mark’s to a decent ref and top class pitch at DIT Broombridge campus.

funny I thought the ref made some mad decisions. he played about 3 or 4 mins too long for black card in first half and then played advantage but when the player stopped to just get the free he did him for over carrying. Made no sense. Outside that he did ok but in a tight game either of those could have been big issues.

Had this issue with another ref last year. When advantage was given our player stopped cause he wanted the free. He was told by the ref, “in future don’t stop, because you can’t foul the ball after advantage is given”. And he gave him the original free.
I get that he has explained it, but to me this makes very little sense, should the player who has been fouled originally not get the free as it precedes him fouling the ball?
Also been cases where a player is given advantage and then is fouled again closer to goal and the ref brings it back for the original foul. And when asked about the second foul, they say it is where the original foul took place. These just both seem to be rules that favour cynical type fouling and go against the team in possession when they’re the ones being fouled. Really discourages attacking play.

Happens in both football and Hurling games.
Is there anyone who can clarify this?

Well in a world where we’re bringing in black cards and sin bins to stop cynical fouling, it would probably be an idea to take a look at these smaller rules that are really nonsense.
If you are fouled you shouldn’t have to “play until you hear the whistle”. You should have the ability to take the free, especially if it’s in a scoreable position for your team.
Doesn’t make sense, as then you are essentially saying the original foul isn’t really a foul once you get advantage - unless you get persistently fouled immediately after the original one.

And just from my own experience it’s rare the ref gives you the free that most benefits you if fouled twice.

I often think of this when you see penos on the edge of the box. Ok the contact may start outside but if the main foul occurs in the box give the peno - penalise the fouler.

You would see a fair few Robert Pires imitators in GAA then I think.