Started off as an excel sheet…

Pasted in very well, expected it to resemble a car crash

Portobello won Div 10 South. Think they have been promoted now.

Is it a playoff for the winners of the north league?

Sooooo you’re saying the fixture list that was sent out early January isn’t gonna hold up?? 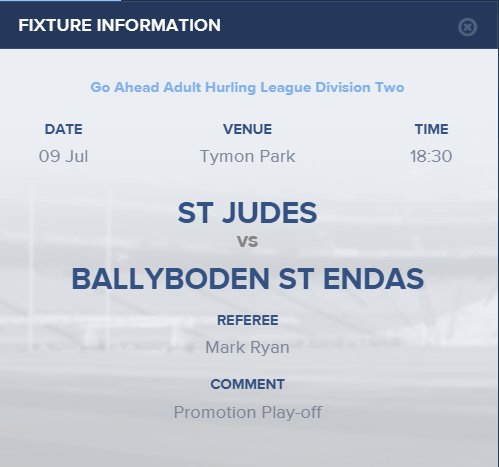 Should be a close enough game. Is Danny back playing with Judes?

Boden’s first team playing Lucan in the AHL1 final at the same time. You would think with Danny, Judes will have enough to win and get back to the top division.

Danny played in the game against Boden the other week. He got plenty of attention. There wasn’t much in it. It’d be disappointing if our lads didn’t have enough this weekend but it won’t come easy. It’d be something else if Boden had enough strength in depth to have two squads competing in AHL1 next year.

Any truth that there is a mass exodus in terms of referees, including some high profile names in Dublin GAA having walked out

Even when Judes didn’t accommodate them earlier in the year. Fair play to Boden.

No idea at all about that.
Probably suited Boden also the 10am start, with a club funeral later on, Ray McKenna RIP…