Any of those goal scorers able to play Intercounty?

In fairness the Bridgids defence had a bit of a mare , still delighted to get the win

Bray cruising for Division 3. Are they officially a Dublin Hurling club or might there be a cap on how far they can progress up the ranks?

No idea, but they will do well to compete in div 3 and by that i mean compete at the top end of the league

Do they have any players on Wicklow team?

They defo would yeah. They are Wicklow Senior Champs 3yrs in a row.

Must have right, shows how little I know about Wicklow hurling

Is there any leauge played in Wicklow? Similar to Naas, it seems unfair to.be playing better leauge in preparation for their own championship…

Only about 4/5 on the panel

There probably is some sort of league but there are other good teams in Wicklow, it is only in recent years they are dominate.

I suspect their links with Cuala may have something to do with them playing Dublin league.

Bray & Naas probably get somewhat similar influxes of Dublin population moving outward. Bray is big town and they have excellent facilities. Plenty of money off Cuala alone over the last few years in pitch rental

Bray were originally a Dublin club, Dublin’s 1st All Ireland was won by Bray Emmets. Even today part of Bray (including their GAA grounds) is in Dublin.

Interesting. Their football team plays in the Wicklow league doesn’t it? 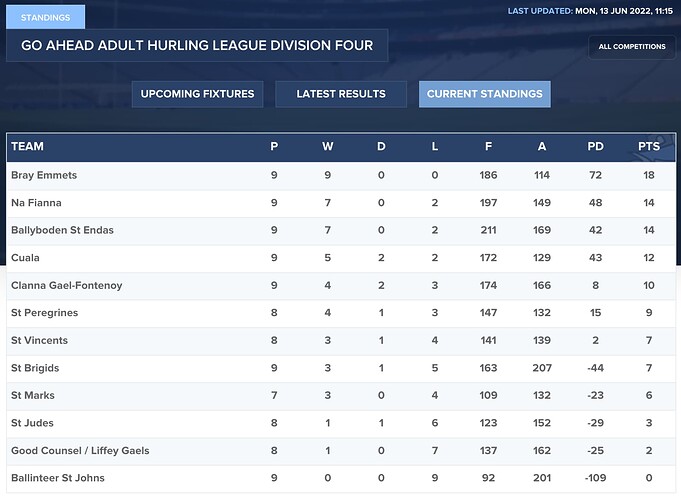 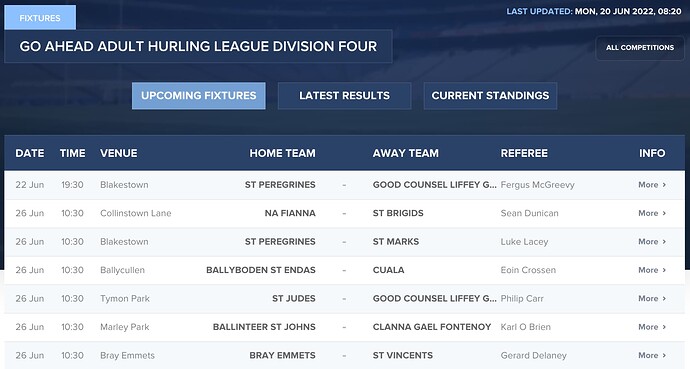 How does promotion work ? Top 2 up and 3rd and 4th playoff ?