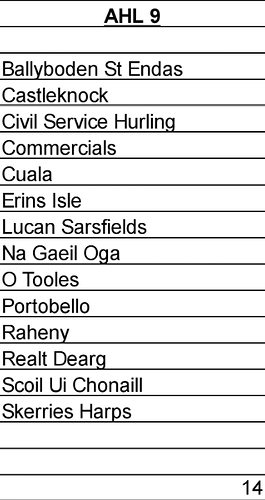 Aye, disappointing but some new challenges in this league. Commercials pushed them close last year.

Be interesting to see how Skerries go in this league after doing well in AHL10 last year but pulling out of champo. I’d still expect Portobello to top this league, if they’ve retained their squad.

I thought Portobello were supposed to be div 5/6 this year?

requested to go up to 8 but difficult to do unless teams above request to come down. Retained most of the squad anyway but like most of the country, a good few heading for foreign shores mid-season

You lads must be mad for action

Where are they heading away to? Cork?

Hearing talk of Portobello trying to swap up to division 8. Any truth to it?

Their first team are in div 6. 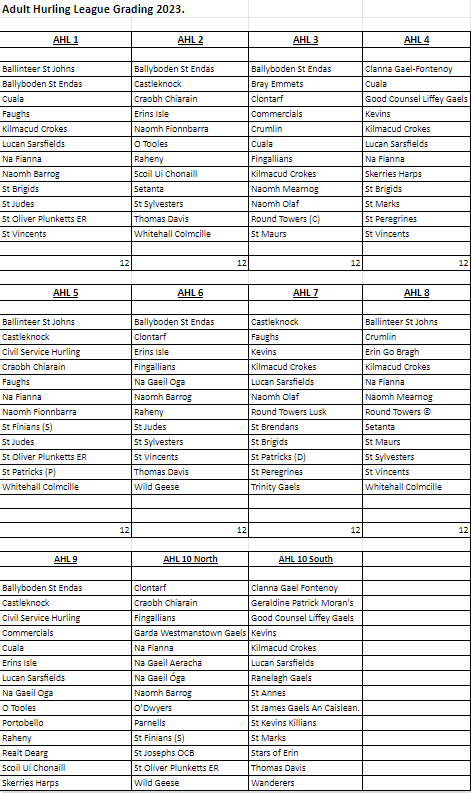 Seems they have 3 teams entered too. Maybe not finalised

Crokes, na Fianna and Lucan with 5 adult teams as well, some going.