Cheers for that. Yes the train is always great buzz for going to games away. Do yis have to change in Newry?

I hope covid does not effect any team this weekend. Certainly cases are on the rise nationwide.

Tyrone aren’t playing, it will be grand.

The out-Kerryed Kerry. You have to admire it.

They did it in 2008 as well in some ways, had the Kingdom completely dancing to their tune pre-final, second-guessing all their tactics to how to play against Tyrone. The media was gushing with stuff about how ‘The Twin Towers’ were going to break the Tyrone swarm, the impression was they were unstoppable, the long diagonal ball was the answer to all their troubles.

And alot of that hype was self-inflicted because their own media mafia were talking themselves up, they were full of confidence after the back-to-back wins, Tyrone had been anonymous the previous two years, the feeling generated was that this was going to be payback day.
Meanwhile there wasn’t a pin-drop out of Tyrone. Not an easy thing to achieve, especially after they had destroyed Dublin in the Qtr final.

Kerry loving the smell of their own farts has been their downfall numerous times.

Twice (at least) against Tyrone they fell for the classic rope-a-dope.

2011 was then pricking around protecting a 4 point lead with more than 10 minutes to go.

We won’t even discuss what The Orchard lads did to them. The utter arrogance that year was especially gauling to listen to in the run up to the AIF

2011 was their worst rope-a-dope of all, in that they blew it from a great winning position, albeit Dublin came and very much took it.
They never doubted winning that final, and let’s be honest, why would they have? Losing to a great Tyrone team again was very very bad but losing to an unheralded Dublin team, for the first time in 34 years, was unthinkable.

The fact that they learned nothing from the years of playing Tyrone prior to that final showed they were still in denial, adopting the same lateral hand-passing possession game that was developed in 2008/9 and had failed (irony of ironies it became the way that Dublin dominated Vs blanket and swarm post-2014, because Gavin & co mastered it so well).

And a bit like the movie, The Sting, the worst thing about it from their POV, something that has been a lasting legacy, is that they never recognised it for what it was. They just carried on digging the hole of how they had been robbed, Dublin were lucky, it was just a freak. Sure wasn’t it good that Dublin finally got their occasional win, good for the GAA, yadda yadda.

This has very much infused their mental attitude ever since, blaming just about everything except their own shortcomings. The funding issue became a mantra, a full-blown conspiracy. Otherwise very reasonable, knowledgeable posters on their forum went right down the rabbit-hole.
To the point where the most they could say about the refereeing in the 2019 final was that “at last we got a fair ref at last”. And convinced themselves they were unlucky not to have won the first day.

Then carried on the deflection and denial with the latest campaign, “Dublin are ruining football with their handpassing”, whilst all the while ignoring their own county having adopted blanket defending, whilst going on about Kerry needing to save the game with their pure football.

And all the time the hype about their latest generation of forwards has built and built, right back since 2018, and even before because of the Minor successes. Brolly tapped straight into it back then with his “Kerry are coming to get ya” comments, blowing smoke up their holes all through 2018.

No Al - straight run down! 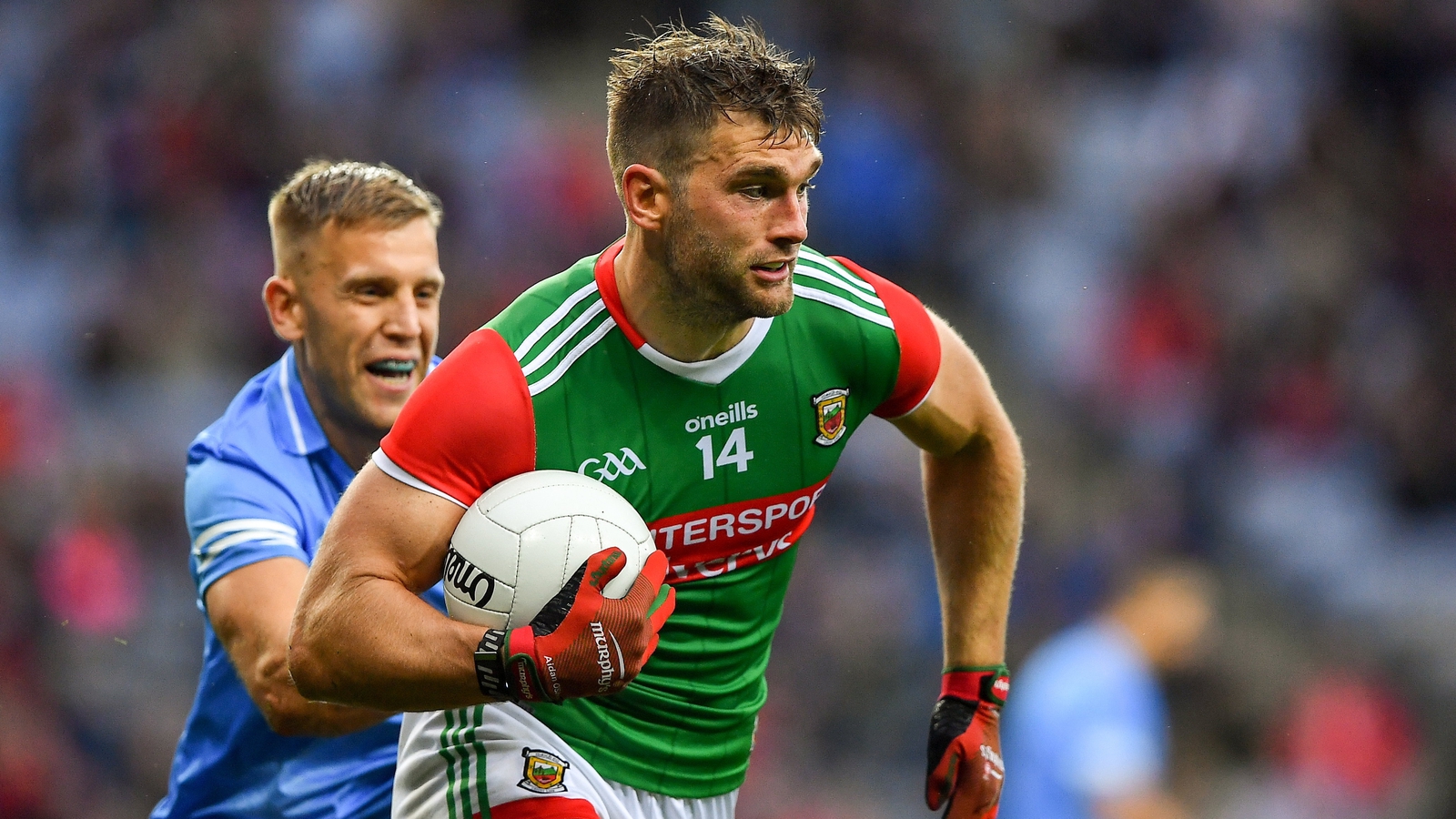 Whelo on the sauce I think

i dunno there could be some merit in that. personally wouldn’t start him but if I was it would be FF.

Mayo play better when he’s not on the pitch

Only place for him is FF for first half, see how hes going winning and laying off. Then gone at HT when/if he’s ineffective

agree. and if he was impact sub… FF. but if he is to start i’d also play him FF and that’s it.

Only place for him is FF for first half, see how hes going winning and laying off. Then gone at HT when/if he’s ineffective

He not a FF against top teams. Will be crowded out there too easily. Doesn’t have the quick hands like a Donaghy to lay ball off for others.

Mayo play better when he’s not on the pitch

Watched him close up against Kildare. As we know his problem is takes too much out of the ball and slows up the ball. How have the various management teams have not worked on this. Mayo forwards in two games against Kerry in 2017 was best saw them. AOS was full back in them games. He should kept for last 20 minutes against tired legs.

I’d do it the other way around. Don’t start him and bring him in in last quarter. In fairness there is no point having AOS at the edge of the square when mayo won’t kick it high in. Too much slow build up, lateral play and back passing for my liking this year.

Position him on the bench would really spook them

i dunno there could be some merit in that. personally wouldn’t start him but if I was it would be FF.

Start him at left back.

…in the dressing room.

A lot of harsh comments online (mostly elsewhere) on Aido. Washed up, useless, a disgrace etc etc. I do think his fondness for social media makes him a bigger target. Multiple management teams have failed to get the best out of him…but they’ve all played him. Are they all wrong?