Tyrone got 1-18 v Cavan and 23 points v Donegal so they are capable of winning totals.

I think Tyrone need a lot more up front . Ok McKenna got two goals but he’s hardly scored a point in all his championship matches thus far . Dependent on McCurry and defenders for a lot of scores

One saving grace is mcshane looks to be on form which would be needed .

McShane adds a certain directness, assume he’s injured is the only reason he’s not starting?

A goal or two in a final can mask a poor performance or drive a team home to victory. Maybe Tyrone have the edge there but otherwise it’s almost impossible to call. I’m looking forward to it.

Considering recent history I’d never begrudge a 6 county side winning an All Ireland as long as its not at our expense. Mayo too need to win one, their fans deserve it, but in sport you get what you earn. In reality you deserve or are entitled to nothing.

Looking forward to the final , Id like to see Mayo win it but wont lose an ounce of sleep if they don’t, Never had sympathy for Mayo losses in previous finals as no one is entitled if your good enough go out and win it , Id save my sympathy for a class hurler born in Longord or a very talented footballer born in Wicklow their inter county path a cursed one.
As for predicting the outcome , well I predicted a Kerry Dublin final so my apples are sour , it would be pure guesswork it really could go either way
Be a surreal feeling watching it without the blue army but thats sport we move on

Has Mc Shane got 75 mins in him and is Canavan fully fit . They need both to win

that makes sense, certainly good enough to start if he was fit enough. Game changer on Saturday.

But he gives the fans a lift when he comes on.

Car sharing is not a good idea

Has Mc Shane got 75 mins in him and is Canavan fully fit . They need both to win

Kick outs strategy should be ok once Morgan lands them inside Mayo’s 45m line. If they can get even 40% possession from this it’s a success. They were forced to go to the wings against Kerry due to Ryan acting as sweeper on edge of the D. Hennelly won’t do that. Losing possession here is not a disaster as Mayo will face 14 Tyrone players between them and Tyrone goal and risk turnovers.

I expect both teams to be Cagey in first half and release the horses in second half so McShane and Canavan should be fine coming on in second.
Second half should be electric.

This doesn’t appear to be a popular opinion on here but it’s one I agree with. I didn’t see much resemblance to a kickout strategy bar hoofing the ball long. That’s ok to a degree providing you can turnover your opponents and counter. If Mayo win the middle and then put the ball dead with the majority of their plays they will find themselves with a huge amount of possession.

Mayo also are not bad at a defensive wall themselves. Tyrone will need to mix it up a bit but I’m not sure Morgan has the composure for it.

Saying that if Tyrone do turn them over O’Se will be like Geaney and Co and won’t have the legs to track back so Tyrone will have overlaps. It’s intruiging in many ways how it will unfold.

But I imagine that too. Hell for leather in the 2nd half.

yes of course - and a windy and/or wet day changes everything.

On some occasions we probably made hard work of games. 2015 final even allowing for the weather could of had a nasty ending on another day.

My expectation and hope for this game is neither team freeze and attack the game. Both being honest are probably ahead of where they planned or expected to be and one set of players will be immortal in their ranks. It’s a huge prize and it’s an even as it could get. Its been a long time since we had such a final.

I’ll repeat a previous post and say this is going to be a very tough and physical game. Both teams are physical and uncompromising. Mayo have more than a few hard running ball carriers, whereas Tyrone usually use short passing to bring the ball forward. There will be a lot of off the ball stuff and the ref ( likely to be Gough) will need plenty of help from his linesmen and umpires. They look evenly matched all over the pitch and difficult to pick a winner. I suppose if either can manage a goal or two they should be well on their way to lifting Sam.

Mayo kicked some good points late on v Dublin but it has never been a strong point of theirs. They won’t get many unpressurised shots from 30 metres or so. Tyrone mightn’t either but Dublin got plenty of such opps in the 1st half.

do ye know anything about BD gettin a kick off cow

I’ve heard that before as mad as it sounds !

He’s a Vet….so I’d say visiting farms and getting the odd dunt is an occupational hazard.

probably just a mad cow, theres a few of them around these parts aswell

probably just a mad cow, theres a few of them around these parts as well. 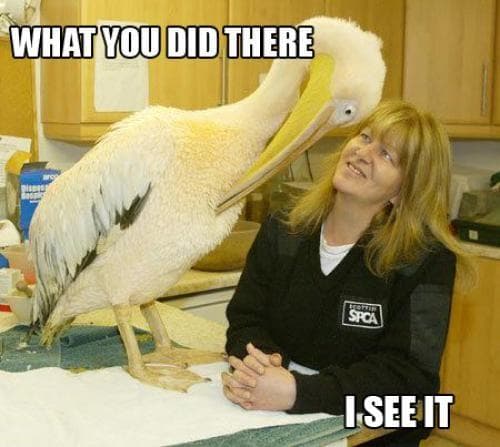