All Stars and POTY awards 2020

I know we haven’t made it to the semi finals yet but I’ve given a stab at both all star teams so far. Loads of change before a final team.

No All Stars this year

Has that been confirmed?

I’ve seen various journalists mention it and a certain show that won’t be named did a segment on it the other day as well as bookies doing odds. 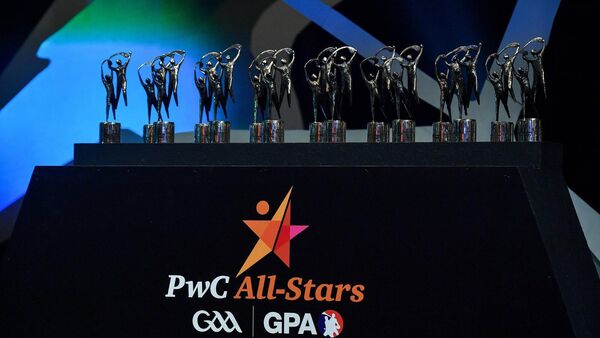 All-Stars set to be named in February

All-Stars set to be named in February

Just a bit later it seems

Well, I suppose that technically means there are no all stars “this” year.

Kind of odd to wait that long, are they hoping to still hold an event?

I imagine the selection will be like a throwback to 80s/90s with nearly all the players coming from the AI finalists. Hard to see non provincial champions getting a look in.

Bugler is 22/23 so don’t think he’s eligible for Young Player of the year?

Yup you’re right I thought he was 21. Peadar Mogan from Donegal I would have said but he’s 22 I think so not sure who’ll pick it up.

Id say someone from Mayo will win it, they’ve thrown in a rake of young lads this year

Just thinking that. Mullin, McLaughlin and Moran all eligible I think so possibly one of them. Mullin the best for me so far.

Last spot in your forwards is probably between Con and Dean

McDaid for me actually and tough call on the other 2. Neither have been brilliant in all 3 games, possibly who performs better in the last 2 games. Possibly both too.

Aido POTY in every position.

A good final for Gleeson, Lynch, Morrissey, Hutchinson, Fagan, Gillane could swing things in their favour.

HOTY: for me a toss up between Hegarty and Bennett at the moment.

YHOTY: I’m not sure how many u21s have starred in this championship so probably still Eoin Cody for me.

Canning has been poor from play, not sure an all star year for him.

It would be purely on his sidelines if he was to very undeservedly get one , did nothing from play against Limerick

Ya that’s probably fair I think after the final one of the other guys will get it.

A certain S. Cluxton is a model not to get one. It seems there’s always someone who is considered better than the great one. Jokeshop Awards.

I believe at this stage that players on All-Ireland winning teams are more than happy with their Celtic Crosses for that year, compared to an All-Star award. Let the All-Stars from here on be a consolation prize by discounting players from the winning counties. If it TRULY was the best player for each position being picked, Dublin should have won a minimum of 10 last year. I say that as a Dublin fan, somewhat biased, but I am genuinely trying to keep that number (10 as it turns out) as low as possible.

I think the players see them as bonuses when they win them but not fussed when they don’t.

I didn’t put Cluxton in my initial team because Galligan has so far captained Cavan to an Ulster title pulling off some good saves in the game and kicked the winning 55 metre free against Monaghan. I don’t think Cluxton has yet been tested to the same extent but I expect him to keep another clean sheet vs Cavan and Galligan to concede a few so Cluxton will end up with the all star.

While I think SC has been done in the past, so far this year, you would have to give it to the Cavan keeper. He has made game changing contributions, while Cluxton hasn’t really been called on to do much so far. This can of course all change.