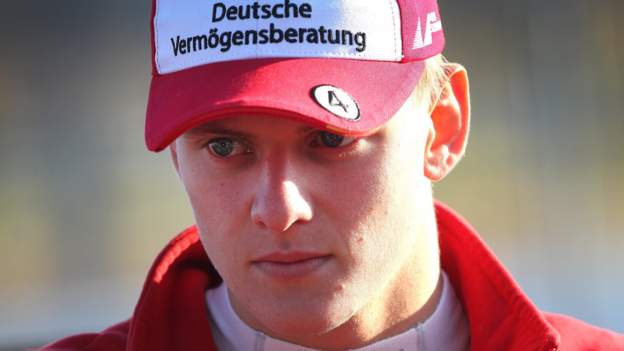 Mick Schumacher, son of seven-time champion Michael, is set to make his Formula 1 test debut for Ferrari on 2 April.

as an F1 fan i get grief from sauber fans who say their team isnt a Ferrari B team. Announcements like that though prove they are.

How much damage did moving from terrestrial to Sky do to F1?

one the one hand you have the absolute piles of money that pay TV not only in the UK but worldwide is giving to F1. against that are the dwindling TV numbers because of this. Does this have an effect on sponsors? I’m not sure, perhaps the teams can market their sponsorships in a way to say the TV audiences are down but the ones who are there are all cash rich enough to afford pay per view TV and so they must have disposable income.

The UK will be the big test this year, its a big market, and they wisely kept the highlights on C4 for each race. F1 has also launched its own OTT service and so I think this is where the sport will ultimately end up as the pay tv contracts expire. Interestingly, F1 was the first sport to have its own OTT TV offering back in the 90’s and what you get on sky now is still actually inferior to that 20 year old product.

I’d say they will go back to terrestrial TV with a world feed but offer the better (much better) on F1TV which any smart (by then all TVs will be smart) TV can show.

Hopefully by then the sport will cost a lot less to run, the big 2021 meeting is on today and they have to really slash the cost of engines (sorry power units) or else it’ll end up as a faster version of the WEC with a very few teams running loads of cars. Amazingly there are fans who want this to happen…

That’s a hurtful remark to post in the official Motorsport thread. My feelings are hurt and I willcomplain to the admins

Still hard to believe all these years on, he and Jordan were my reasons for watching F1 but Ayrton moreso.

That whole weekend was terrible, two drivers dead and one lucky to be alive and there was more luck with an unsafe pit release during the race and when two wheels went into the crowd… Then at Monaco next race Carl wendlinger i think had a terrible accident as well

Remember the panic chicane that they built in Circuit de Catalunya in the aftermath of Imola and Monaco. It was awful!

yeah there was a lot of that, think monza got one too, and they cut holes in the back of the air rams to decrease engine performance.

was watching the last teammate doc again last nigth, had forgotten the drivers meeting in monaco that saturday afternoon when they basically hinted they were going to strike unless something was goign to be done. Spokesperson was Nicky Lauda. Reporters chasing Damon Hill asking him “But how can we slow the cars down”

The cars were getting what the americans call crazy fast. We’d just come out of the Turbo era and the new cars were at first slower but then with technology lap records were being broken all over the shop. There had already been terrible accidents at tamborello in the past and Gerhard Berger in particular was lucky not to have been killed there. In 94 a lot of the tech was banned but the cars were just as fast, but harder to control and I think that it was no coincidence that at the first real fast track drivers died. If it hadnt been there it would have been Hockenhienm, Spa, Silverstone (although theres a lot of grass there) or Monza. Definitely Monza.

Because of Imola today F1 cars are amazingly safe and the circuits have been altered for safety too. The high sides to the cockpit were introduced, and thankfully until Jules Bianci’s death the sport went over 20 years without a fatality. The Jules incident led to Virtual Safety Cars and pushed the introduction of the Halo. It took till 2003 for F1 cars to start smashing lap records again despite all of the efforts to slow them down (like grooved tyres) and then they were slowed down again but in the last three years lap records are being smashed again and again.

Baku last weekend was described as “crazy fast” which it was, despite the massive groundforce (and therefore drag) a torro rosso got up to 226mph on the straight. Luckily it seems the cars and the circuits are now safe enough for that speed. I’d imagine that in Mexico later this year we could see cars approaching 240 which for a road course is stupid fast.

While F1 was doing everything it could for ssafety Indycar was mincing drivers in catch-fences and shrugging it off until they had their Senna Moment with Dan Wheldon. Sadly, it seems an element of the indycar fanbase (and stakeholders) seem to think F1’s tarmacked run off areas, the halo, the VSC and other ideas are, lets be frank here, gay or some other form of effeminate yurppean driver bullshit. These are the ones who will, thankfully, ignore the rest of their own series and only think about the 500 and whinge that they havent broken the 240mph barrier yet like its some form of motorsport nirvana. They dont know (or care) that the gay yurropeans were doing 240mph on the mulsanne straight in Lemans at night 30 years ago and they stopped doing that for a very good reason.

The BBC doc Grand Prix: The Killer Years is excellent

jesus that was an even worse era. but just like 94, eventually the drivers started to make threats and things started to improve. Jackie Stewart and Lauda (again) were the leaders of that too.

Dutch GP back on the calendar. Not surprising given Verstappen 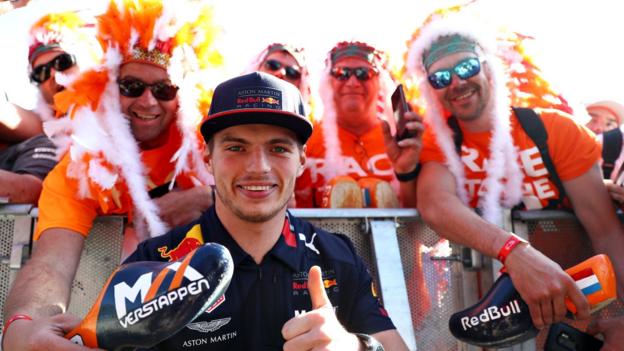 The Dutch Grand Prix returns to the Formula 1 calendar in 2020 for the first time since 1985, with the race taking place at Zandvoort.

Qualifying will be amazing though, some of the corners are going to be amazing, but there won’t be any passing in the racem