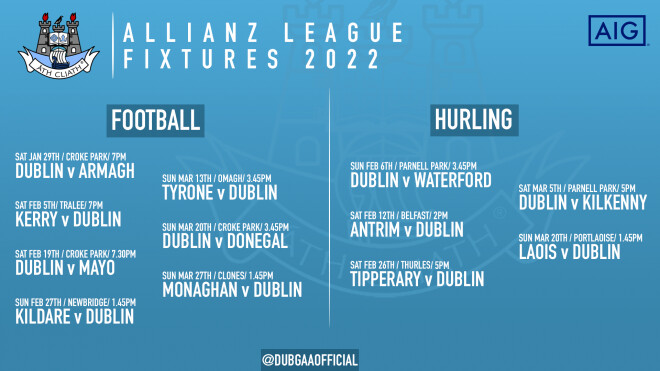 5th February, them Kerry lads will be looking to lay down a marker.

Can’t wait for the league to start, looking forward to it more than Christmas at this stage.
Nice opener against an improving Armagh.
Hopefully Dessie adopts something from Jim and has at least 3 changes in personnel per game to see if the can find any new superstars.

Does anyone know who will be broadcasting the NFL games this year. I presume TG4 will still cover the Sunday afternoon games, but will anyone be covering Saturday night games in the absence of Eir sports. 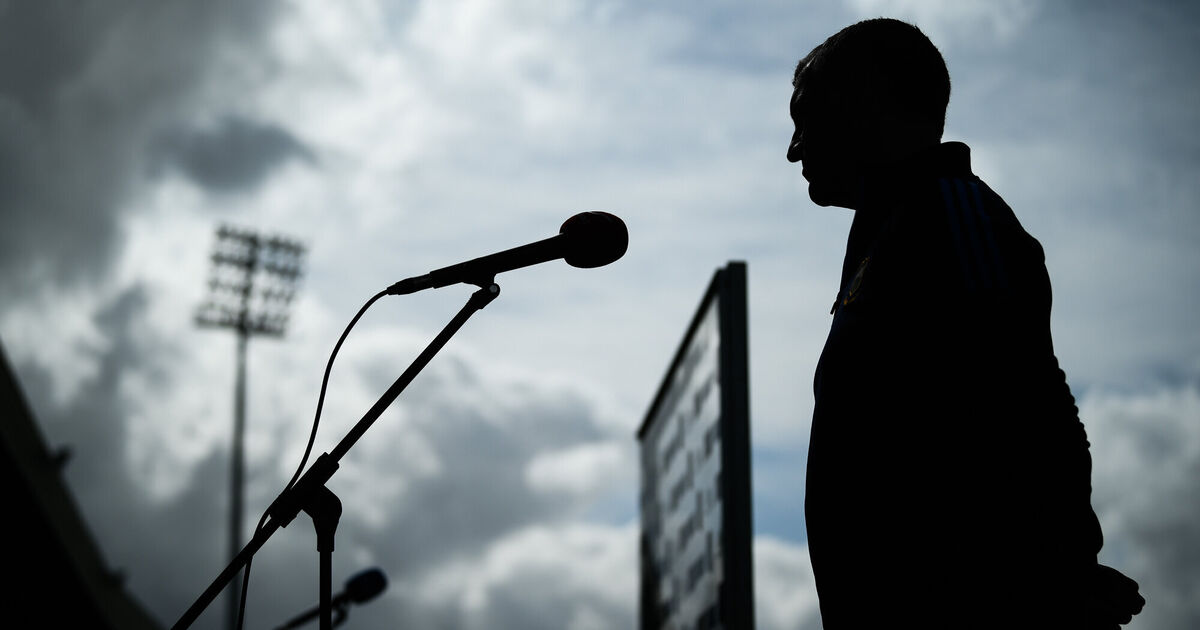 Eir Sport, who recently ceased broadcasting, had a year remaining in their current media rights deal with the GAA

There wasn’t much clarity as of late November when this article was published and there doesn’t appear to have been any update since then.

Rte will surely snap that up? Or virgin. Neither exactly littered with quality programming

I wouldn’t be sure that Virgin would have the capability / nimbleness to just step in just for one league season which is a shame because the GAA badly needs an English speaking free-to-air rival for RTE. Hopefully in this instance TG4 may be able to step in. 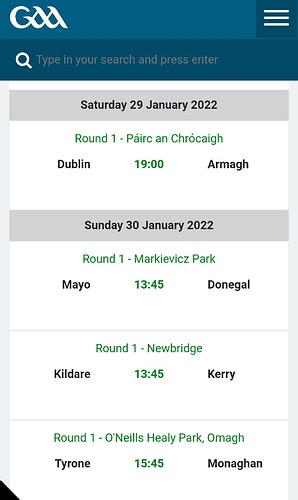 As I understand Mayo are playing no games in Mayo in the NFL this year. Looking at that first round it’s wins for Dublin and Kerry, the other two games I’d say will be draws.

Why not? Work being done?

Aside from Tommy Conroy. Why do ye need two vice captains? Why put pressure on the lad.

Great lad on and off the field. Club mate of my own. Knowing him, being captain wont phase him one bit.

I think it factors in injuries and it also might have been included to avoid a situation where you don’t feel you can’t sub him off if he is having a nightmare of a game. Having two I suppose allows Horan to say Tommy you are in charge, or Paddy you take the lead, as there is a possibility one of the other two aren’t playing or are also having a poor game. If all three are having a poor game, we are probably going to lose that game anyways.

MacHale Park pitch to be extended and resurfaced

I think we are trying to get the pitch closer to Croke Park proportions and pitch standard. I think it is an effort to replicate Croke Park conditions at home.

Did they extend it though G&R? From what I can see there was a new drainage system put in, pitch relayed and re seeded. There had been a suggestion a number of rows of the Albany End would be taken out but that has not been done afaik. MacHale Park is one of the smallest country grounds dimensions wise.

5 metres it says here. I think it’s a shame they didn’t widen it by 2 to 3 metres. We can sacrifice some seating on the MacHale Road side. 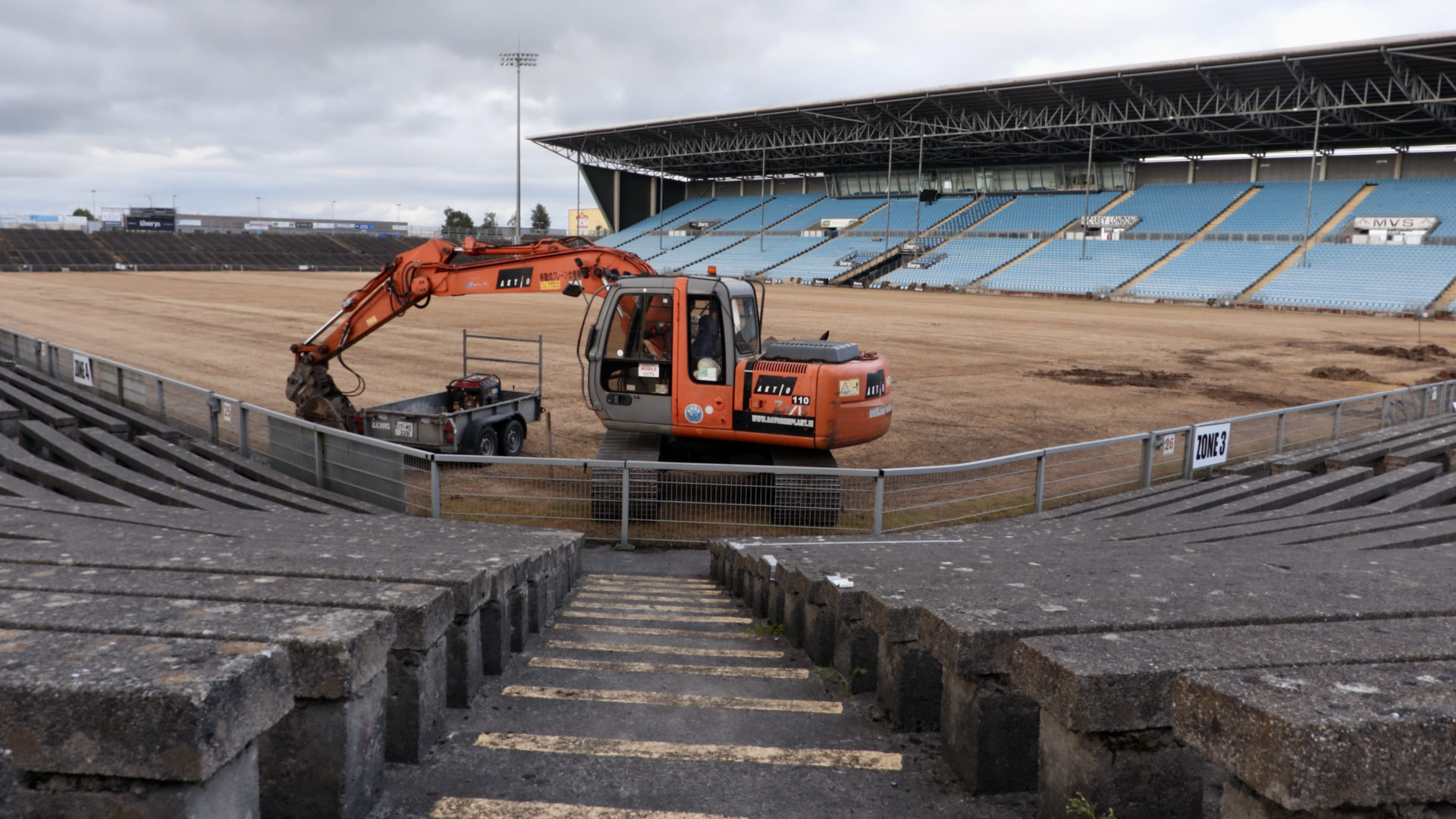 MacHale Park as you have never seen it before

Agree they could afford to lose some seating because the ground can technically hold 38,000 but due to Health and Safety overkill it can only hold 24,000 now days assuming there is a minor/curtain raiser game.

Great choice going with Coen. Was he captain of minor and 21 teams when Mayo won? Think he was captain when UCD won Sigerson in recent years.Durcan is another leader and good vice captain. Would have Keegan ahead of Conroy as the other vice captain. Conroy only one full season with seniors.

Midwest Radio - MacHale Park pitch to be extended and resurfaced

I think we are trying to get the pitch closer to Croke Park proportions and pitch standard. I think it is an effort to replicate Croke Park conditions at home.

Good stuff, the more pitches up to that standard the better.