The Irish Times seem to suggest that Costello was talking about a club game when Connolly got “the treatment”, not an inter-county game.

Think it was Westmeath game Costello was referring to.

Who is the club mentioned in the report that brought some form of issue to the Leinster council regarding the date of a fixture or something along those lines? Haven’t heard anything about it until I read the report

Delighted they were called out on it. Also good to see clubs being called out on the whole, refusing to name players/supporters involved in rows.

Any way of copy & pasting relevant extracts from a PDF?

should be just able to copy and paste, try opening it in Mircosoft Edge?

At least you are seeing more than most counties - they only see the bit at the end!!!

World Domination’ ? Think Again! It’s official: world domination beckons for the Dublin footballers. So it has been claimed in certain quarters after we became the first county to win back-to-back All-Irelands since Kerry in 2007, with Jim Gavin feted as the first manager to retain Sam Maguire since Billy Morgan in 1990. Do our historic trailblazers and their manager deserve the high praise heaped on their shoulders since 1st October? Without question - they are a credit to our county and themselves. But I have an issue with the more extravagant hyperbole that tends to greet most All-Ireland champions, and more especially, a team that has garnered four of the last six SFC titles. And it’s this: all this talk of Dublin domination could strengthen the argument (a nebulous one, I believe) that something radical must be done to “stop them”. We’re not even talking about splitting the capital in two – thankfully that canard has been buried in the dustbin of daft ideas.

There is much talk of funding equalisation in the GAA, how the finances at our disposal must be curbed to “level the playing field”. But this presupposes that Dublin GAA is awash with cash (we aren’t) or that you could slash our funding from central coffers without any negative effect. At the most basic level, this is about jobs - that funding is diverted to coaches operating at the juvenile and club coalface throughout the county. Let me stress, I fully support efforts to bolster the central funding available to so-called weaker counties – they aren’t blessed with some of the advantages that Dublin possess and they need help. However, it behoves Croke Park to find ways and means of generating more resources, instead of settling for a division of the same cake. Put bluntly, extra funding for other counties should not come at the direct expense of Dublin’s games development initiatives. Bleed that well dry and it won’t be long before soccer and rugby make inroads back into terrain that Dublin GAA has fought, tooth and nail, to colonise in the first place. I’ll finish with a few statistics that might modify your viewpoint about Dublin’s alleged supremacy. There has been much talk of how we’ve monopolised the Leinster SFC since 2005, winning 11 of the last 12 provincial titles, and I cannot argue with the stats. But our record at under-21 and, especially minor level, is far less emphatic. In that same period (2005-16) Dublin have won just four Leinster minor championships ('09, '11, '12 and '14), failing to reach the last two provincial finals, and harvesting just one All-Ireland (2012). Our record at under-21 level is more impressive – seven of the last 12 Leinster titles, and three All-Ireland successes in 2010, '12 and '14 – but we have failed to reach the last two AllIreland finals. Suffice to say, there are plenty of ambitious players and managers in other counties who have tasted underage success against us. They will be desperate to emulate that feat in the senior grade. Moreover, if you consider Dublin’s victory margins in this year’s All-Ireland series (five points against Donegal, two against Kerry and just one against Mayo, after a replay) you could hardly say we are streets ahead of the chasing pack. No All-Ireland is easily won. Next year’s certainly won’t be.

Is he the first Finglas man to ever use the word canard?

Social Capital
On the subject of infrastructure, the need to provide people, especially young people, with
facilities and amenities for their health and development has never been more acute. This is
especially true in large urban areas where space is at a premium. Because of this any
available space usually comes with a prohibitive price tag that is out of the reach of many,
especially the many voluntary organisations who work tirelessly in our communities.
Following on from the catastrophic economic events of recent times, I feel we should
carefully consider the type of investment we want to see in our communities. Now that
economic choices are thankfully becoming a reality again, more than ever we need to ensure the best value for this expenditure. We need to realise that not everything can be measured in
hard currency – in euros and cents. We need to give a real value to social capital. We need
to give it real weight in our decision-making.

The true worth of local amenity infrastructure projects cannot be measured on balance sheets
alone. This needs to be recognised by those making decisions. You cannot easily measure
the benefits such amenities bring. You cannot measure the real and add-on value they give to
communities – particularly the benefits to mental and physical health.

So in instances, such as the aforementioned Spawell Complex where the State is selling off
assets, I firmly believe the social impact should be considered. If the asking price is being
met, surely a potential project for the benefit of the local community should be given some
weight. Surely this is of greater value to the taxpayer - because our communities are full of
taxpayers. And there is nothing better for a taxpayer than to see a tangible benefit from their
taxes.

So it is my absolute belief that social capital must be given a value – it must be
recognised. It must be taken into consideration when making decisions on matters such as
the disposal of State assets. I believe there are still many properties in State ownership where
this could be applied in the near future. Could a person such as a retired judge be appointed
to consider such sales and apply a fair weighting as he or she sees fit? I think this merits
serious consideration. Or will we always sell off the family jewels.

I like the recognition that there are issues with the county minor footballers. For what ever reason, the results here have been cat for the last couple of years. Good to see there is recognition of this and is being looked at. Maybe they could look at the senior hurling set up at the same time😀

John Costello’s Annual Report is our there. The usual nuggets and some interesting stuff on Spawell.

'A crude device to try and devalue achievements' - Dublin GAA chief hits out at...

Dublin GAA chief executive John Costello has used his annual report to hit out at criticism of the county's funding as well as taking issue with media coverage of Jim Gavin's team.

Love the way they quote Spewbag McKenna to make it sound like its him that John wrote about!

Good man John, keeping the six shooters warm for Dublin. We’re blessed to have him. 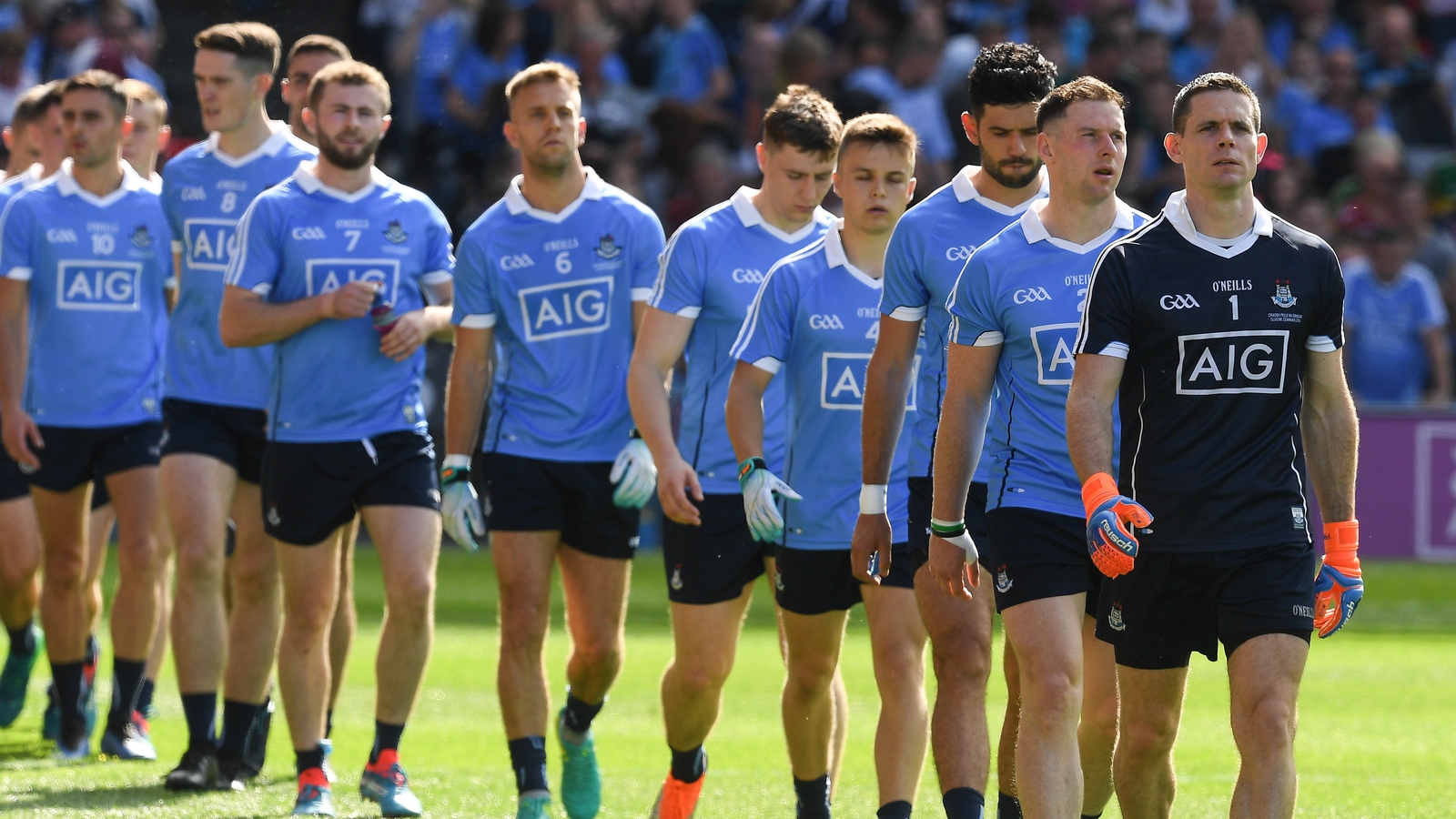 Dublin GAA chief executive John Costello has taken a sarcastic swipe at critics of the county's footballers, making a thinly veiled suggestion that Jim Gavin would get more praise of he behaved like Jurgen Klopp or Jose Mourinho.

Absolutely great to see JC hit back at Pugman

Full report here and as usual it is extensive. Aside from the usual pieces the media will pick up and go after there are some really interesting bits on club and rule changes etc - and also re Speawell on p32