I have a feeling it might simply be because it sort of rhymed with Anto.

Does anyone know how he got the nickname the “blue panther”?

"Back in 1974, there were also big expectations. After all, it was our first All-Ireland final in 11 years. That was when I got my nickname, The Blue Panther. I think some of the fellas from my club, Synge Street, made up a banner and put The Blue Panther slogan on it.

The name stuck. People still call me that today. I don’t know why they gave me that name. Maybe it was the way I used to move on the pitch! Or to be more accurate, the way I didn’t move!"

I'LL go along early to Croke Park on Sunday. It's great to see the Dublin minors in the All-Ireland final as well.

Impossible to read this without crying.

RIP to a legend.

'And a single tear rolled down that lovely, generous face' - Roy Curtis...

HE wore his fame as lightly as the Sky Blue shirt that was his superhero cape, the uniform from which he delivered a golden sunburst of euphoria to the city of his birth.

Cheerio Anton, thanks for the memories.

A great footballer and a decent bloke. My footballing highlight was when he came up to watch us one day and told me I had a great game. To hear that from a footballing legend was worth more than any medal. Apart from his on field heroics he also brought TSS back to senior football many yrs back. Blue Panther RIP.

Very sad news. Anton was a class footballer and a true Dublin warrior. I’d be of the same mind that Dublin wouldn’t have won in '83 were it not for Anton. Ar dhies De so raibh a n anam.

Curtis at his absolute best. I had something in my eye, honestly!

Great player, privilege to see him in a Dublin Jersey. 68 is no age these days , you forget how young some of these men are.

Watching the footage of him and the rest of lads playing when I was growing up is where I found my love for Gaelic games. A great friend of me father and a gentlemen to boot! R.I.P Anton.

URoy has been typing for what seems an age now. You just know this is going to be an epic tribute.

Feck ye @ProudDub, I’m standing outside a shop in Vilamoura in tears after reading that. Thankfully sunglasses are doing their job.

An Absolutely brilliant read. A great tribute to him

Only caught the tail end of Anton’s career but the man will always be an absolute colossus among those fortunate enough to have pulled on the blue shirt. My favourite memory of him comes from the 1983 Leinster Final. I stood on the Canal End that day as a 9 year old for a game in which we were given little hope of upsetting the reigning All-Ireland Champions Offaly, who had become a positive nemesis of ours since the turn of the decade. I’d be going to matches for three and a half years at that stage and never seen us beat them. Anton was the elder statesman of what was essentially a new team and the years had taken their toll on his legs. The trademark rampaging runs and sidesteps were a thing of the past but Heffo knew he could still play a pivotal role on the edge of the square, just as he himself had at the twilight of his career. Shortly before half time, Anton miscontrolled a Barney Rock pass but improvised with a deft handpass to the unmarked McNally to smash the ball to the net. Before Offaly could retreat to the changing room for a breather, we got a line ball out under the Cusack Stand. As Dully was preparing to take it, my eye was drawn to Anton, grabbing a hold of his younger teammates in turn by the arm and pointing each towards various points inside the large rectangle. What was he at? Well see for yourself at 11:54 in the video. Watch it as many times as necessary to divest yourself of any notion that good fortune rather than the actions of an acute footballing brain had anything to do with this goal. It was to prove the fatal blow to the beast and a critical step on the road to Sam.

My heart sank a little when I got the news this morning. Although we lost Mick Holden twelve years back, Anton is the first of the '74 crew to leave us. Everything, absolutely everything, Dublin football has achieved since has been built on the foundation of the implausible resurrection those men, be they on the pitch or directing operations from the dugout, fulfilled that summer. We lost one of our greats today, no question. Thank you Anton, go gently on your way and rest in peace. 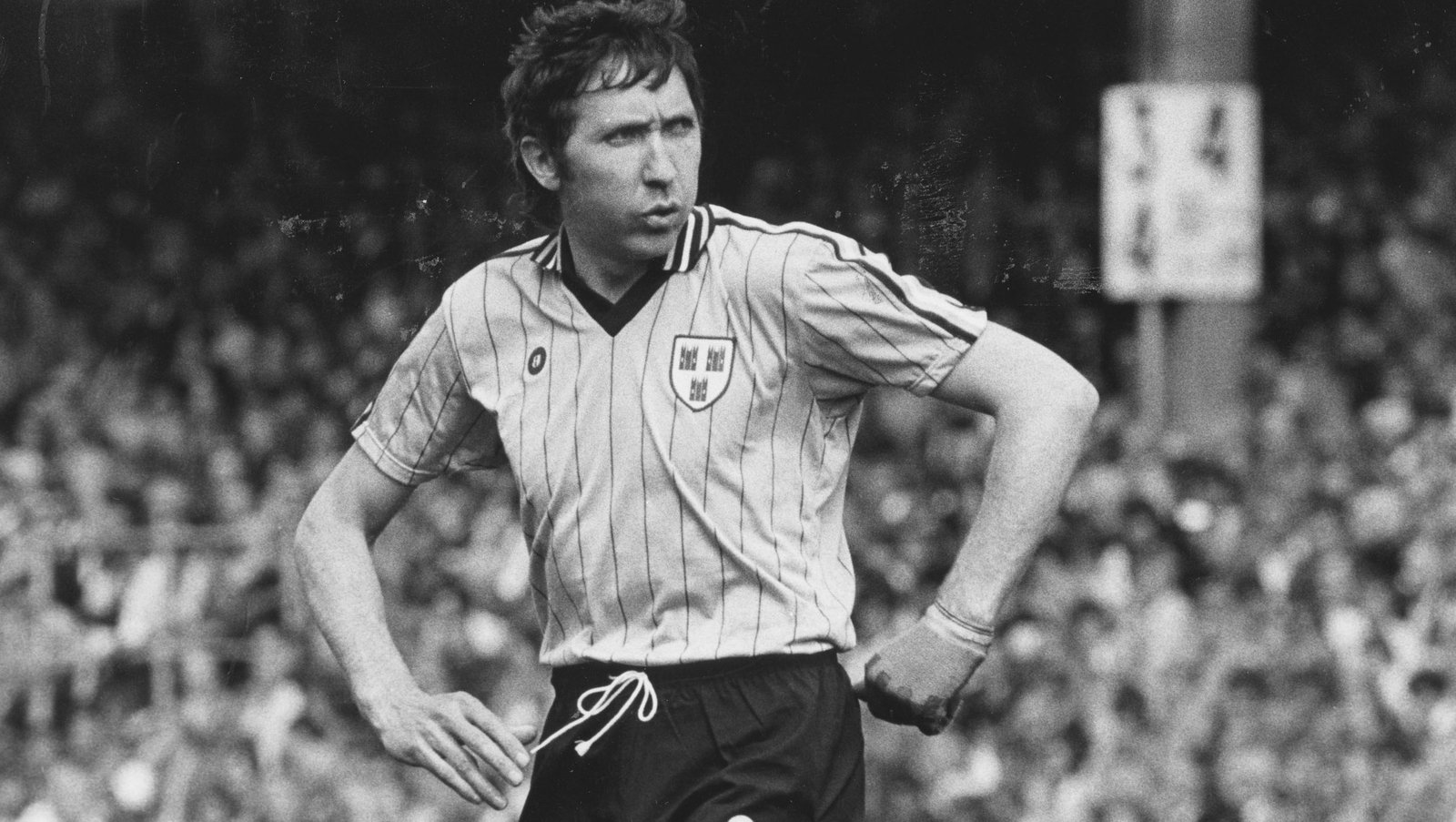 The Blue Panther - the greatest Dub of them all

To many, he's simply the greatest; no other forward who has ever, or will ever, pull on a sky blue jersey will be his equal.

Curtis at his absolute best. I had something in my eye, honestly!

Me too, the missus was chopping onions here in the kitchen, okay?

URoy has been typing for what seems an age now. You just know this is going to be an epic tribute.

Sorry to disappoint Rochey but I was working! Or rather ‘working’.

You would have had it done quicker if Rochey was nt interrupting you .(the 83 leinster final was the beginning of my love affair with the Dubs ,I d been to a few games but was more of a soccer head till then)