That’s a big shame if true.

Thought it was strange that he was named as starting but wasn’t even on the panel. Praying its not true.

Horrible news. A training ground injury according to the radio this morning. If true this could be a career ending injury rather than a season ending.

Bernard Brogan's season could be over as Dublin man suffers cruciate injury -...

Bernard Brogan's Dublin future is hanging in the balance after he damaged his cruciate ligament in training last week. 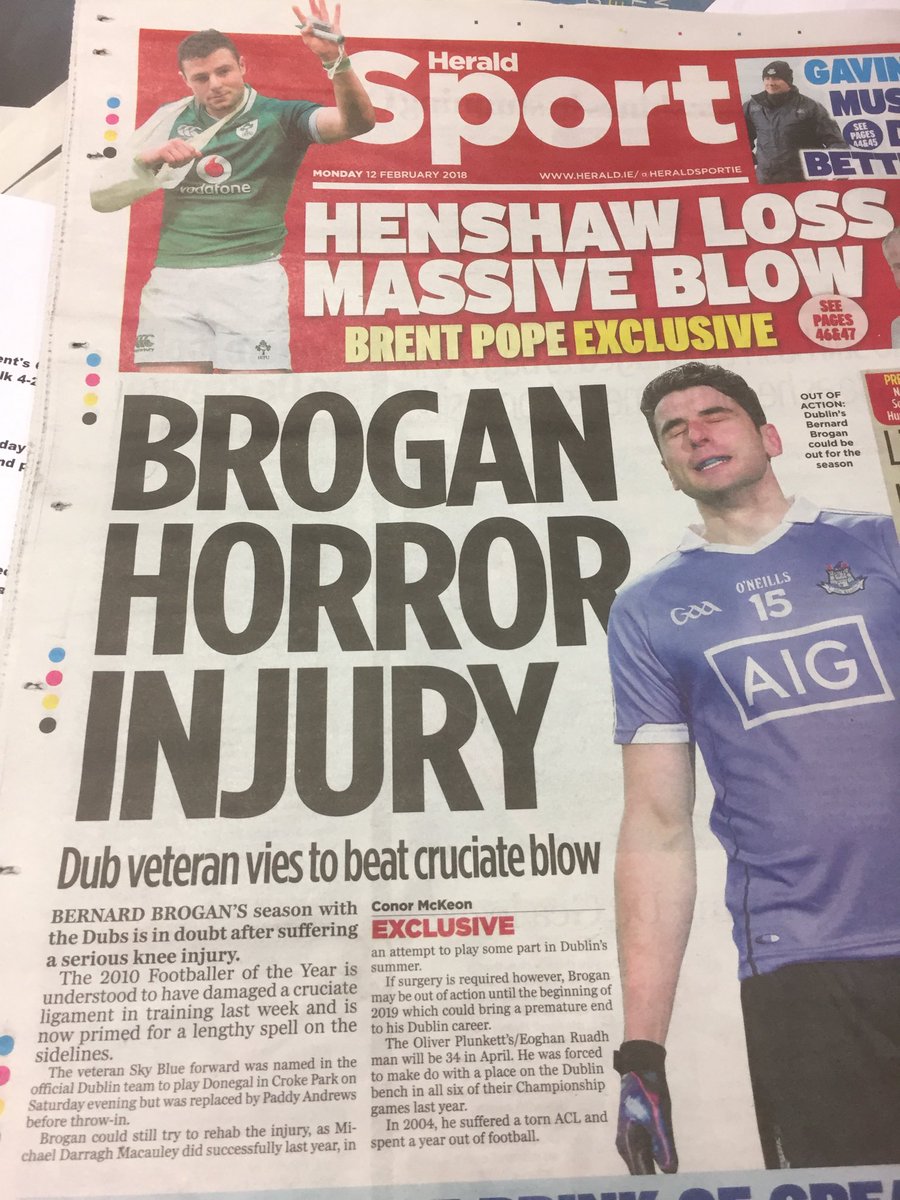 That’s dreadful news for him. Gutted for him. Fingers crossed its not as bad as it appears. If this is a career ender there is no justice in the world.

Terrible news, I felt he still had a lot to give this and next year in whatever role that maybe.

Is it a 6 month recovery time or?

Probably a few months longer,if he ever wears the jersey again it won’t be until the O’Byrne cup 2019😢

Terrible news, really admired his attitude for staying on, knowing that he was unlikely to be playing.

Very bad news that would have been catastrophic news four or five years ago.

Hope to see him back in a blue jersey so that it doesn’t end this way but that’s odds against right now. If it is the end, to say he owes us nothing would be the understatement of the decade. The very best around in his pomp.

I’d imagine Jim would carry him onto the field even if it was next year to allow him the end to a career he deserves. Horrible luck for one of our best ever players.

Hopefully not as bad as reported. Hope to see him back in blue, would be a sad way for his career to end.

Very tough, must have happened later in week. IMO, Dublin’s greatest ever forward.

Horrible news for him. Some of the passes he gave against Kildare were sublime.

The only thing is that I reckon he would still be able to come back next. The year off playing should help extend his playing time for a little longer, providing he can recover sufficiently from the injury.

It also goes to show how much we have developed that I’m more worried for him than I am for the team as a whole.

He’s 34 in April. He’ll be 35 before the start of the championship next season, if he does end up out for a year. He’s trying to run a few businesses too… it’s a huge ask to recover from cruciate injury and get back in to a Dublin squad at 35 years of age.

I’m devastated for him, I actually think he’s been outstanding so far this season. Hopefully it is not as serious as we think.

Bollox. Cruciate while a bad one isn’t the career ending it would be 15/ 20 years ago. Only thing going against him is his age.

His in game intelligence, unselfishness & vision are not age specific. They were all massively on display against Kildare.