Since there’s already a thread for this for the small ball I said I’d start another one for football. Starting off with an absolute cracker.

Oisin McConville on @BBCevex has just said this point from Conor McManus is the best point in Gaelic football history. Is it? https://t.co/qJ9e7SIeal
2 Likes
SuperDubSub 7 April 2020 23:27 #2

I hate saying it. Maurice Fitz against us wasn’t too bad either. Colin Corkery too, from 65 yards out, in club final, I think.

It’s hard to look past that Conor McManus point. One of the best Dublin scores in recent years (one that has slightly been forgotten) is Diarmaid Connolly’s score at the end of the NFL game against Tyrone in 2014. We needed a win to sneak into the NFL semi-finals that year. We played poorly in that game and late on coughed up the lead that we had held for most of the game. But Connolly hit a great winner from nothing. Link below - 2 minutes in.

The best thing about that whole sequence was a moment previously Connolly had let the ball run through his legs as he bent down to gather it. The Meath fans let a roar of delight. So Connolly responded in suitable fashion.

He was exceptional that year.

Stephen o neil scored a few incredible points in Croker. Donaghy’s in 2011 was a beaut, now that we won I don’t mind admitting it…

The Connolly, Ciaran Killkenny point las year, the pass and execution were class

I love the turnover and the execution of the pass, but DC was 100% not passing that ball to CK. There was an inside forward coming out to the ball (and it was bang on target from DC tbf) , but CK happened to intercept it. Watched it 100 times and will not be convinced otherwise.

Colin Corkery too, from 65 yards out, in club final, I think.

This score was etched in my brain when picking CC in my fav players from other counties the other day!! Sweet striker of a ball.

Maxi’s left footed point from further up same side of the pitch in that game was also sublime.

Very stange game … we scored early goals and went into a large lead and then sort of collapsed … before that magnificent point at the death from DC.
I can see myself on the terrace behind the goal as the ball sailed over. Always good to beat Tyrone.

Edit: brogan did in the final and wiki dosent say for Laois game so I’m wrong 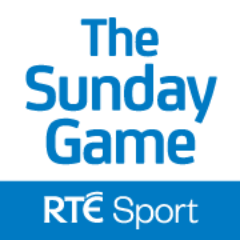 Any score from this fella is worthy of a mention. Some of his best work can be found in the vincents games on dubs tv

I agree. Connolly lamped a perfect ball up to Con (I think) who was coming out towards the corner. It looks like Kilkenny ran into the flight of the ball.