Tyson fury stopped getting on flight to US tonight by immigration officials because of his link to Daniel kinehan .

Tyson Fury flight: Boxer refused entry to US due to links to Daniel Kinahan

World heavyweight champion Tyson Fury was refused entry to the United States tonight because of his former ties to crime boss Daniel Kinahan.

Anyone watching the British empire games from Birmingham, some quite decent fights and getting to the business end of the tournament now.

Just seen Dylan Eagleson from Belfast get through to a semifinal. Bit of a flash git but has all he needs to go far.

Who was she boxing?

Kenyans tried to box her in.

Walsh on now, slightly in front but with cut eye. 3rd round

Walsh into the light middle final. He s defeated current European gold and silver medalists on the way. Eagleson in the final too. 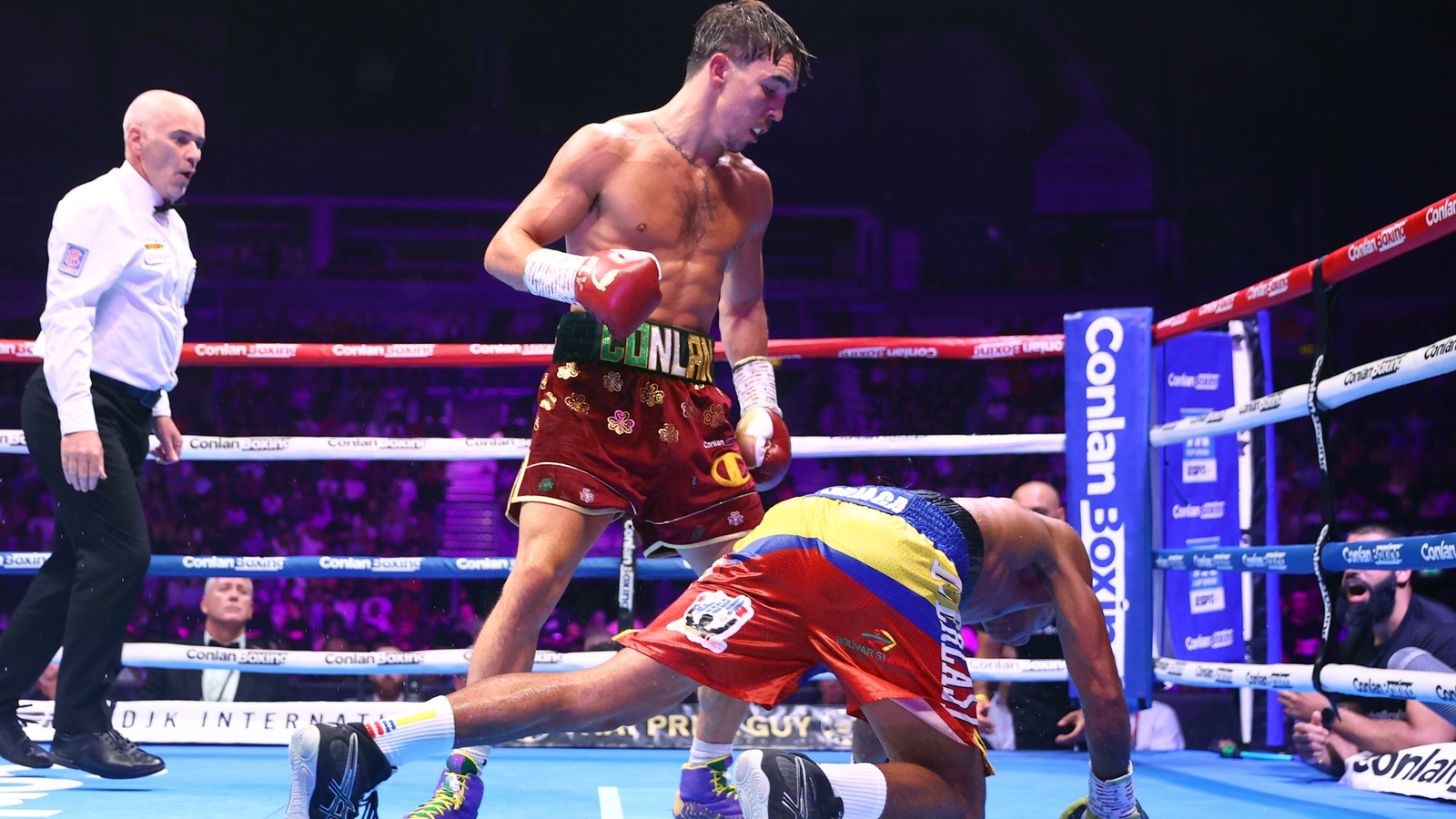 Convince back to winning ways in Belfast

Michael Conlon claimed a convincing victory over Colombian Miguel Marriaga at the SSE Arena in Belfast.

Shows you the damage the connection with Kinahan has done. Wasn’t even aware Conlan was fighting tonight

You were lucky. It was pure shite, 1 of the worst fights I’ve ever watched. By the end I had completely lost interest

Gold for Eagleson and A Walsh at the commonwealth/empire/ friendly/ countries exploited by the Huns Games .

His career hasn’t gone as planned at all. Debuted in 2017 on Paddys Day as a headliner in New York with Top Rank, building him at that superstar level, but he hasn’t kicked on really.

Amy Broadhurst from El Paso on the Louth-Down border on loan to the wee 6 adds Gold to her World title . Not in Katie or Kellie s class yet but a good bet for an Olympic medal in Paris

A bit like Dunne he lacks that concussive power ? Not sure there’s as much going on upstairs as there needs to be either, and thats saying something for boxers.

Jude Gallagher gets gold as his opponent withdraws from final.