Caught the finish by Smith , not a likeable person , but did one hell of a finish job on Eubank Junior lethal

Great finish. I didn’t see what happened in the lead up to the fight but the crowd we booing CE the whole night

Basically hinted that Eubanks was gay , asking him why he’d never been seen with a woman , had he some big secret to tell

My mate was telling me that, he said Eubank said sure you’ve had affairs etc. Couldn’t understand why CE sounded like the innocent party but he was getting all the stick 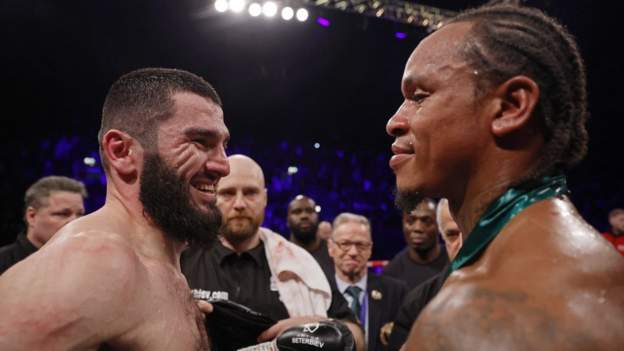 Got a chance to watch this fight last night from the weekend , an absolute belter , very old school not a slug fest, but big shots coming in left right n center from both boxers
Beterbiev is phenomenal his ability to turn defence into attack is awesome , and one of the most clinical boxers in the game right now 19 fights 19 wins 19 KO .
Yarde was not given a prayer pre fight but showed hes world class in that he absolutely made AB fight at his very best.
Massive respect for Yarde corner in throwing in the towel at the right time , Yarde prepared to go on but he was badly hurt and AB was moving in and would have seriously hurt Yarde if allowed to unload , corner saw it and acted accordingly 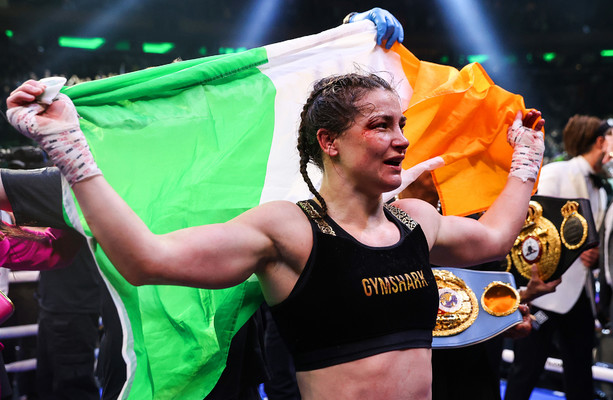 Katie Taylor's Croke Park dream is over due to costs, with homecoming set for...

GAA HQ has proven too expensive to rent for a Taylor homecoming bout, with promoter Eddie Hearn expressing his frustration.

Here comes the GAA bashing. Hearn is a scumbag looking for a handout. With his links to the Kinahans he should be told where to go.
It’s one thing to have 30 lads on the pitch fighting and another having thousands of Conor McGregor wannabes coked out of their heads fighting each other in Croker.

I’d say the Gardai are delighted with that news.

You are looking forward to it then Roger .

An interesting one I heard on Newstalk this morning was that the costs to host an event in CP is 3 times that of Wembley. I’d love to know why.

I’d love to know why.

Newstalk huh … was that Kildare idiot getting hysterical about it. I’d love to see the figures cos I very much doubt it tbh.

Concerts are more expensive here too and the usual reason given is transportation of equipment.

An interesting one I heard on Newstalk this morning was that the costs to host an event in CP is 3 times that of Wembley. I’d love to know why.

Amount of big Stadia in London would be one reason I’d say. Wembley can’t be looking for huge amounts either as they’d go elsewhere

Can’t be comparing anything to Wembley when you see the shit show that was the Euro final a few years ago when they clearly didn’t hire enough security.

Disappointing that the fight isn’t in Croker but blaming the GAA is pathetic when you’ve someone like Hearn involved.

why are things more expensive here (often way more)? they just are or come on, it’s ireland are about the most technical responses i ever get. the transport is about the only reason i can see but we’re far from the only country with that problem.

anyway, to matters at hand, would páirc uí chaoimh not be a nice fit for this?? 80K down to 9K seems a disaster. i don’t know why katie would bother her arse coming home. possibly the fact that she said she would and seems to be a person of her word.

Doubt there would have been anything near 80k unless the tickets were €10 each.

could it be matched up with a decent game of ball, a quater final maybe?? or even semi??