I’d say it will be leaked if there is any attempt to suppress it.

We thought that about the uk Russian report which never saw the light of day. Or rather, the juicy bits were redacted

4 things we learned about the UK’s ‘Russia report’ 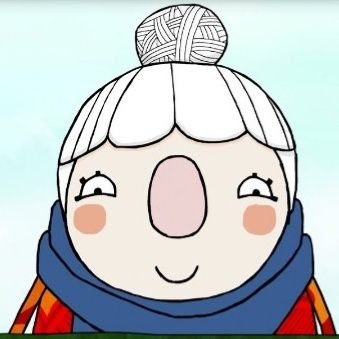 @Laura__Fox
UK - Russian money American "Diplomats 'dismay and frustration' at the British government’s failure to take tough action against the flow of Russian funds"... ... decide to talk directly to the British people via the Times 👇 thetimes.co.uk/article/ukrain…
Tayto 28 January 2022 22:42 #10036

Former Supreme Court judge on NN now Saying there’s no legal basis for the report to be delayed. That would only be the case if there were criminal proceedings taking place currently and if there’s likely to be jury required. Neither is the case currently. Whole thing stinks to high heaven.

Jaysus even the Tory is saying the same thing.

Johnson was always going to pull stunt like this. Was his only way of getting out of it. And get out of it he more than likely will.

Oh I’m sure he will at this stage but they are stinking out the polls.

This is a great example of how crucial it is for a country to have a non-partisan press, at least to some degree. If the politicians don’t force him out, the owned/biased press won’t do so, either, which means an end to common decency and democracy, in that country.

Don’t disagree but how do you bring that about?

Also I guarantee you if you ask members of the main parties here they will all say the National media is biased against them.

I think that in most democratic countries, politicians might feel an antipathy against the media. In many ways, they are on opposite sides.

Don’t get the view that the media are in the side of government in this country….RTE is a state owned company but I don’t think the government have any control over what journalists cover, investigate or report.

Despite all our faults in the grand scheme of things right now, we live is one of the more sane countries.

I don’t know if I buy that. RTE go hard after the shinners or when any politician is mired in scandal and is likely going down. They hold off on everything else. The government have them by the bollox.

Is that true tho? It’s a bit like thinking the ref is always screwing Dublin?

They always ask a couple of tricky ones but after that mary Lou gets a fairly easy ride as do FG & FF imo.

letting the dup rant away with stuff that’s akin to hate crimes and ignoring it more or less, if that’s not political interference i dont know what is. i’ll admit that’s the worst of it and it’s more subtle the rest of the time but the major players appear hand-picked to fit the government line. dee forbes at the minute for example being the classic blueshirt prototype. then there’s the eoghan harris cohort through the 80s and 90s, section 31 and the cruiser, the relentless job announcements circa 2010-2015 on the news to the excusion of all else and so on. even the weather doesn’t escape with one wit describing it as a bord fáilte announcement for the south west. there’s a long history of it here no matter what anyone says.

Tayto, at the leaders’ debate last time out, Miriam was clearly and utterly biased and tore into Mary Lou. Her brother is Jim O’Callaghan FFS!

Letting the dup rant away with stuff that’s akin to hate crimes and ignoring it more or less, if that’s not political interference i dont know what is

I think the bigger problem there is that our politicians never call this out for fear of offending the poor Unionists, political sensitivity, etc.The result is they continue unchecked - it emboldens them. I would far prefer to see these outbursts challenged up front politically. Then the media can report that.

they use rte like a remote control for their bias and keep their own bibs clean, tony blair style scumbaggery.

Do i have hard core proof? No. But look at the level of finding RTE receive. How can they be 100% impartial without pissing someone off?

Look at the way left wing champagne socialists and shinners are treated on RTE talk shows… I always get the sense that questioning is borderline aggressive and direct. FFG are treated differently.

This topic was automatically closed after reaching the maximum limit of 10000 replies. Continue discussion at Brexit continues (Part 2).