She actually gets under my skin more than anyone else including our own Leo.

Nadine Dorries was made to look like the liar that she is by Krishnan (Ch4 News) earlier. Highly enjoyable but unnerving too. They lie with impunity and have no honour, and no sense of shame.

They are all so arrogant they think they are untouchable. It’s like they are all on fucking smack together. They will get what’s coming. Fat boy trump got it. The same with boris.

They absolutely think they are above the ordinary man and women in the street. They just do not see themselves as answerable to the common people.

Dorries is a vile being. 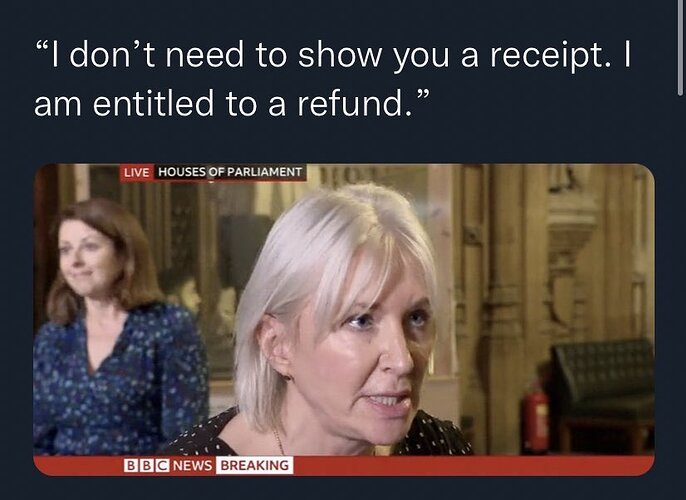 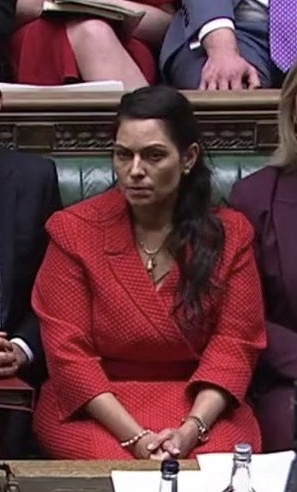 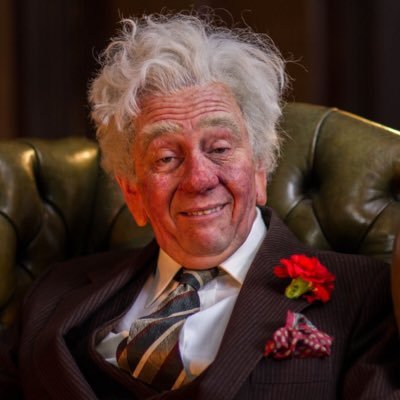 She wouldn’t fall in door. The door would fall first.

Watched newsnight there, sister-in-law is over from uk and is a politics nerd.

Newsnight watched the speeches with Tory party members from some Tory constituency. They were v angry with Johnson. Pretty much unanimously said he had to go.

Ruth Davidson laid into him as well as did ex spectators magazine journalist.

Now, I have a theory. Could Priti be a relation of Winnie Keenan? She has a certain look about her! 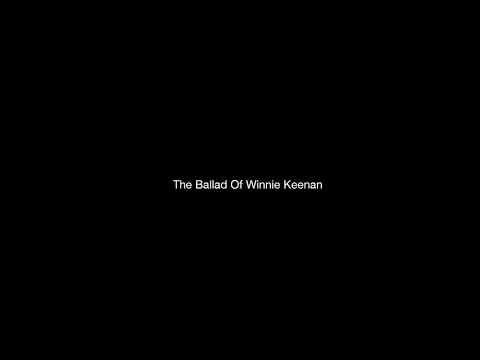 @Otto_English
Narrator: at the end of Othello everyone dies - apart from Iago. twitter.com/hzeffman/statu…

Am told Boris Johnson compared himself to Othello while addressing Conservative MPs tonight. He said he always sees the best in people, unlike Dominic Cummings (who he cast as Iago)
2 Likes
Iomaint 31 January 2022 23:39 #37

But Othello was a Moor (suggestive of dark skin) while Iago, was fair-skinned! Cummings may be central to Johnson’s ultimate fall, but he played a central role in Brexit, for which no punishment would suffice.

Yea the only downside is that Cummings is behind this, he’s good at smears, you have to give him that.

I saw that part too.
It really appears that Johnson has lost the vast majority of grassroots support within his own party. If the MPs don’t cop on to this soon enough and remove Johnson from office then they really are each thick as two planks. Otherwise, a shiteload of them will be losing their seats.

Apropos of nothing to do with partygate, a National Insurance increase is due to kick in over here in April. Initially, it’s intended to help reduce the backlog in patients waiting for non-critical/non-emergency procedures or operations but its long term goal is to help provide for social care for elderly people. Lots of backbench Tories want this increase deferred, fearing a backlash from constituents over cost of living increases. Rishi Sunak has convinced Blow Jobson to go ahead with this increase as it will enable Sunak to cut taxes in the budget(s) before the next election, ie, be a vote winner.
Never mind the hardship this may cause in the meantime to thousands upon thousands more households who are earning even the average industrial wage.