One Crewman has been recovered in a critical condition. Search ongoing for the three others. What’s thought to be wreckage has been seen in Blacksod Bay.

Have seen that helicopter plenty of times up in Skerries on Red Island parked up. Heartbreaking stuff, holding out hope for the remaining three members. Thoughts with the family and friends of all involved.

Crew member that was recovered has passed away in hospital. Female Pilot from what I can gather

Terrible news to wake up to on a beautiful spring morning. The people who work on these helicopter rescue crews are hero’s. 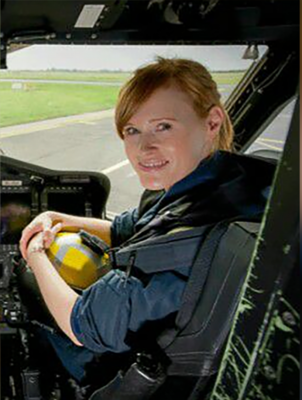 She was a well-known senior pilot with the Coast Guard.

RIP to the crew and family

Heart breaking news, it really is. People dedicated to rescuing others losing their lives in such a way, while trying to rescue others. God bless them and their loved ones.

Top bloke. Played with him for years. Untill he went into coastguard rescue.

Shite news to wake up to, then to hear the names as I got into work. Gutted. Have worked with these fellas and girl in the past as recent as 2 years ago. Top people, always willing to help us out.

Would have met Dara in the past and dealt with the IRCG a fair bit in the past too. Top top people. Hope they can recover those lost and sincere sympathies to families of all. Bravest of the brave - RIP.

A year ago last night this happened. Two of the crew still haven’t come home.