2 Dublin legends. Both play for Ballymun Kickhams. Both their fathers have won All Irelands. Both 30 this week. Both playing their 50th league games for Dublin tomorrow. James McCarthy and Dean Rock.

Dean Rock has scored 16-438(486) in 93 championship/league games for Dublin. Only 6 points behind the great Jimmy Keaveney to become Dublin all time scorer. This day 24 years ago Ciaran Whelan made his Dublin debut

This day 8 years Jack McCaffrey made his Dublin debut 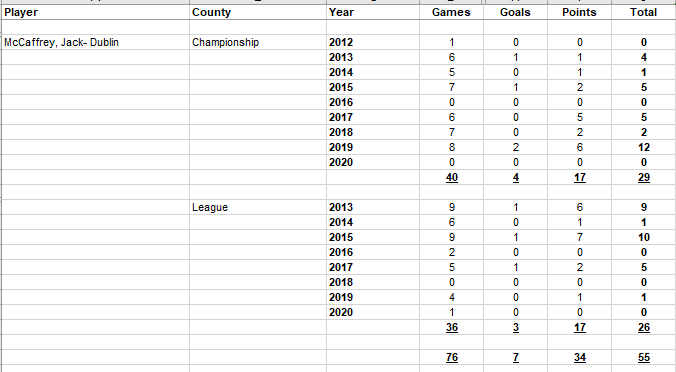