No excuses left for Scoil and Pats Donabate anymore.

Lusk be hard bet as well

Any word on 2nd Team draw , teams that were in the inter last year?

Dates, times and venues up on Hill16…(run a search around the dates to find)

Could someone explain to me why some teams have two home games and others only one??..i thought it was to be 1 of each (home,away, neutral)…how was it decided who got the two home games??

Luck of the draw?? Would seem fairly arbitrary…

The only championship to my knowledge with one of each, as you describe it, is the Super8 in inter county football. In other home and away championships with 4 teams (each team playing 3 matches) two teams will always get two home and the other two teams get two away. It is decided by the order that teams come out of the pot.

Fair enough, if thats how it was decided.
I just think it would have been fairly straight forward to make the third game neutral and make it the same then for everyone… St. Finian’s 0-15 vs 0-16 Ballyboughal It was a scoring flurry for Gerry Seavers today in Ballyboughal’s narrow victory against counterparts, St Finians, in Sunday’s Intermediate Championship Group 1 clash. Boughal quickly got into action, as Seavers...

All close games bar 3. Clanna gael drawing wit finbarrs good result for them other game in that group also a draw. Much better format this year imo

Would’ve expected Finnarrs to win that one. That group is going to go the wire either way now. Group 1 Group 1 saw somewhat of a derby game as Ballyboughal faced St Finian’s from Swords. While Boughal had the lion’s share of chances in the first half, particularly goal chances, with Finians’ Stephen McNally in goal thwarting them each time,...

Pats bet Scoil by 2, in Donabate 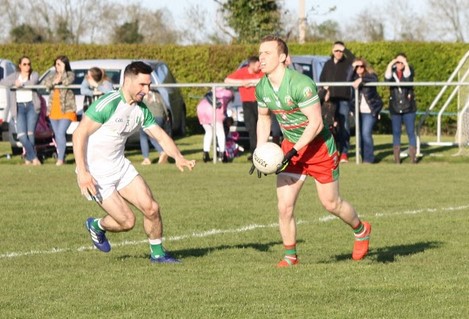 Was an incredible game of ball!!

No shocks with that line-up IMO.
Neutral venues for QFs?