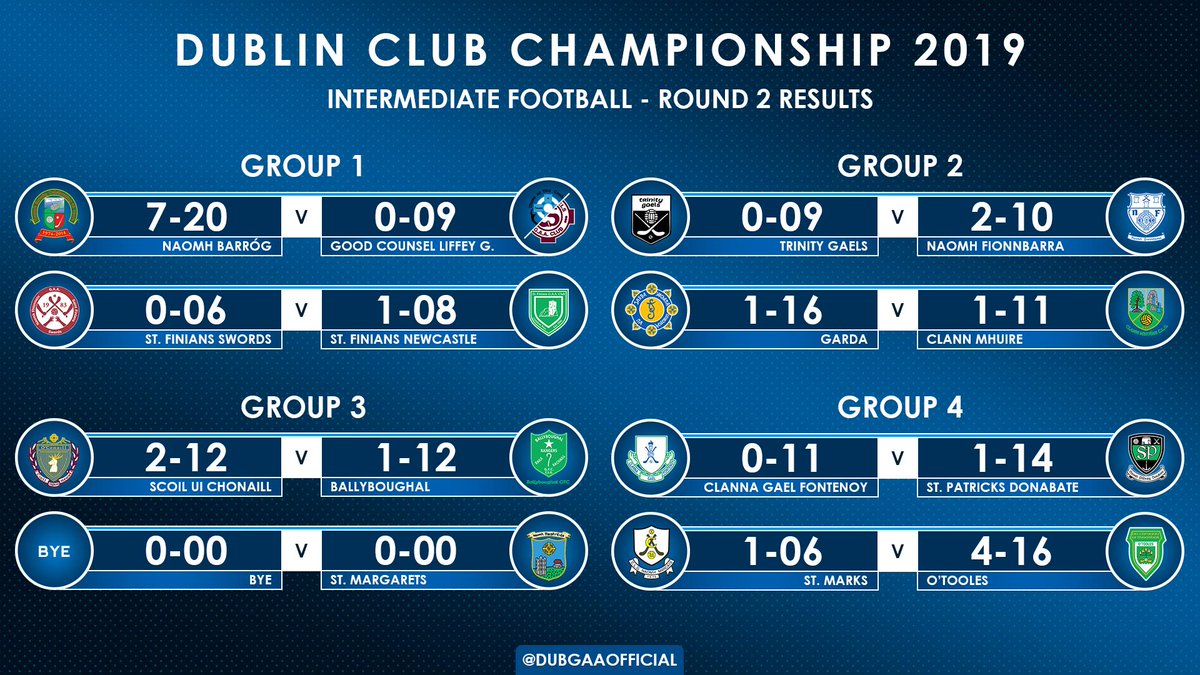 Bye had Jimmy McGuinness training them the last 2 months. Some achievement to keep Margarets scoreless. Pity didn’t score themselves.

Who were Barrog’s top scorers?

Big Lar McCarthy scored 4-5, all from play apart from a goal from a penalty with 10 minutes to go to draw the teams level at 2-03 to 0-09. Then the floodgates opened and Lar did the damage. He was determined not to be late for his regular Saturday stint on the door at Tomango’s.

Just heard Barrog blitzed us and didn’t let up. They were superior than us in every department. A couple of young lads made their inter champs debuts I believe. They won’t play much better opposition than Barrog in this.

Tough one for Syls versus a Division 2 team

Thanks for the reminder

Apologies, was away for the weekend and just checked the results. Surprised at the scoreline. I see from remaining fixtures, Counsel can still qualify for the quarters in an all to play for final game. Good structure this year

Yeah, a winner takes all game v Newcastle next. Fortunately its in Drimnagh

Anyone any the wiser as to what will happen to fixtures. Postponed more than likely or games not involving dublin panel players to go ahead on the fri maybe

Sunday morning possibly? 10:30am then Junior at 12 and 3pm bit like the league games at the start of the year. With a bit of luck they’d allow teams a bit of leeway to move games which they don’t normally allow in Championship

Would hope they’d be played the Weds/Thurs before,

No one wants it the next morning! That’s for sure

Hoping common sense prevails and a thought is given to the club players, although that can be wishful thinking at times . . .

100% agree with this…sense must prevail

No chance, will be told that the fixtures stand unless clubs agree between them to change it

I know last year there was some conjecture around group winners not getting a home QF, nor was it seeded (1’s v 2’s)…has that been corrected this year?
Would seem like common sense…