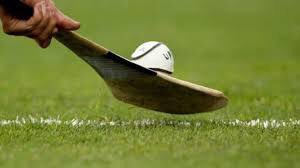 The more I think about it, the better that result is. That’s Dublin minus south and Eoin players v Wexford minus peters players. Suggests dub have good strength in depth at this age group.

Is Dara Purcell with Eoin?

Its Wexford minus Peters & Good Counsel. Still a great result. Dublin have 2 teams in Leinster A whilst Wexford also have 2.

Let’s hope north and Eoin can hold their own.

Good Counsel would get a few lads from Kilkenny and Waterford, yes?

It’s St. Colmcilles Community School Knocklyon v Declans in the final on 18th,
a repeat of the final in 2017

News to me. We’re in the final as far as I know!

Thats the Snr “B” Final.

Good luck to Eoin tomorrow down in wexford.

Had missed this result

Surely Ard Scoil should be looking to push for A status at senior now if theyre hammering Col Eoin at Under 16. The more schools we have at A level the better.

Eoin are slipping rather than us getting better. “A” status would not do us any favours at all. We won Leinster B by a point. That’s a 20 point hammering when you come up against Kierans etc

That’s exactly the small minded attitude that is holding Dublin hurling back. ASR are happy to be the big fish in a small pond. That group of talented players learned nothing as they cantered to an easy championship.

They would develop way more as players if they tested themselves in Leinster. Yes they would no doubt take a few beatings along the way but it would be way more beneficial for their long term development. Kierans hammer most teams in Ireland. How about testing themselves vs KK CBS, Peter’s or Good Councel. Borris of Carlow regularly compete in the A.

Credit to Col Eoin when they compete in Leinster. They havent won it but the exposure it gave to many players has no doubt brought them on tons. They havent won any Leinster silverware but that has stopped them being applauded for their efforts

It would help enormously of the club championships weren’t being held at the same time. That doesn’t happen in other counties. Putting them in to get hammered does them no favours. Small minded my arse. Better ask why only four or five schools in the whole county compete in the Dublin competitions.

We’ve won Dublin A U16 seven times in ten years. This year was only our second Leinster B win

We do our bit. Eoin had exceptionally talented squads drawn from a lot of clubs. We don’t have that luxury. And they won’t stay there if they’re getting beaten out the gate. Nor should they.

There’s a big knock on effect to ASR going solo, you would dilute Dublin North

You are some man to find excuses not to go into Leinster A.

You have alluded to winning the 16s Dublin championship 7 times in 10 years. Maybe ye should try Leinster then. Col Eoin have surely competed at senior A in Leinster 4/5 times in the last 10 years without all that under 16 silverware ye have accrued.

I’m pretty sure if ASR made an effort to compete in Leinster A they would attract many more hurlers who may go to other schools.