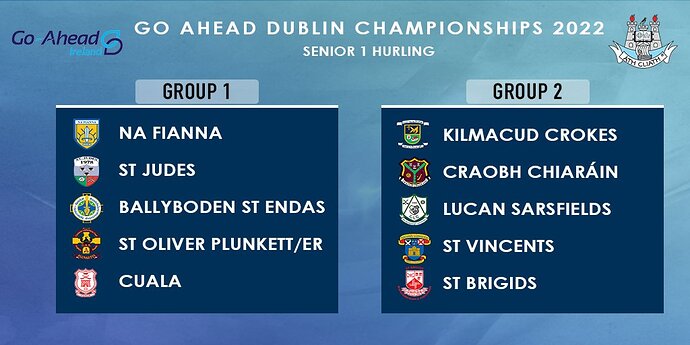 How many teams get out??

How many teams get out??

In SHC 1, SHC 2, SHC 3 and IHC relegation will be decided as follows: Team finishing 4th in each group will play team finishing 5th in the opposite group with the losing two teams relegated.

This is a proper championship

We’ve waited a long time for this

Every game will be super competitive , am I right in saying every senior 1 game should be played in Parnell park

If they are resurfacing it perhaps

I like this format and everyone in group b will fancy themselves to finish top!

I like this format and everyone in group b will fancy themselves to finish top!!

The bye is going to have a major say in it, especially on double game weeks when one team will be fresher at the weekend whereas the other team would have had a tough game and will be carrying a few knocks no doubt.

Who gets through could simply come down to this especially in group 2 as it’s going to be tight.

Great point Parish. The first two games are on July 20th and 23rd. Everyone will want their bye one of those days to avoid a double game week.

The least advantageous bye is probably the last game week? Whoever is idle that week will be the only team to play 4 games on the trot with no break.

This is better. Exciting championship ahead by the looks of it.
In fact looking at all championships, it looks very competitive all round.

True but I still fancy Crokes, and Cuala will always be there. Let’s not forget the promising NaF. I fear we could be left behind…

Any idea how the fixtures will fall?

Rushe is vital though

Just got these links sent to me. Group games have been fixed.