Limericks “ fundraiser “ for their trip away is an embarrassment. If the dubs were at that there would be war.
JP must be out of pocket

Or is it just a deflection from the cash JP provides

I believe he doesn’t want to contribute after antics of previous trips.

Hard to blame him . No idea how Kiely manages to hold the headbangers together 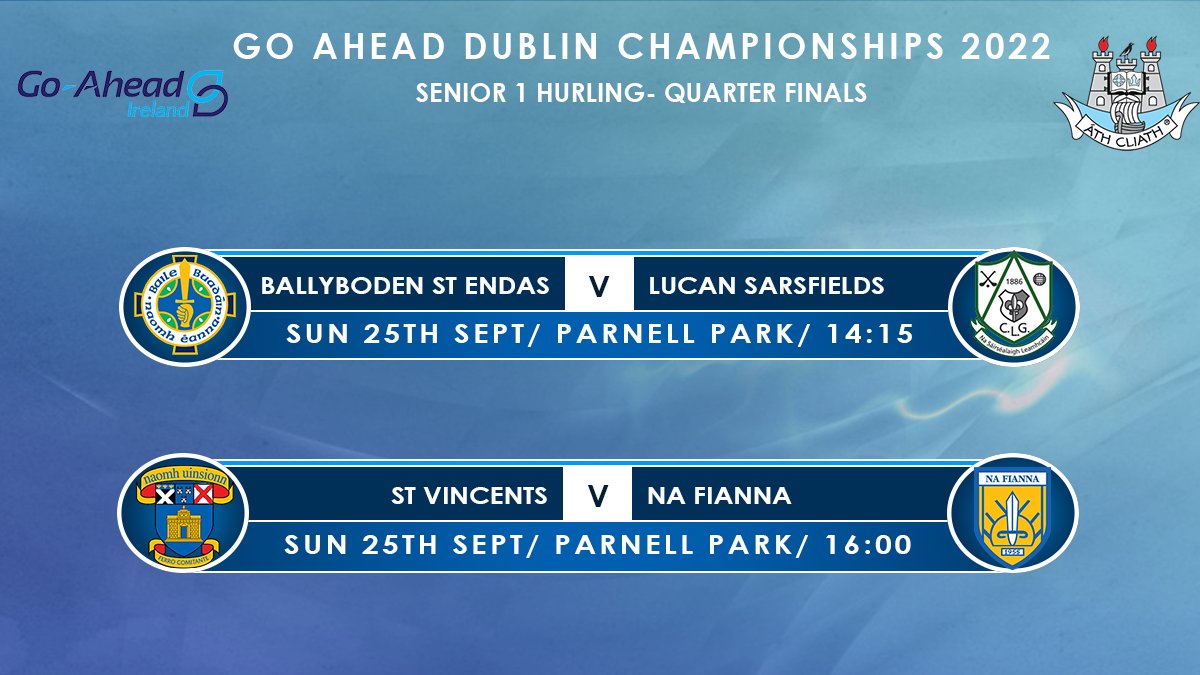 Looking forward to these - You’d probably have to fancy Boden over Lucan I guess, based on results so far, unless Lucan can find a bit of form.

Vinnies v NaFianna will depend on who is available for each, Vincents were without Connolly and Darrach McBride in the last round, two of their better players so far. tThink they’ll be needing them for this assuming NaFianna have a few more guys available than before. One of the curries, at last, seems to be back and Michael Murphy is around but not sure if he played the last game. Will have a better idea of likely winners when team sheets are available. Both at full strength and I’d fancy NaFianna.

Not so sure re Boden against Lucan. It’s not really that long since the league final and that was a cake walk for Lucan. I think Boden went into that game unbeaten and came out trashed.

I expect Na Fianna to overcome Vincents as they have just a bit more experience and guile. Vins are somewhat predictable in their running game and that may prove dangerous to themselves.

Lucan don’t seem to have hit the groove like they didn’t in the league final, Boden looked good until the cuala game. Hopefully it’s a good one anyways.

…Boden looked good until last 15 minutes of the cuala game

Fixed that for you !

Vins are somewhat predictable in their running game and that may prove dangerous to themselves.

I wasn’t at their last game, just saw some highlights on Dubs TV, but none of the goals I saw came from a running game

Surely as good as Dublin have at half forward or no.14

Surely as good as Dublin have at half forward or no.14

Sad to see 2 of Brigid’s /Jude’s and Plunketts / Craobh go down… chances are the 2 going down are likely to be back up straight away so do people think 20% relegation and promotion rate way way to high. 1 from 12 would be more logical to me

Far too much tinkering , not against change but Hurlings only just had its transformation , football due its changes as proposed and weve butchered minor
For me leave well alone

My point is the transformation won’t and hasn worked with byes 5 week layoffs and it will be highlighted more next year with 40% changes per division outside Senior A.

Not disagreeing , but the age old argument of are there 12 teams of that standard around will come up

Minor back to U18 before anything else changes in the GAA in general.

Oh and allow the aul’d lads pay cash at the gates too!

8 senior 1 teams is about right, one up, one down.