Group 1 has the making of some good games

Group 3 & 4 have the makings of some good games too I think.

It’s never that easy. There are a lot of solid teams in Senior B.

Syls and fingallians for two anyway

I seen Vinnies in the league and they were much better than ibwqs expecting. Id have themselves and Syls as favourites

I’d have vins a good bit of plunketts. Vins will get back up competitive in senior A before too long and before plunketts.

Tide looks to have turned in plunketts, where they’re now a better hurling club than football

Agree with this, they will rely massively on Bugler

Sylvesters are in which division though ….

Wont be as good as semi final in Croker 1987

We’ve gone down this road before of “expecting” hint hint Cuala.Very good draws

Ted Furman has recently joined Plunketts. Certainly that will improve their attack along with the return of veterans Bernard Brogan and Gareth "Nesty’ Smith to support current Dublin intercounty player Sean Bugler and Dub u-20 Conor Tyrrell. Plunkett’s all set for SFC2 opener with Naomh Olaf

A full series of matches in the Go Ahead Dublin Senior 2 Football Championship will take place across the county next Saturday, with St Oliver Plunkett’s/Eoghan Ruadh keen to start on a positive note when they travel to Páirc Uí Bhriain to take on... 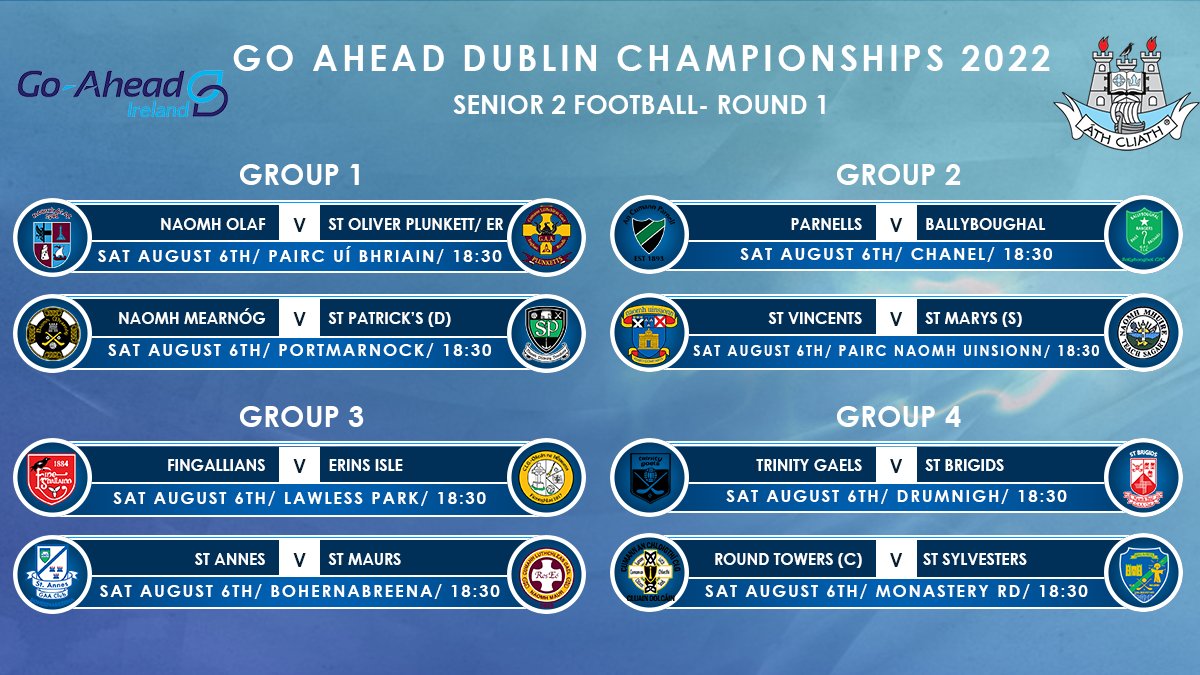 Olafs v Plunketts the pick of the opening round for me. Curious to see how both relegated teams from last year begin. When there are only 3 games in the group stage you don’t want to be playing catch-up.

I would put Vincents and Sylvesters as favorites to win Senior 2 followed by Plunketts with all their experience blended in with some younger players. Maurs are my personal outsider pick that can win/get at least promoted out of Senior 2 but it all depends on how the 3 C’s play (being Ciaran Reddin, Ciaran Archer and Conor McGuire) and what sort of contribution they can get out of them.

I see Vins are down to play Sen 2 and Inter at 6.30 tomorrow at home

Will they be playing inter champo on that All Weather ?

Havent they got use of the pitch in Ardscoil Rís/Dublin Fire Brigade Training Centre? Once could be there