I still have a Sydney Roosters Student card !!

Is that for real ? I’d definitely take Plunketts play 17 , clerkin scully phelan all out of minor all playing with Dublin squads definitely make Plunketts stronger than previously

Setanta / Whitehall - O’Donnell could beat Setanta on his own

Was a double gag.
The reference of playing “Setanta” on his Eoin!

Very good players but it’s a big step up to senior A. Plunketts will get stronger in time, I seen first hand how good 4–5 of those minors are. Cillian Hayes is also very good.

Hayes is very good , nice wrist and movement don’t think he’s there physically yet a fair bit of conditioning required , they are young lads but they are talented fearless and confident in their ability, of course it’s a massive ask to take Vincent’s , but the spread of correct of 17 points is doable

OPER also got some new lads in from the country no?

That’s ridiculous +17 on a night like tonight it’s gonna be a scrappy game but I think Vincent’s will have 2much for them I’d really fancy Vincent’s to be there or there abouts this year very strong all over the pitch.

Be interesting to see what position O’Donnell takes for Whitehall. 6 id guess?

Might be given a man marking role on boland

Very good players but it’s a big step up to senior A. Plunketts will get stronger in time, I seen first hand how good 4–5 of those minors are. Cillian Hayes is also very good.

Assuming vinnies have the wind?

Conor Burke has three points already, not really sure why he didn’t get a longer run with dubs 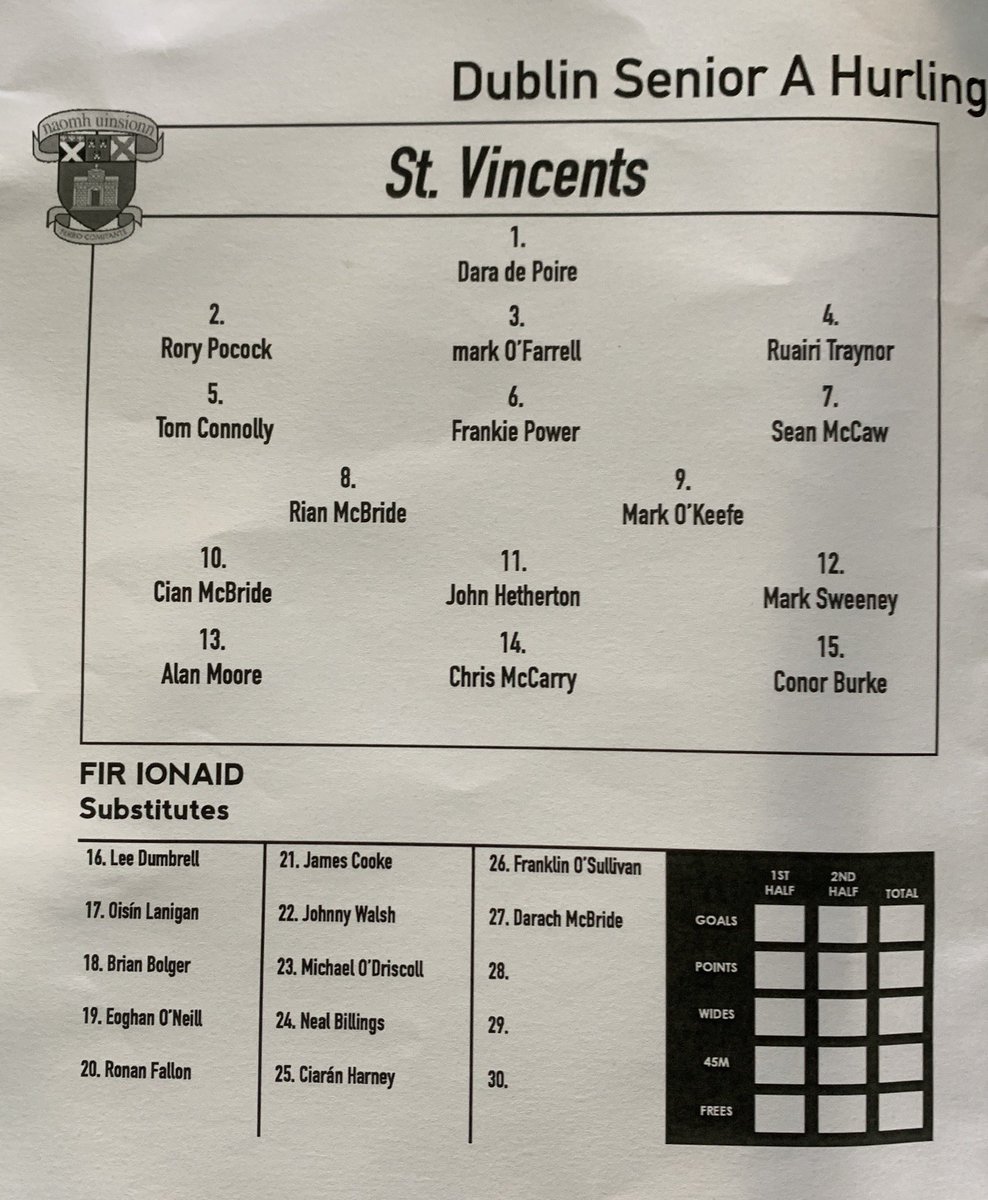 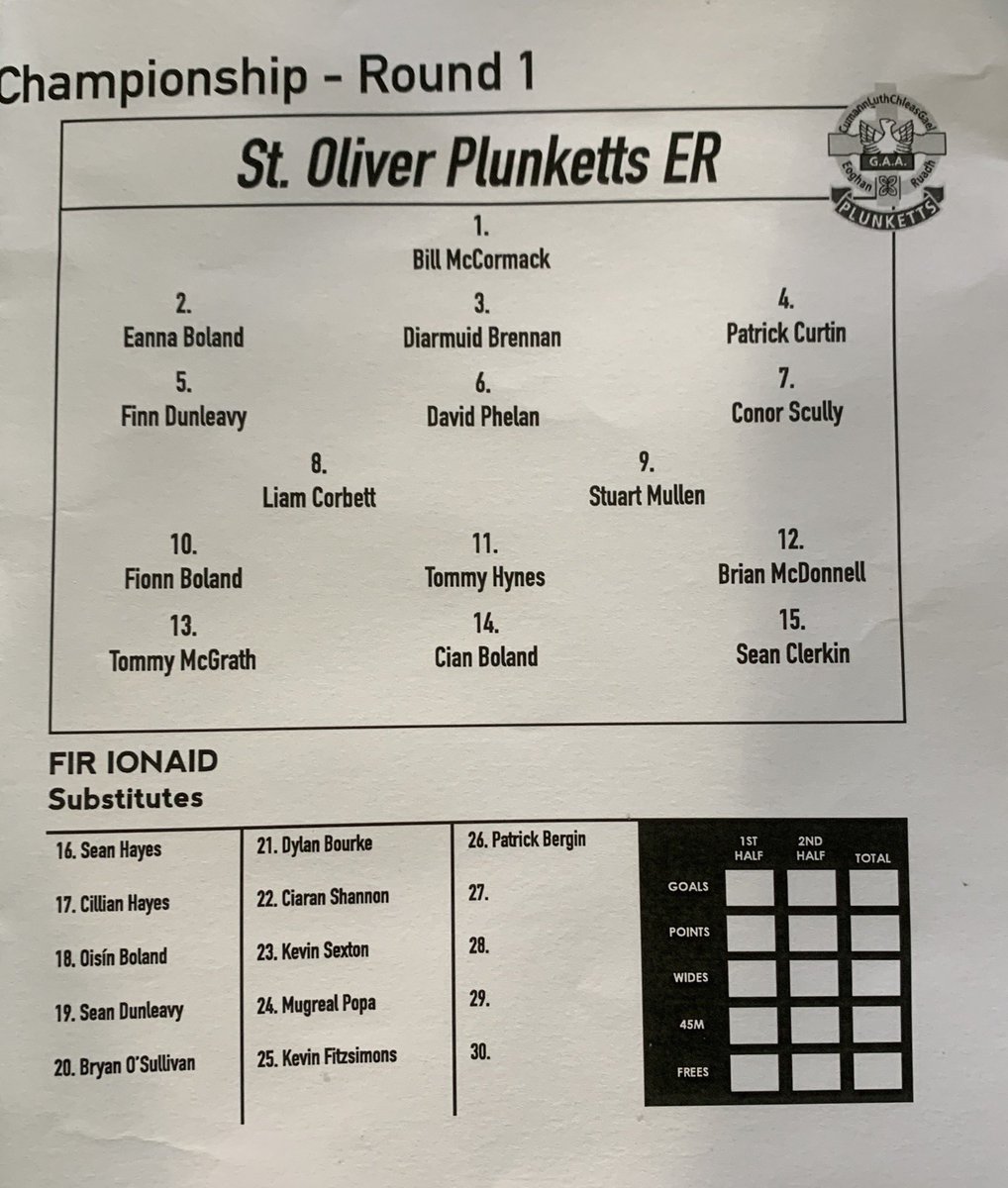 Yes, I agree. His performance in u21 county final outshone everyone on the field, including those who do play with Dublin.

No Connolly I see. Am not surprised, he didn’t get on last year and seemed v aggrieved by it.

13 point game so far. Anyone do the bet?