Really good preseason. Don’t remember us looking this sharp in January for a long time. Great to see but big step up now.

Looking forward to this next Sunday! Good test to start the league. Being at home gives us every chance.

Mattie Kenny seems to have found the 15-20 lads ,that will played during the league and championships he’s been building this project for years . This could be the best year for the team to really show what they have been building.

Looking forward to this next Sunday! Good test to start the league. Being at home gives us every chance.

Yea it’ll be a serious test, as we saw last night pre-season doesn’t count for much.

When you consider that the Leinster Championship starts in 10 weeks time, in mid April, with the All Ireland Final in early July, it’s no harm that we are in good shape at this stage!

That’s a good point, needed a good pre season to build confidence imo. As pointed out by someone else we’ve guys coming into their prime now, need to kick on now this year and next 2-3 years now.

Based on Walsh Cup outings, touch has generally improved, alongside/something that is necessary for playing a moving ball through the lines style developed over last few years. Players seem to be comfortable with the general plan. Hopefully this continues . Many see Waterford as number 2 behind Limerick. Ignore that, and go for the jugular at home/Parnell!

I missed all of those OBC outings

So did I. Walsh Cup was promising though!

@DubGAAOfficial
A sensational score from @trollier10 on Saturday night 🤯🙌 Our Senior Hurlers are back in action this Sunday against Waterford at Parnell Park 👕 #UpTheDubs https://t.co/Kquq6RWvD0
4 Likes
Tayto 3 February 2022 10:43 #11

The only worry is that look at the space to play the ball in, Offaly really pushed up and we’re well up for that game and they pushed us harder then anyone. Waterford likely to do the same, think we’ll have a much better sense of where we’re at this weekend.

Must tickets be bought online from now on?

Not sure, imagine walk-in will be back at some stage 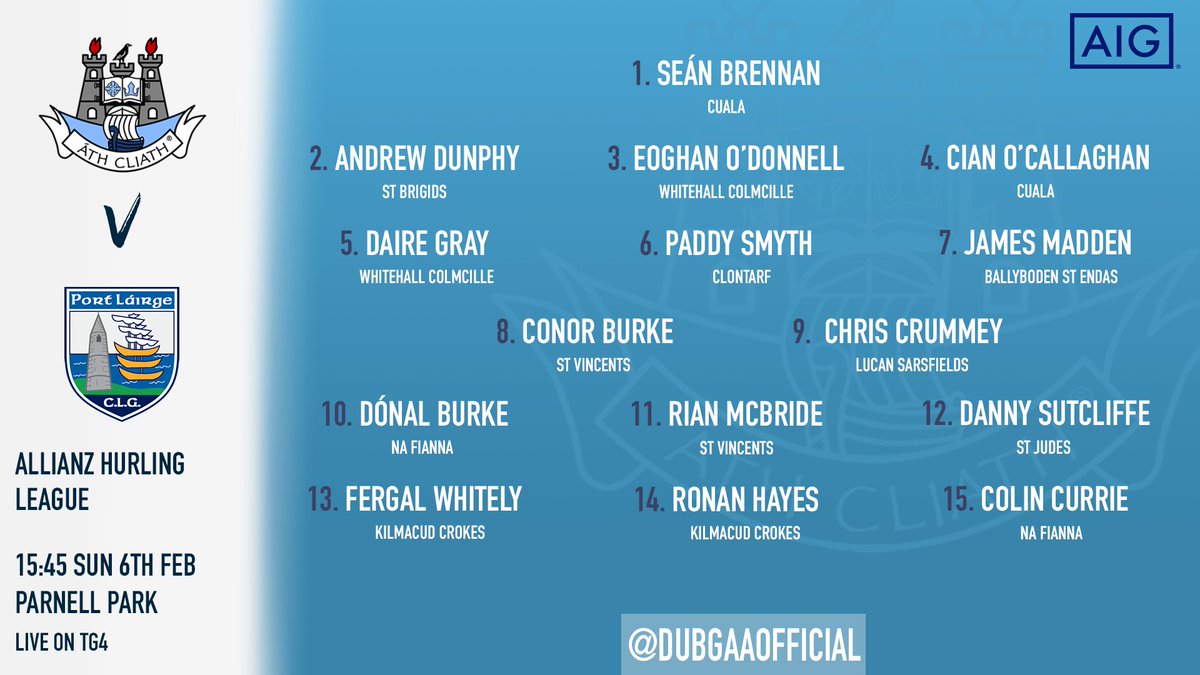 The team looks to be taking shape the last few games. looks a strong unit. Wonder where Rushe and Barret fit in if/ when they return properly. Cian o Sullivan and Cian boland aswell. a good problem for Matty to have i guess !

Boland must be injured or away? Hasn’t featured at all. Hoping COS is back soon, he was flying.

Irish times tipping us for the win

Looking forward to this tomorrow

Colin Currie wasn’t playing fitzgibbon was he? The brother came on for dcu, management didn’t start him for some bizarre reason. Picked up a goal and was fouled for three frees in the ten mins he was on the pitch, pretty unusual decision and to be knocked out by a point makes it worse.