Good stuff by the two counties.

Is he originally from Dublin? Someone was telling his family home is across from Towers pitch on Monastery Road

Everyone from Meath is originally from Dublin - except those that own tractors.

I am sure this will be well supported. Distinct lack of coverage in a positive story where the GAA is rightly supporting one of their own following an appalling incident. Just doing their thing - no moral outrage or dinosaur speak.

He’s from the houses directly opposite the main gates.

Think it’s a great gesture by both counties.

Must be something for the family.

And i’d Imagine players do a lot more voluntary and community work behind the scenes. I know Jim G was up in Falls Park recently for Anto Finnegan.

Brian Fenton was up in Derry the night after he won the PotY. The stuff these lads do around the city and beyond is unreal. Luckily they don’t have to work …

Must be some money in begging all the same…

But yeah we get the local paper…and there’s always a photo of a county player at some community event.

That and a mandatory story on the plight of farmer whose land was flooded or whose haylage was wrecked by vandals. 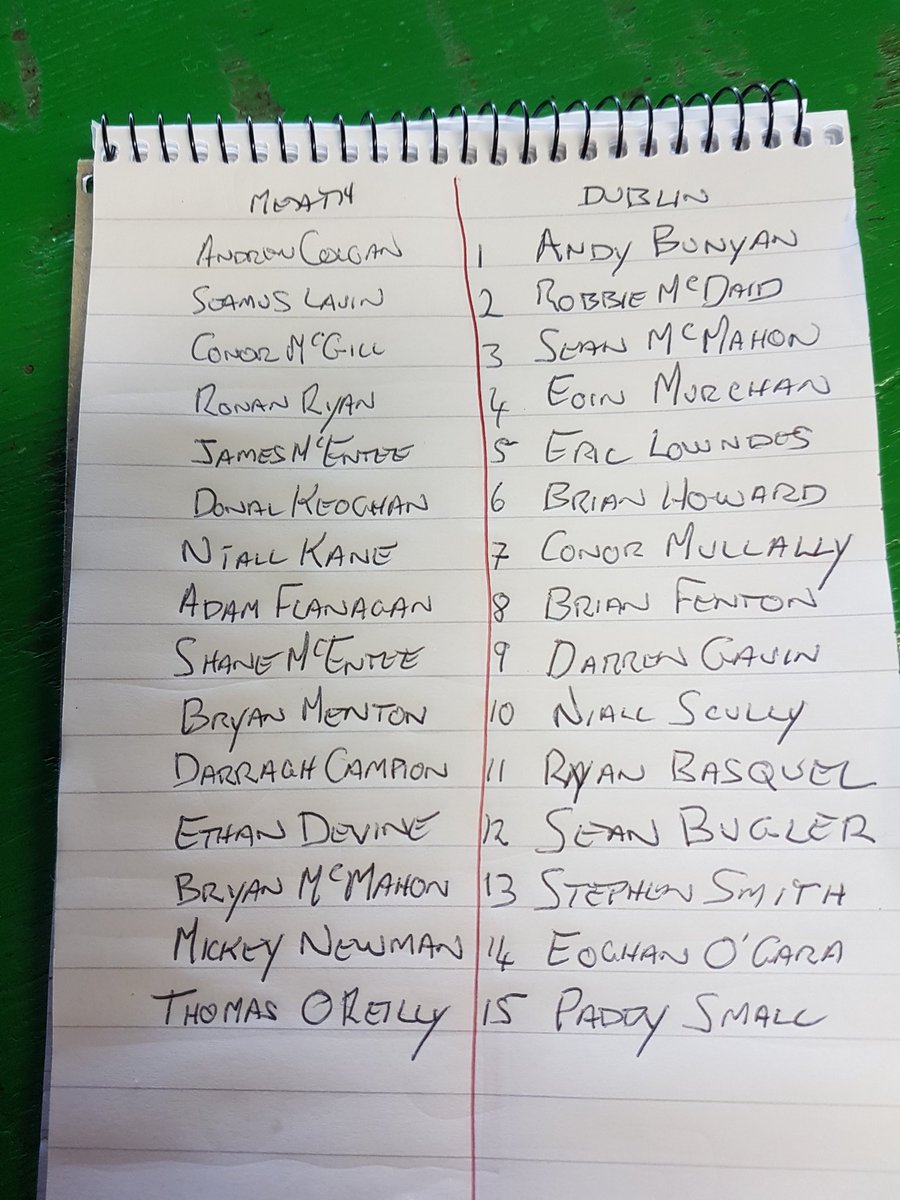 O gara playing like its first ever game of ball.!!
8 -4 meath ,been far the better team

Four unanswered points down the home stretch helped Meath to a rare win over Dublin in Navan.

This was the wake up call we needed