Equality....will we ever get there?

93% of players not in receipt of any travel expenses. 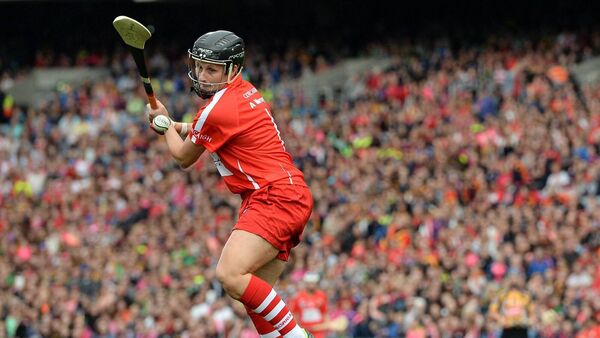 Cost of play for camogie and ladies footballers 'increasingly unsustainable'...

There’s a 42 article with former Cork Camogie goalkeeper Aoife Murray today. She spent 9/10 years travelling from Dublin to Cork for training and spent in excess of 50k in travelling expenses.

That’s probably an extreme example but the problem still exists and in a Covid filled world car sharing is not encouraged.

The first reaction of many to this would ‘so much for 20X20’. It’s not that simple unfortunately. It’s all cyclical, if we as supporters constantly commit to supporting female inter county players like we do the men they’ll be supported more financially and in others ways and then they’ll be able to continuously improve and get the most out of themselves.

It’s great having 56k+ at an All Ireland Final on the biggest day of the year. However there’s still tumbleweeds blowing around club grounds in January and February with league games going on. The best way to support these players is actually get out and support them (obviously not at the moment).

It’s come so far but there’s still so much farther to go.

It’s not just January and February. Right up to All Ireland semi finals you have no one at them. Can’t spend what you don’t have. And like the men. Maybe reign in the lunatic training regimes rather than look for more money.

You try reign in training then the finished product might not be of as good a standard as it could be and you put fuel to the “girls aren’t good enough why would we support them” argument.

93% of players not in receipt of any travel expenses is still too high though.

It’s all cyclical, if we as supporters constantly commit to supporting female inter county players like we do the men they’ll be supported more financially and in others ways and then they’ll be able to continuously improve and get the most out of themselves.

Im all for promoting the ladies game, but in my view, your main problem lies in the fact that females themselves dont take the time to support their games. Without that, it’s difficult to see how it will grow as a spectator sport.

Not necessarily. Less time working on systems might make the games a bit more off the cuff. Far too much time spent training for amateurs, ladies and men.

Maybe reign in the lunatic training regimes rather than look for more money.

Ok so instead of travelling down 4 times a week, they travel twice, that’s still 25k for the player mentioned above, should she not get those expenses?

The report said they were training/playing 5/6 days a week. That’s not sustainable with little to n o income bar from one day of the year.

How much of Men’s players expenses are paid by government grants though?

Either pay nobody expenses, or pay them equally.

You could argue that for every “elite” sportsperson in the land.

Yeah that’s definitely a factor. How many ladies football club players would even go to support the county team? In my experience not too many.

You look at the all Ireland final attendances. How many of those are screaming kids or young girls with no notion who the players there are. Of course there will be some who will be inspired by what they see and those memories will encourage them to continue playing. However they’re probably a minority. It’s fine getting clubs to load buses up of young players but what about the early rounds? How many will sit down on Saturday to watch the Dubs play Donegal?

Thats their argument, I’m not sure what criteria was looked at when deciding the levels for each organisation but its a very large gap.

Do we know, are LGFA & Camogie only paying mileage for Senior players or are Inter & Junior Teams included? The GPA grants are only Senior as far as I know, granted the competition set ups are very different

Well there ya go, there’s no justification for the government to be giving the mens game 4 times more than women’s game.

is that 700k for both Camoige and LGFA together or just the one? Obviously, the 3m to the GAA is across the two sports, so 4x might not be accurate. It’s still twice as much which still isn’t on from Govt

If it costs both Mick Fitzsimons and Martha Byrne €50 let’s say an evening to travel from Dalkey to DCU then they should both be compensated that €50 or the same amount each for their travel expenses.

The argument against that is the game that Fitzsimons partakes in is far more profitable and sustainable from a financial point of view than Byrne. However that’s not really fair is it?

We can’t keep justifying inequality by saying female sport dosent generate enough revenue to warrant fair investment and thus we can’t give them the expenses to succeed. Maybe if players are given expenses more will commit and it’ll generally help raise the standard.

And when you consider how many lads would be driving around in their sponsored or semi - sponsored cars to training. I would imagine the amount of ladies football or camogie players nationally in a similar position is a very low figure.

The LGFA & Camogie association don’t have the money the GAA do, the Government grant should be equal, I imagine there may still be a discrepency in the expenses due to the financial position of the two associations but that will change over time too

What I found shocking was the number of IC Ladies (69% I think) had to contribute to their own Gym training, would doubt there is a team AFL 1 - 4 in Dublin who don’t have access to a gym through their club.

The grants should compensate for the discrepancy between the wealth of the organisations imo. Or at the very least be the same. It shouldn’t be the top players paying for this out of their own pockets.