Agreed but the parents situation is a different story.

What would be the difference? Apart from playing country teams

as a mentor / coach which is a better indicator of how you are progressing a season long league or a 1 day blitz ??

on player welfare its madness also. in Silverpark Saturday D1 football a minimum of 3 x 40 minute full pitch games with 15 / 20 minute intervals followed by a semi final after a 2 hr break. that’s over 2 and a half hours full tilt football for the strongest players.If we asked Dublin seniors to do it there would be a national outcry

It won’t be billed as a mini All Ireland. More of a festival of Hurling/Football. I have seen how very seriously a lot of the top clubs take the Féile and it’s counter produtive with the lads who starred at U14 are usually lost to the games at U16 Minor

Personally i think its a great competition. But its not the be all and end all that some people make it out to be.

From a player perspective i think its great for them to show off their talents to what is usually a bigger crowd than what they are used to, especially when you see some players family members turn up who would not normally be able to attend games.

With different divisions now being sent to represent Dublin at the national Feile can only be a good thing for some clubs. For example with Skerries winning the Division one Feile, have they ever had a team in a national competition like this before? It will raise the club profile and when you go to the national competition you forge new links with clubs from around the country.

We will never get rid of the over emphasis of winning the competition that some mentors and parents bring, Some are just an utter disgrace.The league would have more relevance on how the team is developing and then stepping up to U15 when championships kick in is where the more competitiveness should begin.

The old fashion National Feiles have been changed over the past few years. Gone are the All Ireland Div 1, 2, 3, etc competitions and these have been replaced by regional games for these divisions. As far as I can remember, the only All Ireland completion is for the level of the county hosting it - i.e. if it is a county whose strongest team is Div 4, then all Div 4 county winners attend the weekend there. All other divisions will be based regionally for a mini blitz.

For years it went crazy where squads followed the sun abroad for bonding holidays, flights down to the hosting county, etc. Fund raising went on for ages beforehand to fund this, plus new gear, etc. Some of this remains but probably not to the same degree.

That’s another aspect to it . . . My club had to raise a lot of money to kit the teams out for Féile 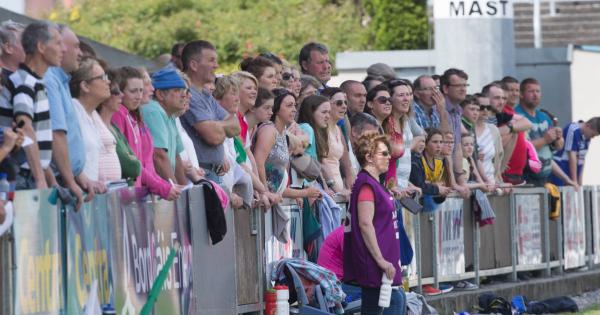 COMMENT - When it comes to Cumann na mBunscol, sometimes winning can cost too...

Just want to add this in here.