I reckon there’s going to be another Padraig Nally soon enough.

A local undesirable recently tried it on in a park against a lad who was a serious martial artist. Scumbag didn’t know this of course. Random attack.

He got battered spent five days in hospital. Can’t say I was that bothered when I heard about it

These people really need to ■■■■ off. Not only are they fucking stupid but they’re insensitive and completely out of line too. Grown adults with zero respect whatsoever.

Fares go up by 12% at the start of September too

I will be rolling in it

Good few up here have packed it in as well.

For all the media talk about people not being able to get taxis on Friday/Saturday nights at closing time, they forget to tell you that there is plenty of other times when drivers are sitting around twiddling their thumbs.

I think if later closing times are brought in as the government said they would do but seem to have forgotten, it would help the situation. People wouldn’t be all coming out of clubs and pubs at the same time.

It will help spread the load alright but the fact that the city isn’t well enough policed means a lor of drivers will avoid the city centre for their own personal safety.

Well the policing issue is another issue that needs urgent attention. Actually it’s “non policing” as all I see is the odd Car driving around at night when in fact they should be walking the streets. Meanwhile people get assaulted.

Can remember a time during/post ‘recession’ when I was working in town but living in said sticks, you could blag a taxi for 30e. Often did it on a night out. 1st fella might say no. But next one or one after would take you. Same fare cost you 80e today I believe. Madness unless theres 4 or more of you sharing, and you’d want to have had a good night beforehand.

I read where the Guards caught a Romanian chap (based in UK) allegedly attacking a woman on Camden St last week. Young woman would want to buy a lottery ticket imo. Fair fcuks to the Guard(s) in question but she’s blessed, no doubt about it.

Lived in that neck of woods for many’s the year. Saw some interesting stuff, particularly when the lights went down. Never had anything done to me (bar a kid egging me as I was taking cash out of the ATM !) but you could definitely see it go down hill over the years, with a significant element developing and coming to the boil last few years. Real case of the have’s and have not’s (not excusing it). Area is seriously under resourced and neglected. Few decent skins trying their best (decent councillors, good community initiatives etc) but seriously undermined in their efforts. Obviously large scale organised and low level crime rule the roost there unfortunately. Large parts of it are unpolicable it appears.

The folk paying 1850e a month for a 1 bed dont care until it lands on their doorstep/balcony (infrequent but still). Our own MDMA was heavily involved in several projects in that area up til recently. Fair dues to him.

9pm on a summer Sunday evening …

I work there . Run by gangs and knackers.

Never a copper in sight. Wouldn’t work after 6pm any day in the office in the winter now

Moved onto to a desert island on a one way ticket

Not just Dublin lads. Someone I know got beaten up badly two weeks ago in a small town. Was a great town and never any trouble until non nationals were moved into it and if I get accused of being racist then so be it. A gang of youths going around randomly attacking people at night and not a cop to be seen.

The vermin thugs even have a name for their gang. Urgent action needed before someone is killed. 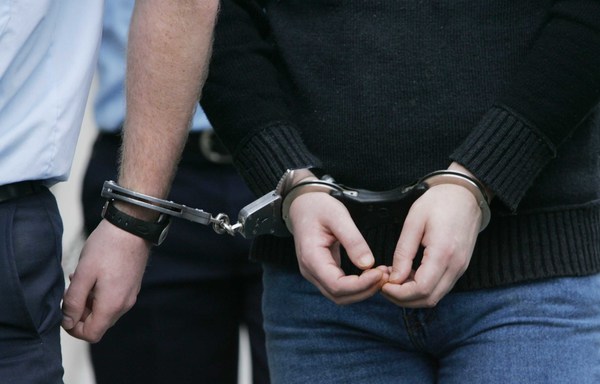 Let’s all hold hands and sing

Tell that to the ghost of Ana Kriegel.
You always have a choice, despite your background and your childhood.

she’s says in the article

She acknowledged the “frustration” many people felt when they become victims but said her approach would pay off in the longer-term:

“If we marginalise young people when they’re teenagers then we’re just excluding them from society,” she continued.

Frustration? how do these people sleep at night?

Such utter bollox. Lack of conseqences is the big problem