Dean has s healthy lead here with only two Tipp men showing - and he has a game in hand on them. Hopefully he has three games remaining. I am delighted for him because he has obviously worked tremendously hard on his game and is reaping the rewards. Most improved player in the country IMO. 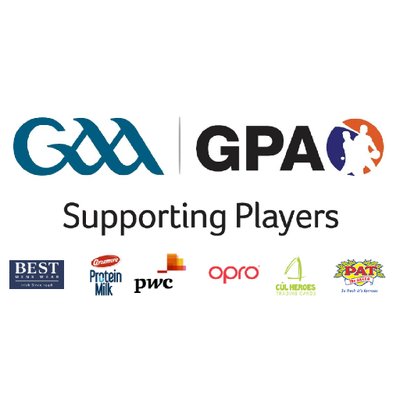 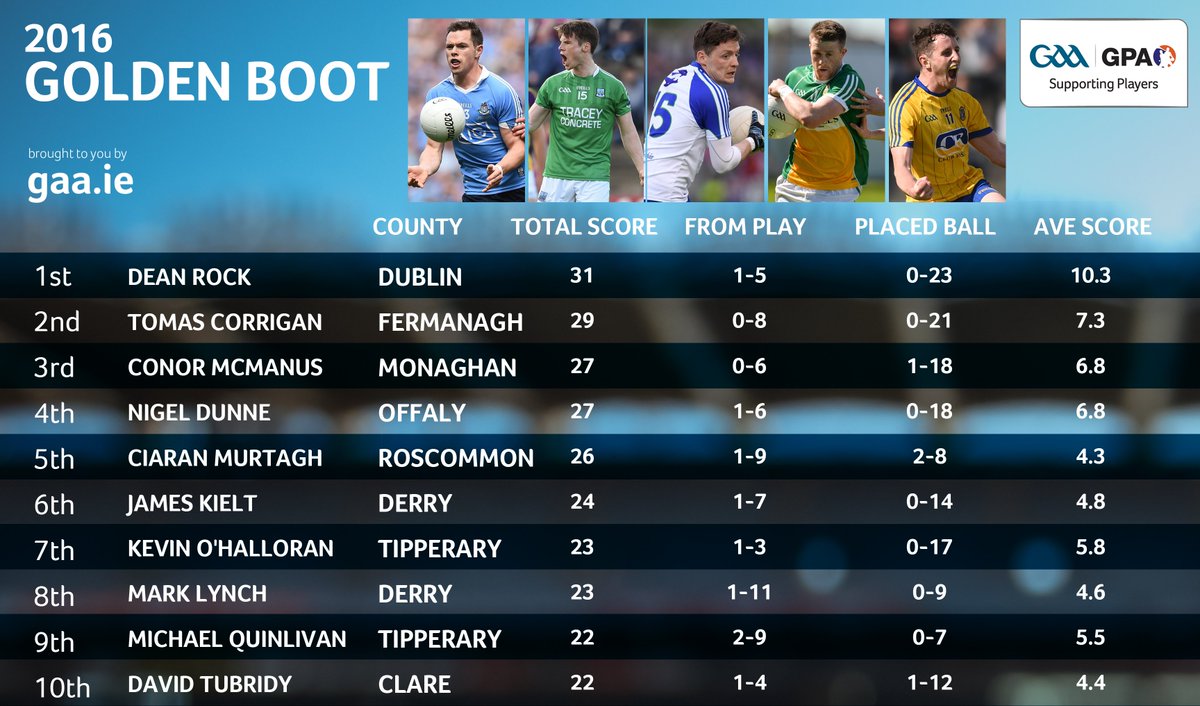 Most improved player in the country IMO.

He has really added to his game this year with his strength at getting the ball and his off the ball running to create space was great last year but has come on even more this year.

He clearly wasn’t happy just picking up his second medal last year. He went away and obviously worked incredibly hard over the winter and is now easily one of the first names on the team sheet. His frees have being flawless this far.

For some reason he doesn’t seem fashionable amongst the support and the media which I find bizzare because he’s an excellent footballer and his father was such a Dublin icon.

If his level of performances keeps up he is surely a shoe in for an All Star.

Not knocking Rock. He has improved beyond measure. But when you lok at all of the above it’s basically for free takers.

Quinlivan stands out from the pack on that score.

That’s the usual case alright Alan though I seem to recall Bernard was way up there (last year?) with only one or two frees?!

Rock has scored heavily from play this year too though. I accept fully the point about free takers but every team has their own free taker, they still have to kick the ball over the bar though and Deano is becoming the best in the business. Best free taker in the country this year imo

It’s what he has offered form play that has really highlighted him this year, with many feeling he wasn’t up to at this level in open play. Anybody who has followed ballymun and seen him in action the last couple of years can testify to his workrate off the ball, his kicking from play and some of his amazing scores as well as his attitude and temperment being top notch. A natural and I for one am delighted he is finally showing it at county level and being appreciated for the top player he is. 9/10 points a game is some return, even for a free taker.

Is there a hurling version of this? If so, what is it called?

The Golden Cumán has a nice ring to it.

GAA Statistics: The duel of the dead-ball specialists

Dean’s conversion rate is incredible but does hammer home how well thought out or strategy is with regards to playing the percentages on long range/difficult efforts.

What was the final standings anyone?

Add them on you lazy sod

Surely somebody has a link?

The GAA haven’t updated the scoring rankings since August 2nd.

Deano has it , he was leading going into the final .
Looking at program for replay
Dean 1.49
COC 2.35

Surely somebody has a link?

Averaging 8.7 a game? Wow. Some tally… Surely he gets the all star??

I think he will get All Star, played well against Kerry and saturday. Apart from Paul Geaney and Michael Quinlivan there has been no standout inside forwards.