We are all aware of the massive advances (ongoing) with sports and science. Following some posts on other threads I think it’s best to give this a home of it’s own.

I’d imagine there are a few lads and lassies here who are into that side of things in terms of their job and/or study. There seems to be quite a bit of conflicting and even wrong information out there and even on the threads - never a good thing. As any fan would, I am interested in this stuff - though a complete physical shambles and medical luddite myself.

Can someone explain some of the basics? What exactly is measured? What is this redline issue? Does it just pertain to muscular injury possibility or does it flag cardiovascular dangers and the like also? What are the dangers of ignoring it - are they potentially bigger than physical damage?

Do Mayo do things differently than say Dublin or Kerry?

All correct information welcome and in as layman friendly terms as possible!.

So we’re in this kind of territory …?

In order to use GPS data to prevent injury there is a need for prolonged collection of training and match data for each player. There is also a requirement to maintain an accurate and detailed diary for each player focusing specifically on injury occurrence and condition, muscle and joint soreness and general well being. While it is not possible to link GPS outputs to traumatic injuries that typically occur in GAA (e.g. dead legs, shoulder dislocations, bone breaks and fractures) it is possible to attempt to link the outputs to chronic / overuse injuries, muscle strains, pulls and tears and potentially even to ligament tears and strains. Unfortunately for the system to be effective in future it is dependent upon the occurrence of injury in each player

Does Gavin use it ? Didn’t think he did

Did you get to see Dara’s program recently about sports science, gave a good insight into the GPS and the work behind it.

Much more than the lads wearing the thing in their jersey, they all really have to buy into it and they have to measure how much sleep they are getting , how they are feeling after training , if they are feeling any niggles and emotionally how they feel etc. They all input it on their phones through an app daily. Then they showed the guy analysing the GPS data about burst speed and heat maps and the bottom line distance covered during a match session and if your numbers weren’t in-line with other team mates they’d be looking closer at it for the reason.
Fascinating stuff and I suppose in a generation where we log a lot of things now into our phones it’s a handy tool. But when it starts creeping into club level the waters muddy a bit 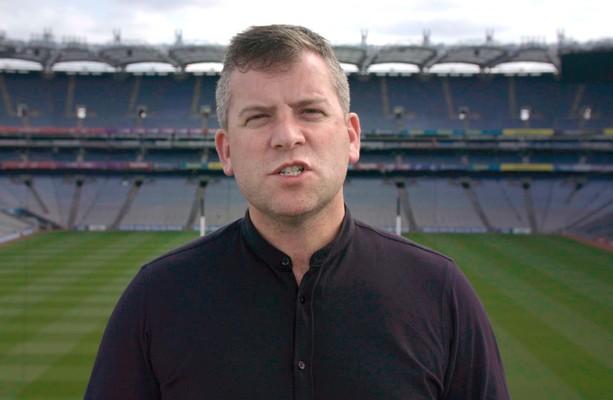 Unless there has been advances in the technology in very recent times, they only measure distance travelled and the amount of sprints made etc. This info is used to keep an analytical view on the individual “red lines” of players. For example, the medical team will be aware that if player X has made 11 long sprints, 11 half pace runs and covered 11kms he is at his personal peak for muscle fatigue and is risking a soft tissue injury. To that extent, I think it’s a fantastic piece of kit. Professional sports have been using it over a decade.

I believe the next step will be to have wireless (obviously) pulse oximetry monitoring of each player, because monitoring actual heart rate during the game would be a better monitor of critical fatigue.

Advanced sciences in sport mean we have more powerful and athletic footballers than ever before. I think it makes the game a better spectacle, and of course, has helped us be as successful as we are over the last 6 years.

Also the different levels of data, like the lads who wear the ‘sports bra’ type senors, these measure your heart rate also which can be interpreted a few ways which can definitely signal fatigue or injury and overall fitness level or couple it with the movement from the GPS can tell you how much ‘effort’ is being put in and in what zones the player is in.

Fingal Ravens use it in their matches. I wonder how effective it is at club level if as is said above it requires a massive amount of effort and buy in from the individual

You’d need a GPS tracker to get home from Rolestown.

Takes MASSIVE amount of time to read and interpret the data after the training session (the most important) and after a match. So you are trying to read the data of 25 different lads too.

I played American football in Dublin and every Tuesday morning you’d get your email notifiying you to log into HUDDLE to review what the coaches had broken down your session. This took a lot of time and effort to sit through the tape and dictate over the video what was going right or wrong and improvements, over a 2 hour session and break down per player.

You really need someone to look indepth at the GPS data to really understand it , but some of these stats guys live and breath it

Advanced sciences in sport mean we have more powerful and athletic footballers than ever before. I think it makes the game a better spectacle, and of course, has helped us be as successful as we are over the last 6 years.

Thanks @OverTheBlackSpot - I actually saw that programme but my eyes were glazing over a bit - now I will watch it with renewed interest. Waterford hurlers in it a bit?? I reckon you can get programmes now that will easily collate and compare info across all squad members?

ps It strikes me that if they had them things in my day - especially my soccer Sunday mornings that the manager would have approached me most Sundays and said ‘you can’t play’ and when I asked why he would have replied ‘because according to our stats you are dead.’

Yeah Waterford hurlers and also the Wexford camogie squad too. Yeah software can cut out a lot of the noise and focus on what you need but you still need to read and interpret the data for the individual player. I suppose if somone is going well in training its not like you have to go in-depth to find out whats going right but it’s a good measure.

Needs a tremendous buy in from the whole panel & management . It’s a lot to take on but the benefits can be worthwhile.