Couldn’t find a thread for this. But please amend if needed!

Cuala beat Brigids in the relegation game there 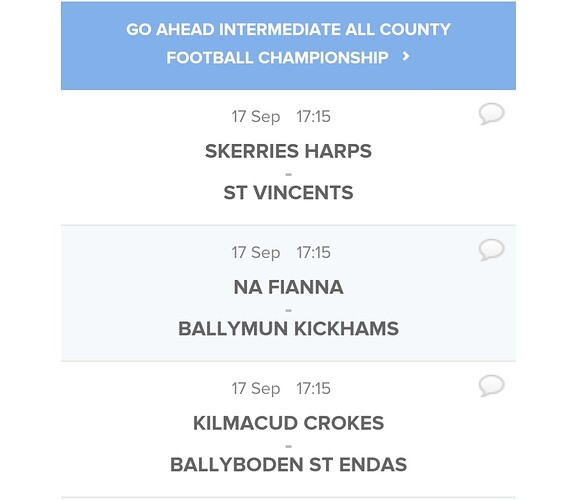 Best thing for this Brigids team . Playing at too high a standard for the last 3 years considering the team they have . Lucky last year that they had a BYE in their group

Am I right in saying Brigid’s have a team in Junior 1? Will they have two teams in it next year or will their junior A team be forced down?

Regardless, it’s an absolute farce that Cuala could give a walkover during the Championship and (possibly) load their team to win a relegation play-off.

If two concessions gets you relegated in the league, surely one strike and gone for Championship?

Yes you are right they will go down a championship which will be good for their development aswel i think . The Junior 1 team from this year is very young apart from maybe 4 players

There are fixtures up for semi final but they don’t look right ?

There’s still one 1/4 final to be played so that could be the issue?

I see Vincents bet Harps, how did they end up playing each other in the QF when they were in the same group?

I don’t know if that’s all right … the semi fixtures don’t have boden and they beat Crokes ?

Maybe it was a playoff for the group because they drew and both got a walkover?

Yeah that was a playoff to see who topped the group not a 1/4 final. Vincents now play TSS and Skerries play Lucan in the 1/4s.

Vin’s won well so they’re into semi with Boden and Na Fianna.

Is the draw made for these semi finals?
Who are the remaining front runners for this comp?