Heffo’s time is a bit early for me to have any great feeling for him, but I know some that played with him and under him and the impression is always of someone very singular. From conversation, Heffo’s approach seemed closer to Cody than Gavin.

In the moments after the final this year, I was convinced Gavin was saying goodbye. His salutes to the crowd suggested everything of a man leaving. But the more time that passed, the more that feeling waned. Once we hit early October I was convinced he was staying on.

My initial reaction was complete shock. It still is. We’ve been so blessed in these 7 years that its almost hard to remember just what it was like not having Gavin as our manager. The GAA world was so different 7 years ago. What he has achieved in this period will never be topped. Not in our lifetimes anyway.

When I heard the news, I actually thought it was a hoax. The timing just made no sense at all. The noise I’d heard from all corners was he was most definitely planning for 2020 and beyond. I had comforted myself that we were going to see Jim stay in charge for many years to come. Something must have come up outside of football. The only explanation for it being now.

Selfishly, I wanted him to stay on, but after achieving the 5 in a row, this year was the right time to leave, albeit a few weeks later than I would have expected if he was going to leave. His legacy will be unmatched. Heffo will probably go down as the manager who had the biggest influence on Dublin GAA, but Jim Gavin will go down as our greatest of all time.

Over the last few days I’ve been thinking about what we’ve seen in his tenure. 2013 & 2014 was the best football I’ve seen any team play. The Kerry game in 2013 will never be matched for quality. During these 2 years it was Harlem Globetrotters style football. It was just a joy to behold.

Obviously our style of play changed from then on. But watching how this team evolved over the 5 in a row was incredible. We built a defensive structure, we became a much smarter and efficient team, while there quietly was a number of new faces brought in and old faces phased out.

There has been marked improvements in a number of players under Gavin, which again is a testament to the setup. The development of Paul Mannion from a raw talent in 2013 to a fully rounded footballer in 2019 is the perfect example. The development of Niall Scully from a player who at u21 I did not expect to play for senior at all, to being a certain starter for the past 2 or 3 years.

There really are not enough words to do justice for the Jim Gavin era. What he has given us over these past 7 years can not be underestimated. A legacy that’ll last forever.

My initial reaction was complete shock. It still is.

Glad I’m not the only one.

maybe it’s time for us rebels to again Reign supreme

You’eve never reigned and never, ever being supreme.

1990 - all Ireland senior hurling and senior football champions, sounds pretty supreme to me

But but but were financially doped, AIG, surely we could just outbid them with all our money.

Coming to the party abit late buddy, by the way we have won as many senior football AI this decade as have your county in the 135 years of the GAA.

I would have to go for Heffo, but it is probably more to do with my age than anything else,

In Thomas Hauser’s book about Ali…he wrote about how sports journalists who’d grown up reporting on Ali…wanted him to beat a young Larry Holmes.

Then when an old Holmes fought Mike Tyson…they rooted for Holmes. Even the crowd cheered on Larry at the start of the 4th when he came out dancing.

Nostalgia plays a big part in how we define greatness. The memories and emotions they created.

I guess the most you can hope for is that you’re the best of you era. You beat what was in front of you. And in that sense Dublin can boast of having 2 greatest managers of their eras.

While I agree with most of that, Ali/Clay was feted as being destined to be a true great from quite an early stage I think. Of course you could say his personality was a big factor but I’d say as many disliked it as liked it in the earlier, more traditional years. Personality was not so much liked til the late 50s/first half of the 60s broke alot of moulds.
Dublin 70s team didn’t get much credit from some quarters til hindsight was 20-20.

It was just more on ‘who was the greatest Dublin manager’.

In one sense you can just compare their achievements.

But for me - it’s impossible to answer …much in the same way it is to wonder who was the greatest between Tyson v Ali.

I’d say an older generation of boxing fans / commentators such as Bob Sheridan would pick Ali. Backing up BigP’s point on age profile

Either way, it must be nice to have 2 great managers to compare. For me, this Dublin team will stick in the memory for a long while. Aside from the beatings…they were terrific to watch.

I kind of wish MH had done what JG did…and left when he was on top.

Very different situation though. County Board got themselves into that dependency I think. He has remained relatively successful, the main issue for Tyrone probably about developing a different style. Donegal too. Harte either couldn’t or wouldn’t.
Boylan stayed on forever with Meath and look at them since. However he had a second very successful period after the first so who was going to tell him to go?

Don’t want to hog a Jim G thread with MH !

Just mentioned MH as I think that unlike JG…he’s stayed on too long.

Cody is in danger of doing the same.

Very rare in sport you get the chance to retire when you’re on top. Even rarer you take the opportunity. Most sports people find it too addictive and stay for one more challenge.

Again, Kk is not Dublin GAA, despite all their success. The job here has become much bigger than any individuals, despite individuals making a huge difference with the Snr footballers, and John Costello of course, they though have created something huge now. And no coach has stayed on longer than five or six years since Heffo.

Eamon Coleman was a bricky when he managed Derry.

Times have changed. Being an IC manager is pretty much a full time job.

I never realised Jim G had a young family until someone posted a photo here of him playing with his son. Never mind holding down a full tine job.

Makes Jim Gavin’s time/service with Dublin more remarkable. And that he gave it freely.

Don’t want to hog a Jim G thread with MH !

Just mentioned MH as I think that unlike JG…he’s stayed on too long.

Cody is in danger of doing the same.

Very rare in sport you get the chance to retire when you’re on top. Even rarer you take the opportunity. Most sports people find it too addictive and stay for one more challenge.

There is a bit of a dichotomy about managers staying for a long time though. If your main ambition in life is to manage a gaelic football team (unpaid, or relatively unpaid), are you ambitious enough to have the job in the first place. Managing a big county is akin to managing a big organisation. The budget might only be a million or so (with the big counties), but in terms of the requirement for vision, organisational skill etc. it is more like a very large organisation. Maybe teachers are different in that you can actually go to the top of your profession and also manage a county team. But for most other jobs, if you want to do a county job over a long period, you are going to limit your career, or else your career was limited to start with.

But for most other jobs, if you want to do a county job over a long period, you are going to limit your career, or else your career was limited to start with.

I know one Tyrone player who’s delaying his Chartered Accountancy exams due to football.

Whoever takes over…they’ll have to man a lot of levers.

JG’s background probably prepared him more than most, in that he seems very process-orientated, methodical and calm. 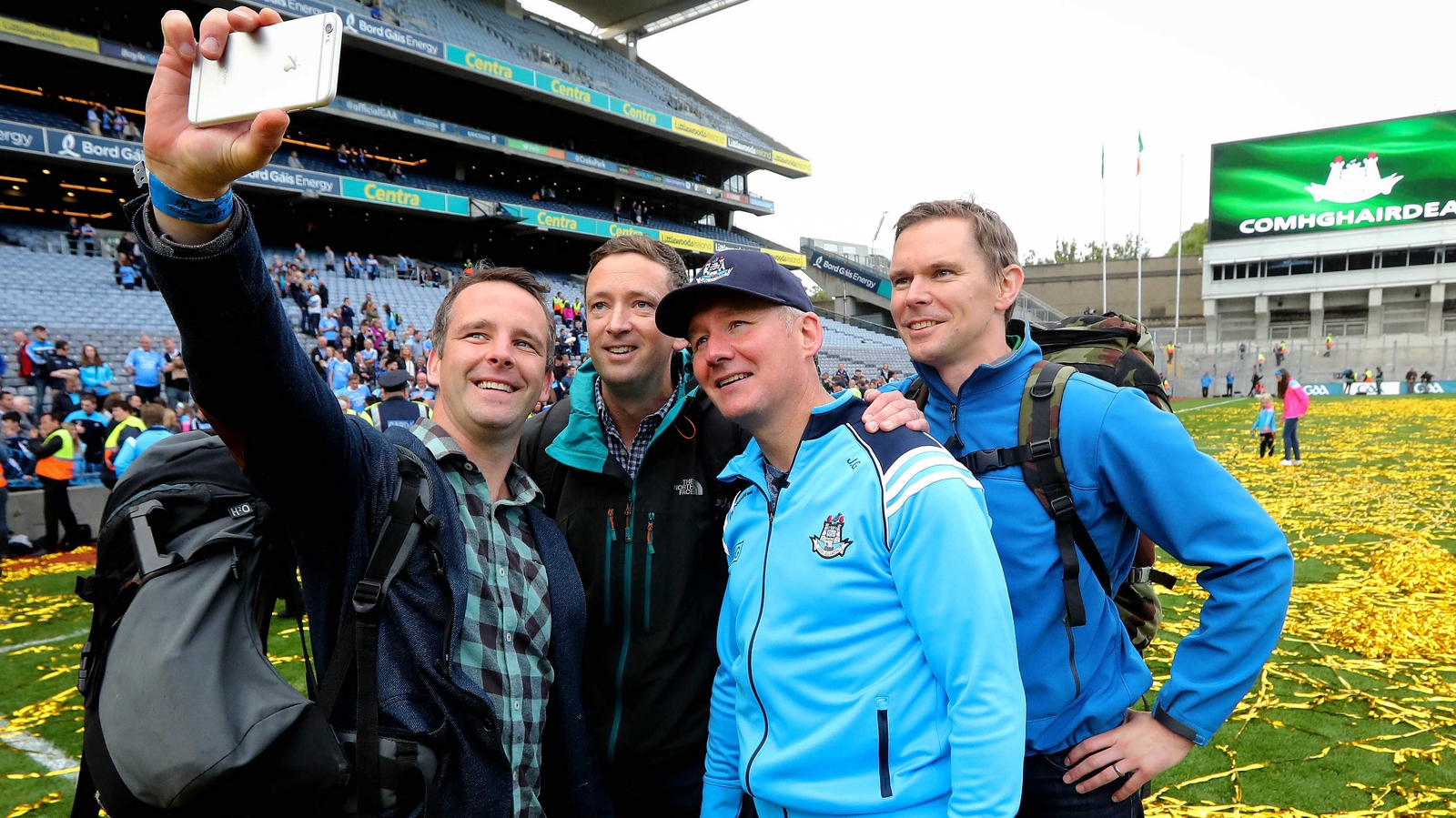 Gavin opens up on Dublin departure

Former Dublin manager Jim Gavin has said he has no regrets in walking away from the role as he spoke publicly about his exit for the first time today.

…Never mind - covered above in article

Still a kick in the bollix reading “Former Dublin manager” 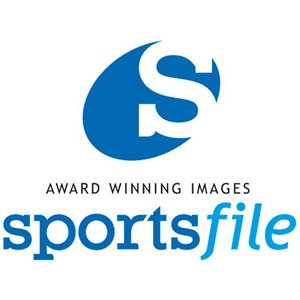 Another one for the mantelpiece! Former Dublin football manager Jim Gavin has won the Signify Sports Manager of The Year Award this afternoon. He last won the award in 2013. 📸 @Harryamurphy sportsfile.com/more-images/19… https://t.co/IzuF9KUsu9 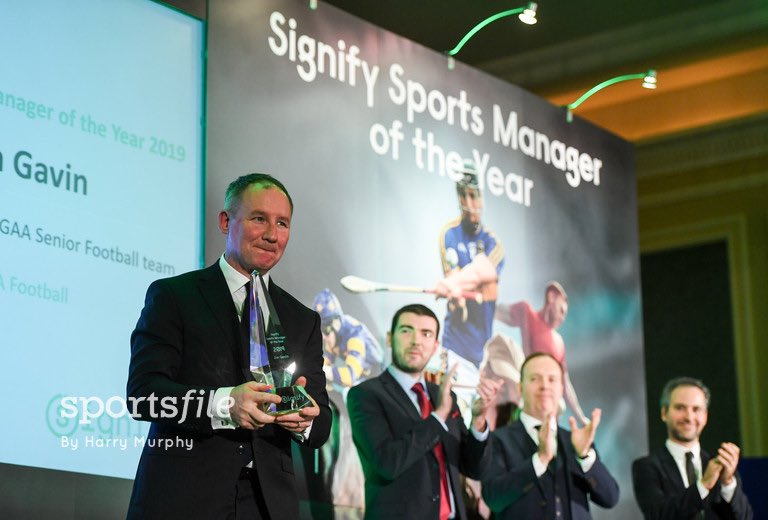 Coming to the party abit late buddy, by the way we have won as many senior football AI this decade as have your county in the 135 years of the GAA.

you have no knowledge of my county origin, you have just made an assumption I am from Cork because I mentioned that they reigned pretty supreme in 1990