Best of luck Johnny . Was a real warrior for Dublin . 7 All Irelands in 8 years and one of the decorated leaders during that time

Best wishes for the future Jonny. I know the legs were going a bit for him but the experience we are losing at the back with his departure is huge. Hope Dessie and Pat can figure out how to block that gap in the summer.

Thanks for everything Jonny. Enjoy the retirement and concentrating on club football from now on.

A tenacious and dogged defender. Johnny was as brave a player as you would find. He would put his body were you wouldn’t put a hammer. Much of the glory years were built on the three corner back talents of Johnny, Fitzy and Philly. I’m not sure we will replace them anytime soon.

Thanks for all the memories. Best of luck to Johnny in retirement. You were among our best.

Bit of a shock if I’m honest. Another good man down

One of our best ever defenders I think . Probably will only be admired within Dublin as we knew what he brought to the table more than most .

Will be missed because unlike most defenders these days he could mark a forward . A dying breed

And another one gone. Steel and grit that could play ball, kick a point and frustrate a forward. Personified the Dublin team of the 6 in a row. Will be missed. Enjoy the retirement coops.

A real contender for a place on the greatest Dublin XV of all time. Irreplaceable.

And this from a mun man about a Fianna lad.

Very sorry to see him step away. One of the greatest ever Dublin defenders. Smart, skillful, quick but above all else hugely brave & courageous! Thank you Jonny for everything you have given us over the past number of years!

At his peak he was a phenomenal defender. What a career, longevity in blue way back to Dublin colleges hurling success, under 21 captain etc.

Some man. Thank you.

The best we’ve had imo. As an out and out back I mean. Phenomenal player.

He was peak circa 2016 to 2018 when he was at his tigerish best in the full back line . Also operated very well as a centre back in sone key games, notably the 2019 AI replay ,

Great warrior…best of luck to him in the future. A player any county would love to have. Brilliant reader of the game in my opinion, his positioning and when to stay and attack forward was key in his game.

We could all see the fire was fading but Christ, what a flame it was at its peak. Loved the intensity he brought, set a tone for the rest of the defence. His ability to come forward and offer himself as an overlap option was so often the key to unlocking stubborn mass defences.

I notice by the way his statement is at pains to stress he’s retiring from Intercounty football. I’m holding out hope he might return to his first love and build on that Leinster Minor Hurling medal he won in 2007.

If not, thanks for everything Jonny and enjoy your retirement.

JC typified all that was great in the last 10 years , ability , attitude, mental strength, a true love of the jersey, a decent skin off the pitch , the two Ws a Winner and a Warrior
Thanks JC

As someone else said, he’d put his head where you wouldn’t put a crowbar. An absolute warrior. And (just like Philly) not two shiney shites did he give if he was trashed in the media for it. A massive, massive reasons, we were genuinely feared when at our peak. Enjoy the retirement Johnny. You have earned every second of it.

Go raibh maith agat Johnny, true blue, would die for the Jersey. One of the best defenders to wear the Dubs jersey, and a pure gentleman off the pitch as well.

MDMA with the best tribute, yet again. 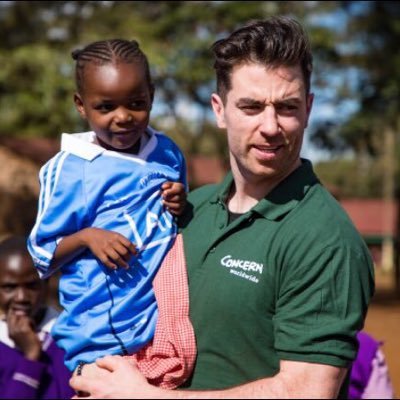 @MDMA_9
This man single handedly dragged the standards of Dublin GAA up, we wouldn’t be where we are without him. He shall be welcomed with open arms into the Old Man WhatsApp group 💙 twitter.com/jcoops/status/…

As tenacious and intense a player as I’ve ever seen. You would face up to the devil himself with no fear if Jonny Cooper was stood behind you.

He was the consummate team player. It was always about the team. If we lost in 2019 the man would never have forgiven himself. Thankfully we didn’t - and he was a huge part of it.

Not forgetting his scarey experience in 2014 either - not an incident that was easy to recover from.

Dublin’s loss will be Na Fianna’s gain. I sincerely hope that in years to come Jonny will look back at the last 14 years with tremendous pride and happiness - and realise how crucial a part he was in making it all happen.

A true great, fabulous memories of him. Wore the shirt with pride and distinction. Would never let the side down, he would die for jersey and his team mates.
Will never forget him running onto the pitch in Croker and nearly knocking the poor young fellows holding the flags down, he nèver ran straight out always zig zaged his way pumped up to the hilt and played like it too.
Best wishes Johnny.