Who would be favorites this year? With a lot of strong teams in the division 10 league not in this championship and with the league spilt between N & S its hard to call in my opinion.

Skerries top of Division 10, why would they pull out?

Numbers game, both firsts and seconds played a number of league games with 13/14 in order to keep both teams going. At least half a dozen away to Canada for the summer that would backbone the B’s

St James Gaels be fancied, skerries would too if they didnt lose so many and have to pull out

Finians could be in the mix, beat James Gaels in last year campaign, could be any amount of walkovers as well

Ranelagh Gaels actually have a team? cant see them in any league. they could rock up with a whole load of footballers for the hurling and go on a run

Dropped out of Div 10S

After looking at the results from last night, I was very bemused to see the score that went up for the KK vs SJG game (4-7 to 5-15).
I was at the game and this score is way off. Myself and another person at the game both had the score at
KK: 3-7 (definitely only scored 3 goals)
SJG: 5-22

I know for SJG it is a big win regardless and they should easily progress but for other teams fighting for quarter final places, it would be awful to be knocked out on score difference because of this.

That said, it is hard to see who will stop SJG this year. Their quick hurling and work rate was streets ahead of what a junior H hurler should be! Their free taker was very good, only missing 1 of 9. They have a lot of country lads well able to hurl. It will take a very good team to stop them!

Gaels with a convincing win against ranelagh gaels last night , I think they will win this championship comfortably. Don’t see anyone to stop them

Naomh Barrog and St. Anne’s with a few convincing wins too though i see. Could they cause an upset maybe?

SJG may not be home and hosed yet!

No matter what grade, there is never an easy county championship won!

Fascinating Championship this one. Lots of new entrants to Dublin Hurling and some newly formed second and third teams. Will be hotly contested for sure. Polished show from the Gers

So much classic Scully in this report.

Great for lads at that grade to be written about, will mean a lot to them Commercials turn the Power up on St John’s

Another one, nice to see some write ups for these players.

The score is submitted by the home mentor when the game is over. When the referee report is submitted it’s amended if incorrect!

The. Visitors. Enhanced. The. Scenery. 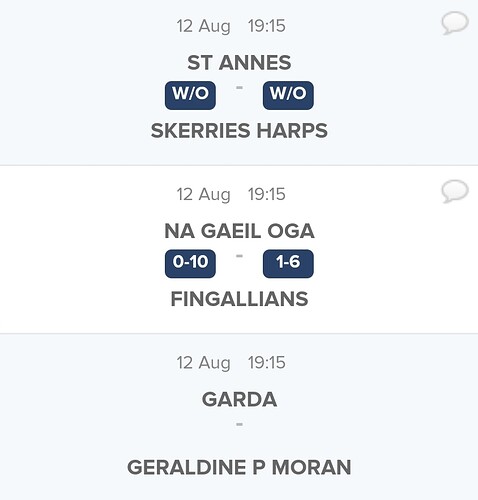 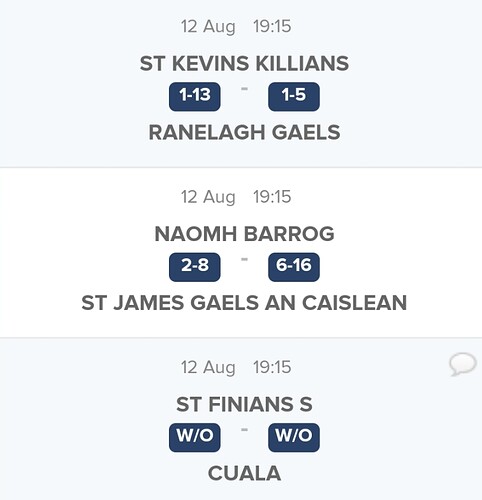