Was a nightmare to deal with for other teams.

All the best in his retirement. 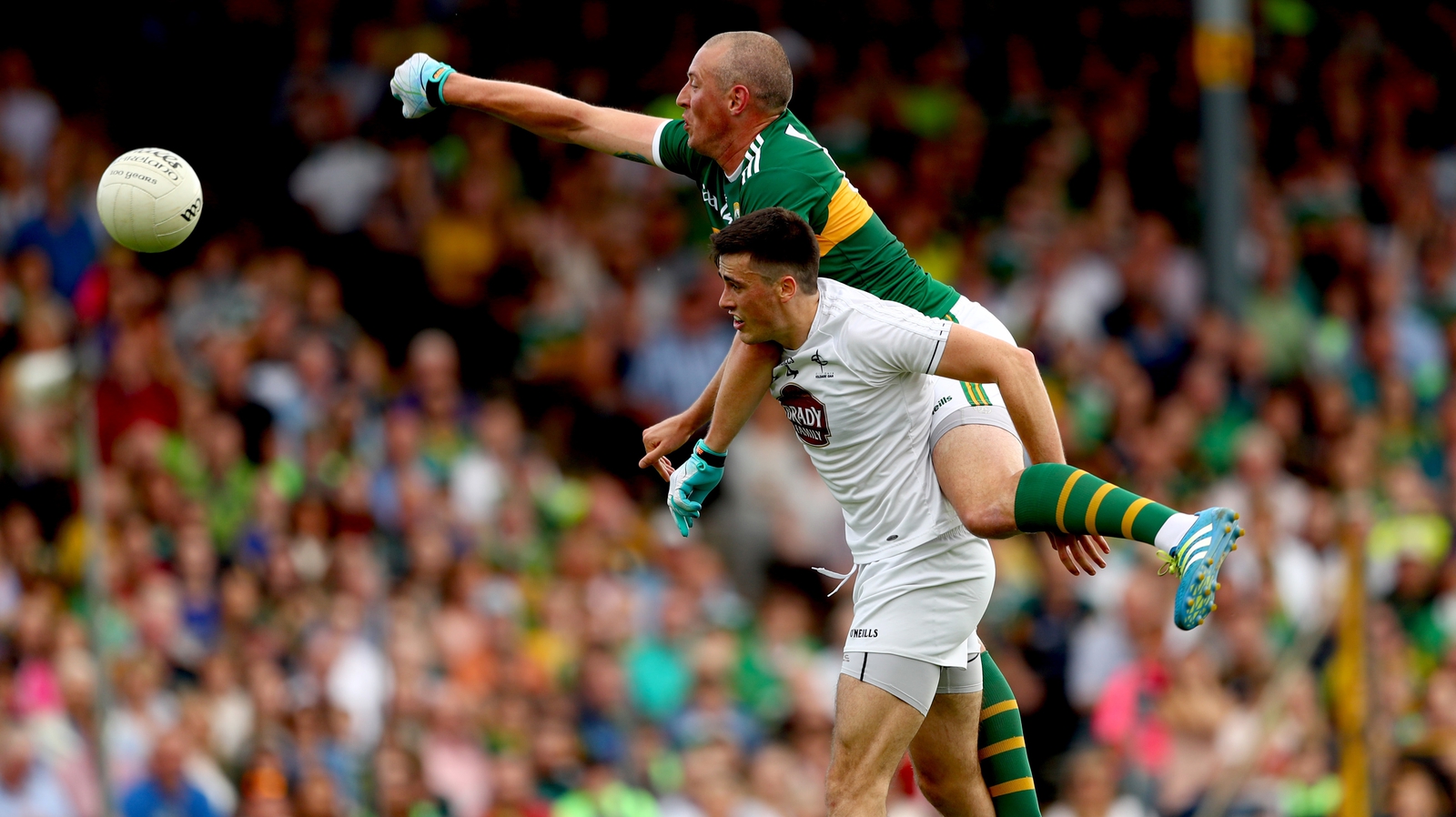 He won four All-Irelands, three All Stars and a Footballer of the Year award.

There is no way this deserves it’s own thread. Not on a Dublin forum.

Mods - please delete. Comment on his retirement can be made in another thread surely.

He single handedly got Kerry past Mayo in the semis in 2014 (after coming on as a sub in the drawn game I think).

Mayo didnt know what to do with him in that famous replay in Limerick.

Couldn’t care. I agree with HawkEye. He was one player I couldn’t stand.

It was also him who won the ball for Cliffords tap in against Monaghan. Thought he was a very good “Big Man in the around the square” type player but on another note I could never understand his love of Chelsea and especially cringe at the time he thought it was fun to sing “Ten German Bombers” along with Chelsea fans beside German fans.

A few moments before this incident he had been giving it to Philly, if you can’t stand the heat Big Man…

He was a player you love to hate. Big presence on the field and big game player. I thought, like others who retired before deserved the thread. If others/mods feel it doesn’t deserve it then delete

If I was eye-gouged I wouldnt be happy either.

If I was eye-gouged I wouldnt be happy either.

Me neither but if you dish it out you can’t complain.

her but if you dish it out you can’t complain.

Did Donaghy eye gouge someone? Genuine question, as I dont know!

More than a few people on here seem to have an anything goes attitude to winning. But they don’t like a player who would do anything to win.

Nowt’ as strange as folk

That pic wont display for me

Donaghy - how do you sum him up - effective on the field , however great man for dishing it out and going down like a sack of shit when touched. was it 2007 when we lost to Kerry by a point or two and Ross McConnell was in full back , he spent the game landing punches into McConnell’s kidneys - in front of the umpires. Same in 2011 throwing his weight around and then going down too easy when Brennan pushed him.

These 3 pictures are some of his final acts in a Kerry jersey and that is only a fraction of his usual antics. Some might feel compelled to laud him now that’s he’s retired. I find that hard to comprehend.

He went out of his way to antagonise other players or officials. Even when he was a waterboy he was on jostling with Dublin players trying to cause trouble. He chased Cluxton half the length of the pitch to trip him up when Clucko was en route to kick a ’45. He launched a cowardly assault on AOS in a the dying minutes as well as various other acts of thuggery on the pitch that went unpunished because he was “The Star” …

In reality he retired a few years ago but having started a new career the profile of inter county footballer was a convenience to have to help the career. Great player, who at his height (forgive the pun) was unmarkable. Armagh know that to our regret, as we found out in the 2006 quarter-final - a match that was effectively the All Ireland Final that year.

Unlike others, I feel he is very deserving of his own thread. You may not like him, but he was a huge figure (again forgive the pun) over the last decade and was a winner and did what it took to get over the finish line first. And this is a site - unlike many others - where differences of opinion are not only tolerated, but welcomed. I’d be very surprised if this thread is moved. (Rufus, you should have been a politician.

Donaghy was a player who do anything to win and we have a few of those thankfully ourselves. I like him , he was a big personality and I always thought he was generous enough to give credit when Kerry were beaten.

Yeah that’s all grand. I never said it shouldn’t be discussed though. I never said differences of opinion aren’t tolerated. I just don’t understand why he would be given the honour of his own thread to be hero-worshipped on his retirement. He’ll get that treatment in Kerry and will have his ego massaged down there.

And for the record, over the past decade he’s been more a gutless thug on the pitch than a winner. As the pictures I added earlier confirm.

Hero worship a slight exaggeration Hawkeye. I was happy enough to shout abuse at him back in his heyday while also lamenting we did nt have a player like him( pre 2010).