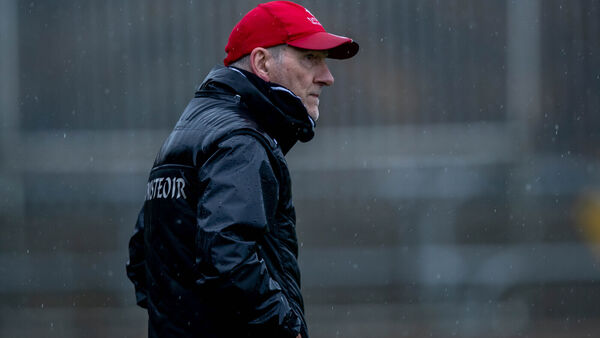 Speculation grows that Mickey Harte has request to extend term as Tyrone boss...

Sky Sports reporting on it too

All the more reason to take it with a pinch of salt!

Would be much more likely to believe them then Fogarty or sky! The more local the better usually for GAA news…

The CB has rejected his appeal for a one year extension.

You could read it that they want to open the invite to everyone - including MH - on a 3 yr term…or it’s their way of telling him gently they want someone else. My guess it’s the latter.

To non-tyrone fans he had lots of negatives. But to people here, he gave them 3 AIs. As a person he has more good points than bad.

I kind of wish MH had left when his daughter died - with his legacy intact. Although I understand why he didn’t. Maybe kept him sane. Feel for him if this is how it ends - that he outstayed his welcome.

Tyrone need a fresh approach . Was similar for Meath a few years ago when Sean Boylan when stayed a couple years too many.

Genuinely think Tyrone need to be very careful here, the grass isn’t always greener. Every possibility that getting rid of Harte could go very wrong.

It’s not exactly like Tyrone have been underperforming lately, not sure what some people expect from them when they’ve been up against what is agreed to be the best team ever over the last 5 years.

Let him have the extension, he’s doing a great job … they are crap

And they never recovered from it.

i would think most Tyrone fans would like to see him move on ,they have not beaten Kerry,Dublin or mayo in the last 10 years ,if you cant get past at least 2 of them every year you have no chance of winning an all ireland .

He’s propably past his sell by date but it may be unjust to dump him in a year where there was only one championship match for them. With the vaccine we will probably have a full championship next year so give him one last lap.

Or your case my friend purdy pudding

I think mickey see’s an all Ireland in that team now with what’s there and wants to be there for it , had there been a back door this year Tyrone would have possibly got to a final, few manager’s go out at the top. we were blessed to have Jim

I know I’m very biased - but I think MH would’ve done well this year through the qualifiers.

And next year will be much better.

That extra year will give the CB time to line up a successor as well. It just seems too soon with an exciting forward line for 21.

if tyrone we’r to go on and win the all ireland in the next couple of yrs with that team that mickey built, without him as manager it would literally break his Harte

I’d like to see MH get one more year

But then they’d need to change the proposal - a 3 year stint - which is unlikely at this stage. Offering 3 years seems to me that they are looking beyond Harte.

Yeah I think the die is set. The 3 yr term is with a new mgt in mind.

I know it’s not the logical way of looking at it. But I feel for MH.

I spoke to him when my wee girl was at the Michaela summer club last yr. I didn’t say much…just listened to him.

The only thing is if he does leave, at least he’ll have that to focus on. Plus I’m sure there’ll be clubs looking him.

Maybe a change will do him good as well.

I’m sure there’ll be clubs looking him.

A lot of me thinks that Harte is there too long and what is a amateur sport, he should be allowing someone else to have a go. It’s frankly a little selfish to be thinking you can go on as long as you want with everyone else asked to wait at the back of the room .

He’s had his innings . Tyrone have plenty of football brains in the county who would do a great job if allowed to do it .