With Cork and Kerry drawn to face-off in the semi final it gives the other 4 counties a huge opportunity to get to a Munster Football Final.

The pick of those four wouldn’t beat Kerry or Cork for that matter. It would be nice to see the Langers put it up to the Keepers though.

Now, my betting record is abysmal, but Limerick -3 this weekend with PP, seems like the most generous handicap I’ve seen in a long time…

Waterford to win by 7+ now

I would be predicting Limerick and Tipperary to win on the weekend.

Are we doing predictions for Provincial games in the football championship this year like with the league?

Limerick and Tipp to win this weekend definitely. Tipp to get to the final. I really couldn’t comment on who they’ll meet there though

Clare v Tipp is first championship meeting since 02. Clare haven’t beat them in league since 03. Even though they are league above them Tipp have always been a bogey side for Clare. Could be last championship game for Clare legends Gordon Kelly and David Tubridy. Watch out for Clare full forward Joe McGann who has a big future.

Its all Limerick after 20 minutes in Dungarvan. 2-4 to a point up with goals from Cillian Fahy and Aidan Enright. 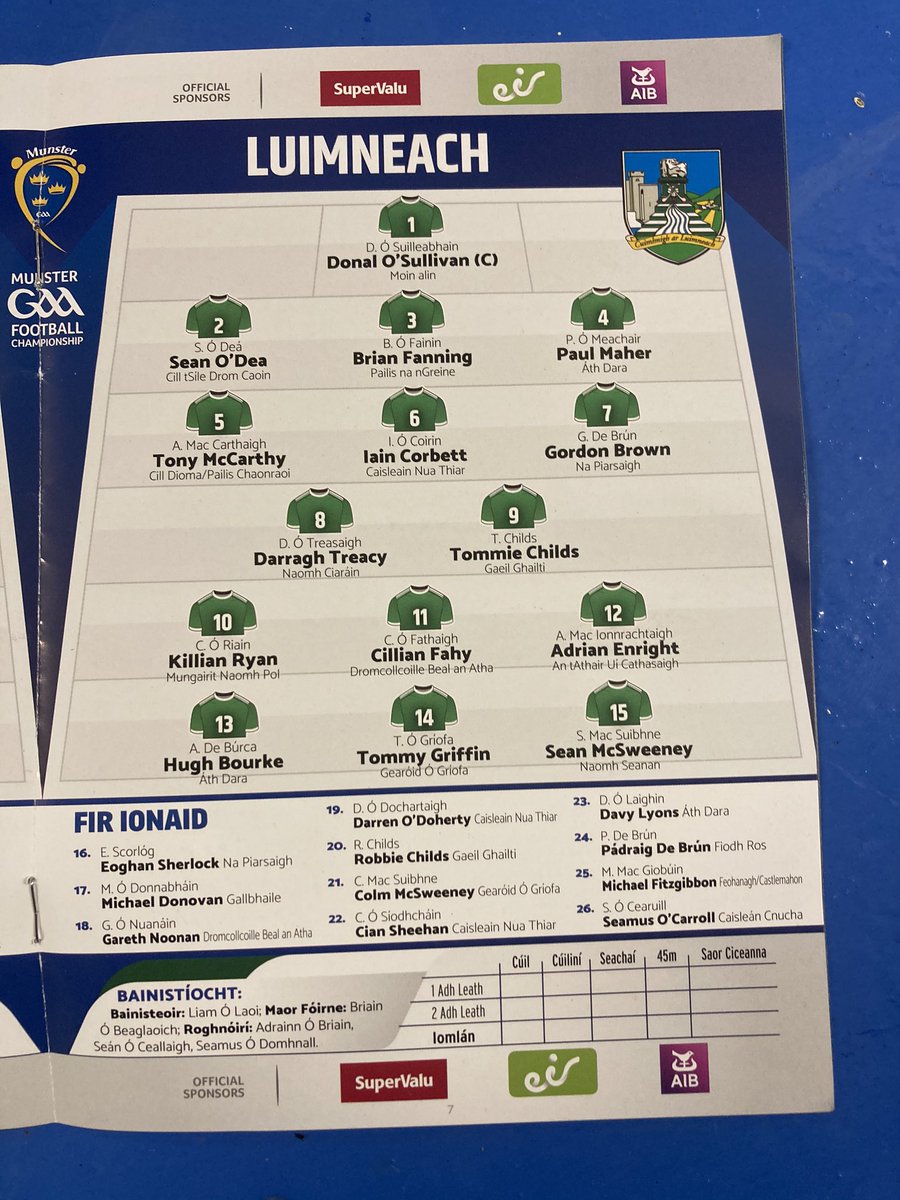 The best footballers in Waterford play hurling. Basically the reverse of us here in Dublin

Except for Connor Murray, indeed.

That could could apply to all Munster counties bar Kerry regarding county footballers.

All over at Fraher Field. Limerick defeat Waterforf 2-14 - 0-9. The Deise were better in the 2nd half didn’t have enough quality to really worry the Limerick goalie and captain Donal O’Sullivan.

Do you see the game @Ohm_Flatley?

Tipp won by a goal

I see where the inability to get fundraising in the States has led to cutbacks in the Kerry squad matchday transport:

That’s for overnights to Monaghan.

Monaghan would have a blue line though.

The team to bate the Yerras

Championship debut for Colm O’Callaghan. Good too see. Maybe didn’t score as much as u20 level as the likes of Cathal O’Mahony and Daniel Gore a very solid forward in that team and pretty good minor footballer before that too.

Not always been fully convinced by Micheál Aodh Martin when seeing him play for Nemo Rangers but we’ll say what he does.

It’s good to see a few younger lads get blooded, the results mightn’t follow straight away but they’ve tasted success at underage and there’s no reason why in time they can’t have it at senior level either.

Not convinced on Micheal Martin also, either of them actually.

How often would they screen the ould Nemo games in Fairfield?