Have to say I found that hard to answer.

What’s the status of the O’Se bros? Is there a diary entry in this one? Will Aido cry if they win?

Course he will and ya can bet his hair will be corn cobbed, his mucles flexed, because one never knows who’s watching or taking that award winning photo or indeed maybe some rte creative director looking for the next big thing… like celebrity big O’Shea brother? Break Dancing with the O’Sheas? Breffy hills cop? Who knows?

Does a full strength Mayo @ 2/1 versus a depleted Dublin team offer very good value or am I overthinking the extent of Dublins potential issues because of the Blue Tinted Glasses?

I’m all over that like a rash… What am I saying, never back against the Dubs!!!

I’m all over that like a rash… What am I saying, never back against the Dubs!!!

It’s the opposite principle of backing Rangers … at least when they win then you’re happy.

I wouldn’t back against Dublin as a rule, just on the face of it 2/1 seems a big price.

Rock back to doing nothing from play, O Gara not a big scorer, No Paddy, No Diarmo, No Brogan, No McCarthy. No McCaffery

Think were going to struggle.

Keegan will be like a lost puppy without Diarmuid. 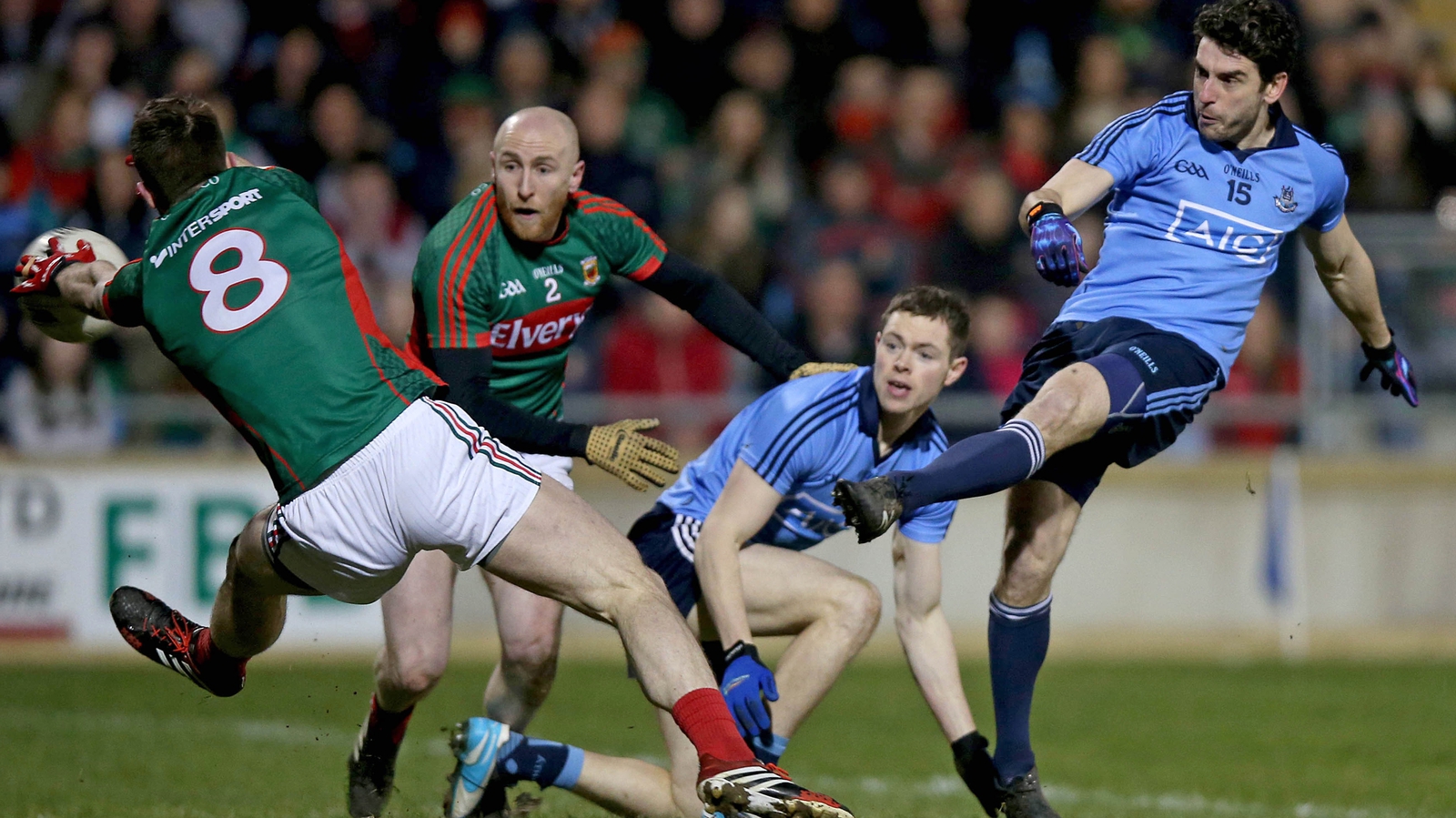 Ahead of this weekend's clash at Croke Park, James McMahon revisit some recent league meeting involving Dublin and Mayo that have helped to shape this modern day rivalry.

The second and fourth paragraphs of this article make interesting and contradicting reading.

I saw Bohemian Dub in Phibsboro earlier with his Mayo hat and scarf. He’s mad keen for this one.

Bohs Rovers tomorrow, Dubs Mayo Saturday, I’ll do well not to have an aneurysm by the time this weekend out.

D- in Maths playing up on me again!

Lads, any idea if it’s worth going down to the ticket office to try and swap two hill for stand tickets? I know the guys in the ticket office won’t swap them (as they said when I was collecting them with the Parnell passes) but would many be looking to buy hill tickets for tomorrow?

given the weather forecast, i doubt it.