I knew you did!

Is it possible this match could fall victim to this horrible weather?

Is it possible this match could fall victim to this horrible weather?

You never know. If this rain keeps up, the pitch in PP may become water logged & unplayable. It happened during the floods a couple of yrs ago. The match was switched to the all weather pitch out in Brigids.

It’s just daft. The whole thing is daft. Whatever about football, playing hurling in this weather is lunacy. 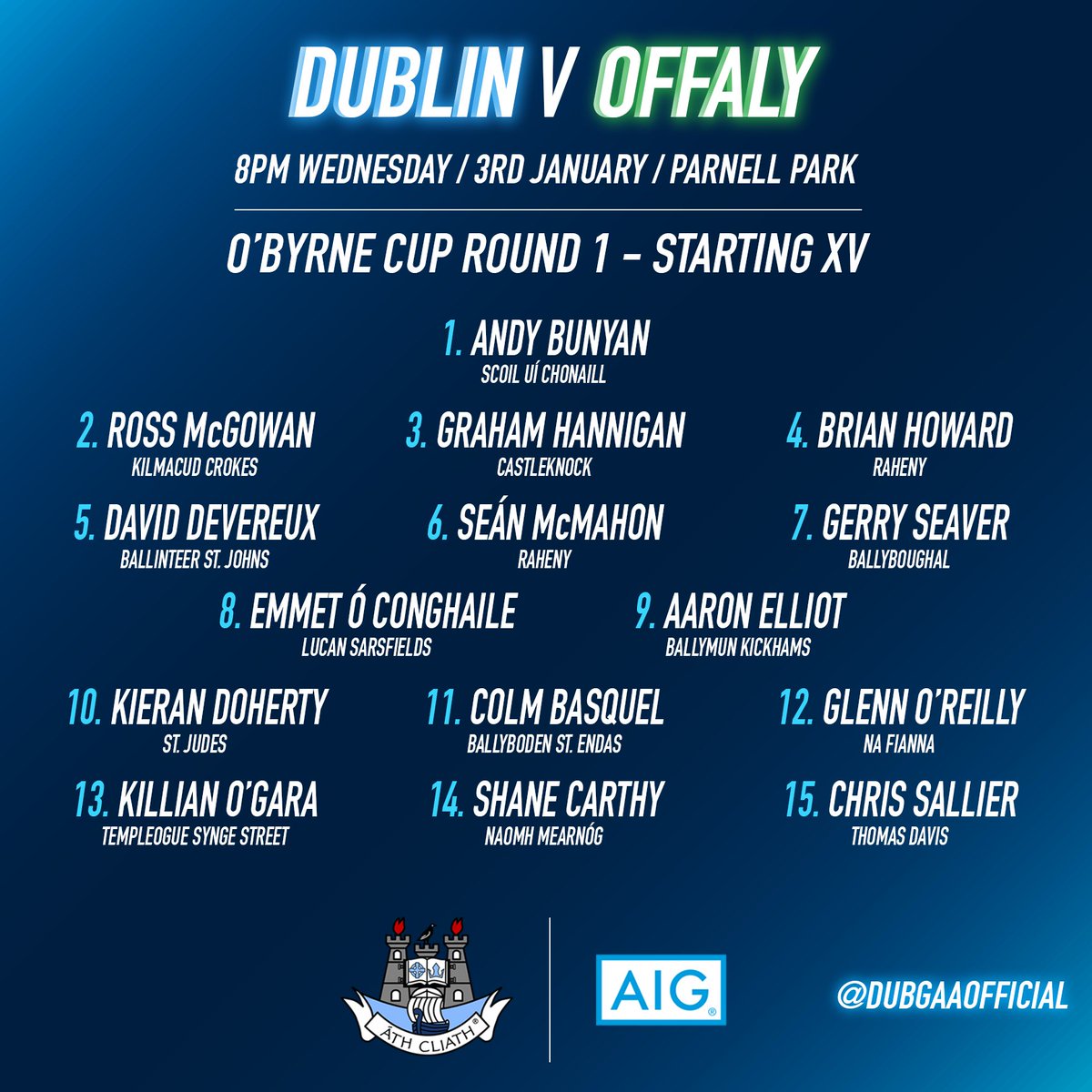 Looking at that team sheet, The Lillies will be writing their victory speech as we speak. Doomed.

Still some amiount of quality for a 3rd string.

Still some amiount of quality for a 3rd string.

I did have tongue firmly in my cheeks. Ooer missus!

It’s the start of another adventure and opportunity for all those lads but especially the ones who have been in and out of the squad and on the fringes of the top 20 for several years. As always, it will be really interesting to watch their progress. Last year’s transition of players from OB Cup squad through to league and eventually in one or two cases to championship was really great to see, and must give serious hope to all those trying to break through. Scully was one I recall, if my memory doesn’t fail me.

For those of you starved of success for several months, and harking back nostalgically to the start of our great OBCup years:

Great to see so many clubs been represented

Surprised that the likes of Murchan and Byrne from Na Fianna not included. Similarly re Paddy Small. Also where’s Philly Ryan gone?

Very impressed with Glen O’Reilly in u21s last year. Very Fentonesquein in how he plays. Think Hannigan from Castleknock is another good prospect.

Hopefully a couple of players show as Niall Scully did last year. Would accept losing the OBC title if we achieved that

Apparently the Offaly manager,Stephen Wallace has come out ahead of tonight’s game to state that there’s only one way to play football and that is…the Kerry way!!

Stephen believe it or not is a Kerry man

And so it begins again…

Good man wallace and good luck with that.