Hi all, just wondering if anyone can help with a 70th birthday present idea for my father in law. He lined out for dublin hurlers in the 1972 U21 AI Final against Galway. I’d love to give him a copy of a match programe/team sheet from the game, even a scanned copy would do just to invoke some memories. Would be great if someone could point me towards where I could find such a thing 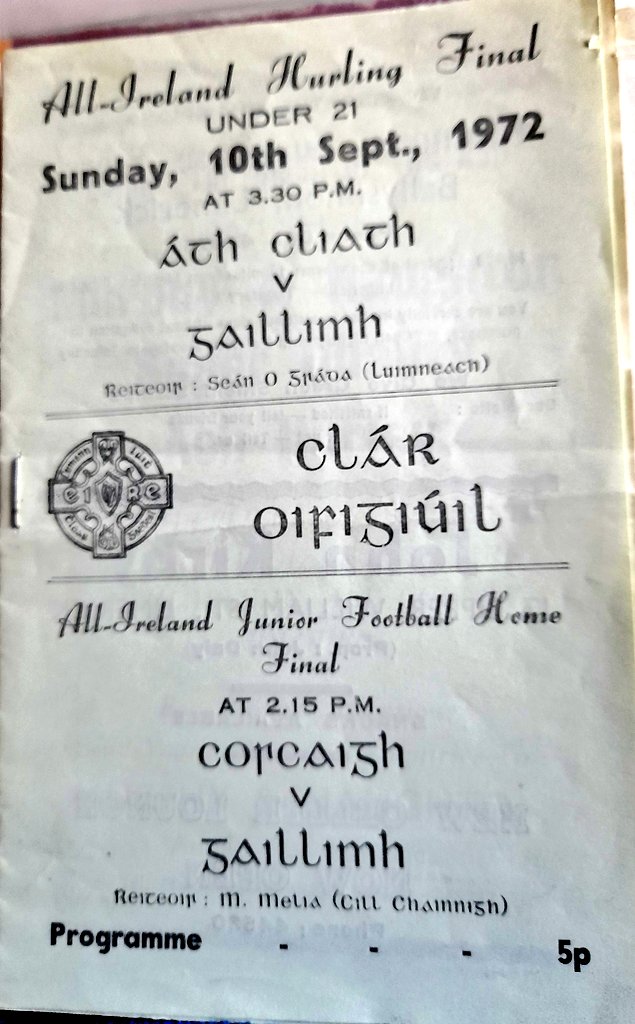 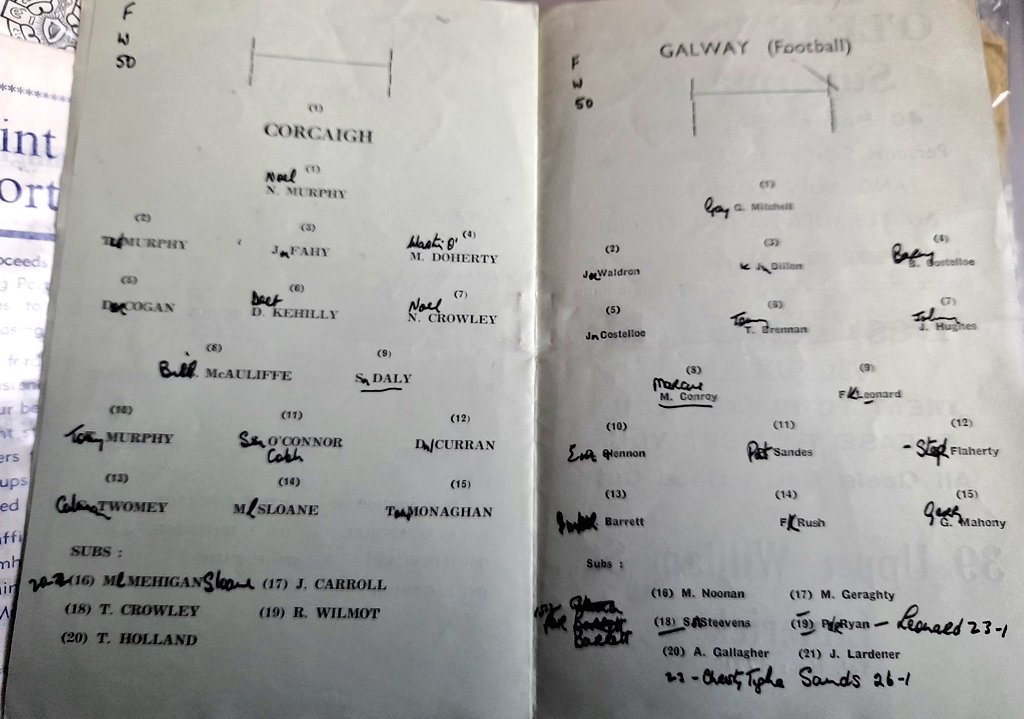 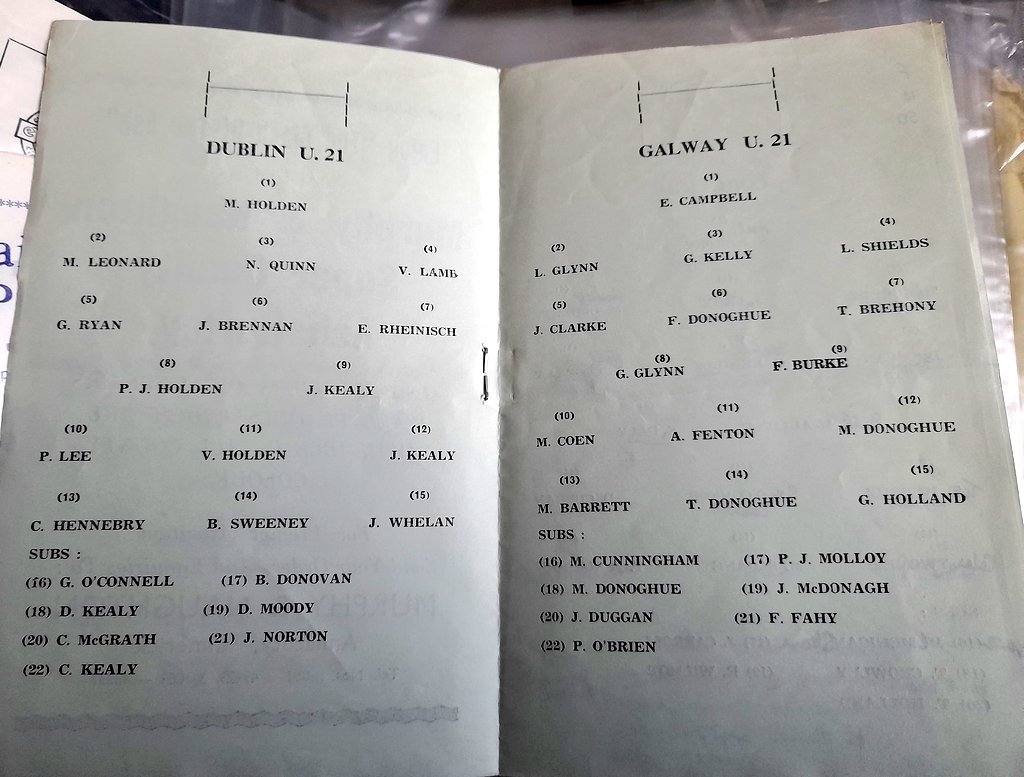 Did/does your da know a Cunningham from Ballybough who played U-21 hurling for Dublin back in them days, father of Anto who used to do the Blue & Navy magazine

Ah thanks a million, that’s amazing. I’d say he’ll get a real kick outa seeing this!

Some names on display there. The three Holdens - I didn’t realise that Mick played in goal back then (assuming it is the same Mick Holden). Cannice Hennebry. Eamon Rheinisch. Names with long associations with Dublin hurling.
Frank Burke, Michael Coen and PJ Molloy are names that stand out (to me) from the Galway team. I think the “J Clarke” listed at wing back is in fact Iggy Clarke. Was he once a priest who left the vocation and got married?

I remember being at that game as a young lad but don’t remember much of the detail of the game itself. I knew the 3 Holdens played but can’t place the 4 Kealys, I see J. Kealy lined out in two positions

Bernard Donovan (17) from Crumlin won an All Ireland Senior Football medal two years later as a sub with the 74 Dubs. I’m not sure if Donal Moody (Saints Michael and James - now Liffey Gaels) did as well.
I think the Late Dave Billings was on the extended panel that day, he also was a sub in 74.

He was injured in the 1980 semi v Offaly but was called on by Joe Connolly to lift the cup with his good arm!

V (Vinnie?) Lamb at corner back - from Vincent’s? 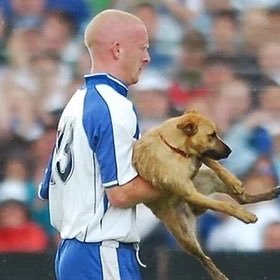 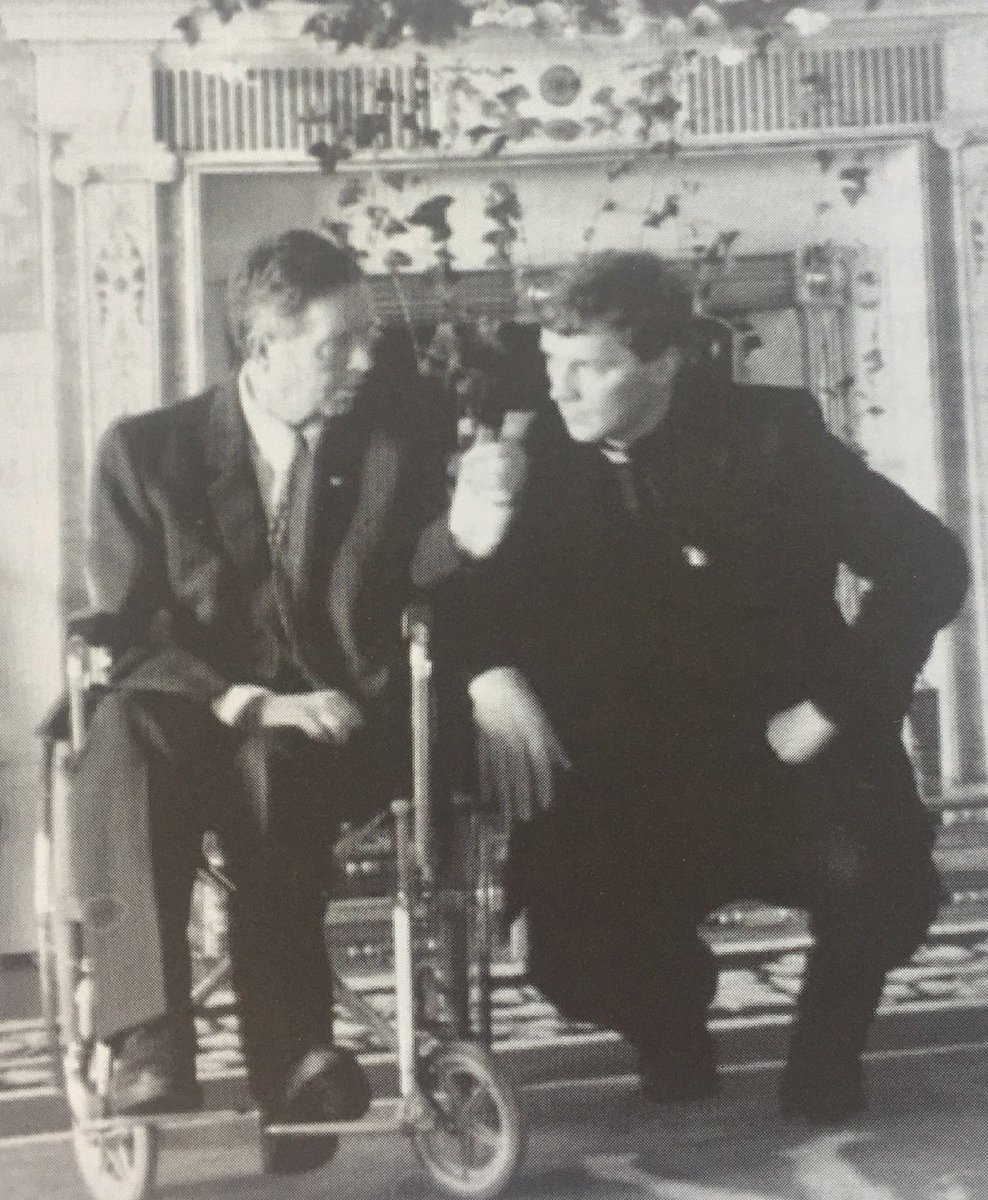