I’ve noticed that there’s nowhere to discuss random old games that might be on tv or anywhere else. Thought it might be better to have a thread for them than posting in the Kerry Dublin Replay thread.

Just watched Kildare Meath replay from 1997 was a brilliant game. Have to say football was far better then. No blanket defense no endless handpassing across and back man on man great battles and cracking atmosphere too. I know it’s 2 teams we don’t normally discuss but I enjoyed it. Some really good players on both teams

From one oul fella to an aulllad … are you taking the Michael here ?

Nope just my opinion you don’t have to agree

Good man. I was just checking all was ok.

Watched a bit earlier. Mad to see how the game has progressed especially in terms of possession. The amount of times the ball was kicked over the sideline or to an opponent needlessly or under no pressure is insane. Lads would get whipped off for doing that nowadays. The blanket defence really has been a poison on our game.

Case in point was Devine at the end. Kicking a hail mary short in to keepers hands. Nowadays that ball would be held on to, kicked back/side ways, game management. Kildare go up the other end and get the equaliser.

Though how ref didnt give a free out for the foul and tragic attempt at a dive by the Lynch was incredible. Then you realise it was Bannon.

Certainly more intelligent and precise football these days, than pre-2000s anyway, at the higher level, more especially when both teams don’t go blanket, but the holding of possession has been going longer than some think, first time I ever saw two teams doing it was the Kerry Vs Derry league final in 2008 or 09, as Kerry planned to counteract Tyrone in championship.
Derry were playing a similar style to Tyrone.

Dublin’s holding possession before the final one or two attacks Vs Kerry in the 2016 semi-final was a great example.

Kildare had some fine footballers back then but I always felt Lynch was overrated.

No you wouldn’t.
I’d be lynched.

I was doing a multiple choice nickname quiz on something the other day and apparently your man Eamonn Callaghan is known as Leper. Needless to say I guessed correctly.

Bill Sex always got a good clap off them…

I suppose it was a form of intercourse 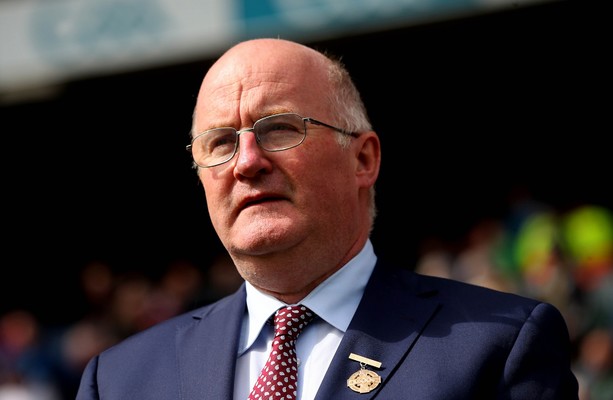 Sunday Game to return this weekend with guests including GAA president John...

A classic game from both hurling and football will be among the topics of conversation this Sunday night.

Will be interesting to hear what Rockford has to say

Time just Files when he’s talking about a case

The Rockfords is another variation on rhyming slang for an uncomfortable medical condition.